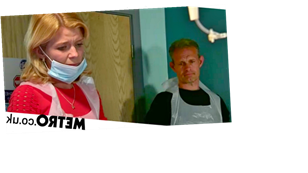 Leanne Tilsley (Jane Danson) refused to ‘give up’ on Oliver Battersby in Coronation Street as she learned that life support is the only thing keeping her son alive.

Oliver’s diagnosis with mitochondrial disease has been tough for Leanne to accept, but matters were complicated further when the young boy suffered a series of devastating seizures in Friday’s episode (September 11).

Matters went from bad to worse when Dr Howarth (Caroline Harding) informed Leanne and Steve (Simon Gregson) that Oliver’s seizure hadn’t stopped, and therefore he had to be sedated.

The doc also told the worried parents that they should prepare for the possibility that Oliver might not recover this time.

In tonight’s double-bill (September 14), Dr Howarth attempted to remove the breathing tube and lower Oliver’s sedation, but the little boy started seizing again — meaning that they couldn’t carry on.

What is mitochondrial disease?

Mitochondrial diseases result from failures of the mitochondria, specialized compartments present in every cell of the body (except red blood cells).

Mitochondria are responsible for creating more than 90% of the energy needed by the body to sustain life and support organ function. When they fail, less and less energy is generated within the cell. Cell injury and even cell death follow. If this process is repeated throughout the body, whole organ systems begin to fail.

The parts of the body, such as the heart, brain, muscles and lungs, requiring the greatest amounts of energy are the most affected.

Symptoms vary depending on the organ(s) affected but may include seizures, atypical cerebral palsy, autistic features, developmental problems, fainting and temperature instability.

According to The Lily Foundation, the prognosis depends upon the severity of the disease and other criteria. As more research funds are raised to find more effective treatments and ultimately a cure, some of the affected children and adults are living fairly normal lives with mitochondrial disease.

In other cases, children may not be able to see, hear, talk or walk. Affected children may not survive beyond their teenage years. Adult onset can result in drastic changes from an active lifestyle to a debilitating ilness is a short amount of time.

Treatment plans vary from patient to patient but involve therapies, diet changes and other means to try and slow the progress of the disease.

You can find out more information from the NHS here.

She told a heartbroken Steve and Leanne that the seizing will not stop, and Oliver will be unable to breath without a tube — meaning that life support is the only thing keeping him alive.

Steve attempted to come to terms with the news, but Leanne refused to believe that her son will die.

As the second instalment concluded, she informed Nick (Ben Price) that she’ll do whatever it takes to help her son, and that she’ll search high and low for a doctor who knows how to cure him, as she refuses to give up hope.