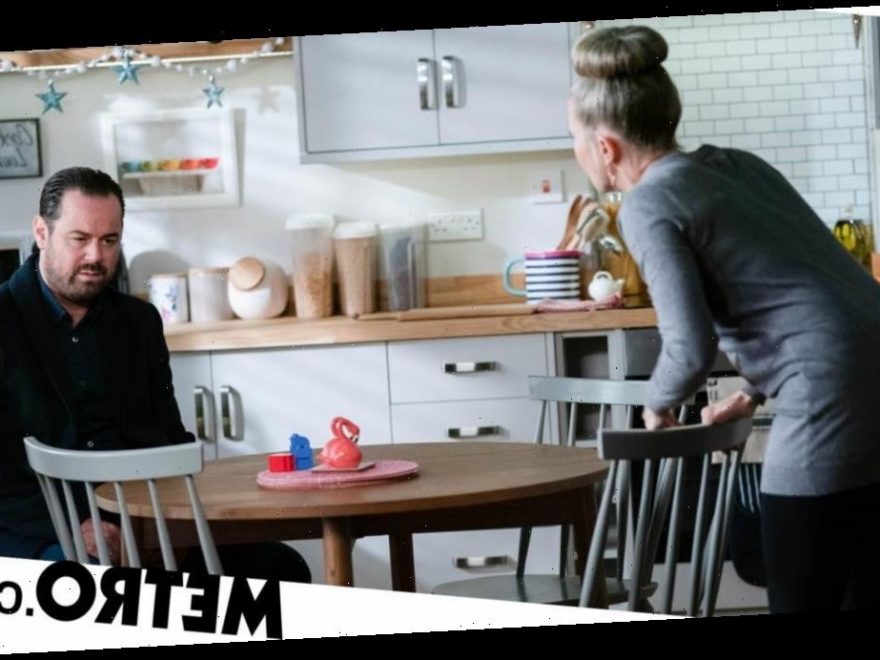 Linda Carter (Kellie Bright) has been growing closer to Max Branning (Jake Wood) in EastEnders, which is something that has left Mick (Danny Dyer) incredibly concerned.

With Mick refusing to open up about what’s on his mind, Linda has felt rejected time and again.

Therefore, she’s sought solace in the company of Max, who has been more than willing to listen to her.

While Mick has been concerned about the prospect of losing his wife, things escalate later this week when, after another showdown with Katy, he rejects Linda once more.

A guild-ridden Linda desperately tries to read Mick’s mood the day after. He appears disinterested, but it’s clear that he doesn’t want to address the elephant in the room.

Max later finds Linda in the Square and she informs him that Mick doesn’t care about her, and won’t even address her.

Little does she know, however, that Mick does care about her, as he watches her speaking to Max from the window of his flat, evidently heartbroken.

Will Mick open up to Linda about what he’s going through?