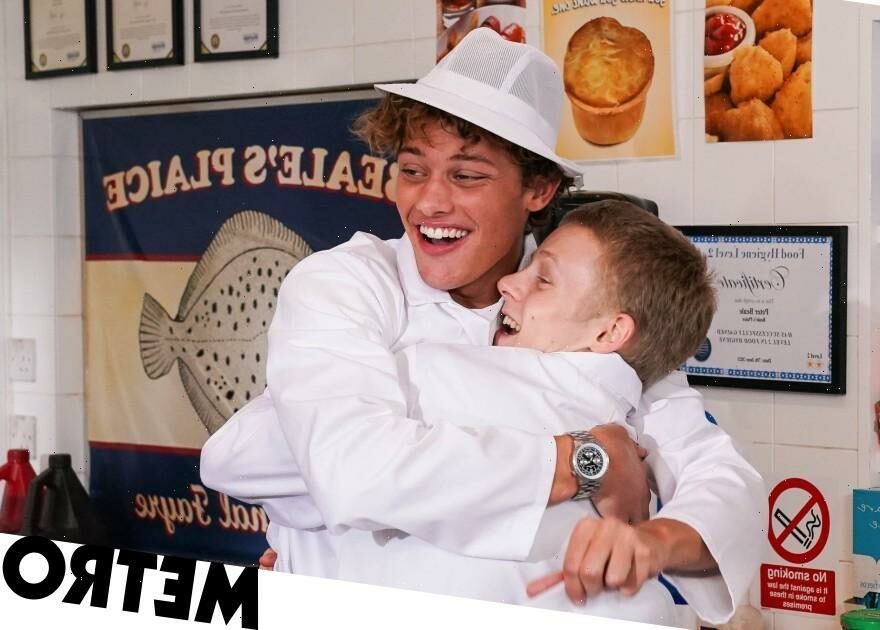 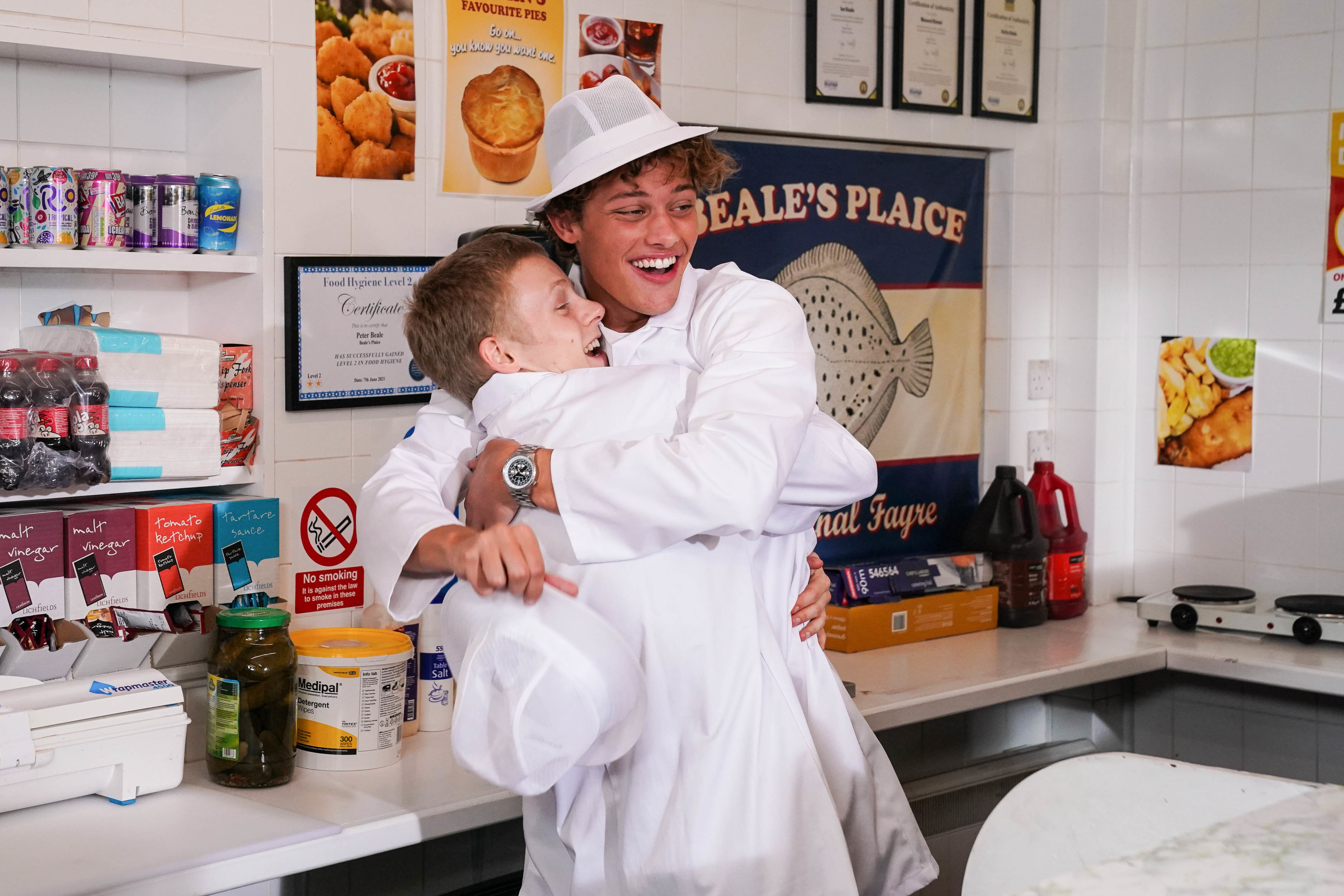 Almost as soon as Freddie Slater (Bobby Brazier) appeared in EastEnders, he was getting into trouble.

First he stole a bap from Stacey (Lacey Turner)’s stall, then later he got into an argument at the tube station after trying to travel without paying a fare.

On that occasion, Bobby Beale (Clay Milner Russell) stepped in to pay the fare for him and save him from being fined.

It looks like this could be the start of a lovely bromance that’s set to flourish in future episodes as the two start working together.

Freddie decides to get a job to help out Billy (Perry Fenwick), whom he still believes is his father. Billy needs the cash to pay legal fees after being arrested by DCI Keeble (Alison Newman) for the murder of her father. Out on bail, Billy is upset that Phil (Steve McFadden) refuses to help out with a solicitor, so Freddie decides to do what he can.

Bobby offers him a trial shift at the chippy, and Freddie’s cheery personality with the customers ensures that the shift is a success. Bobby offers him a permanent job, looking forward to working alongside the cheerful and engaging Freddie more often.

But there’s trouble brewing for Freddie, as Honey (Emma Barton) reminds Billy that he needs to know the truth about Billy not being his dad – Freddie is actually the son of Graham Foster, who raped Freddie’s mother Mo (Kacey Ainsworth) while she was married to Billy.

How will Freddie react when he gets this shocking news?