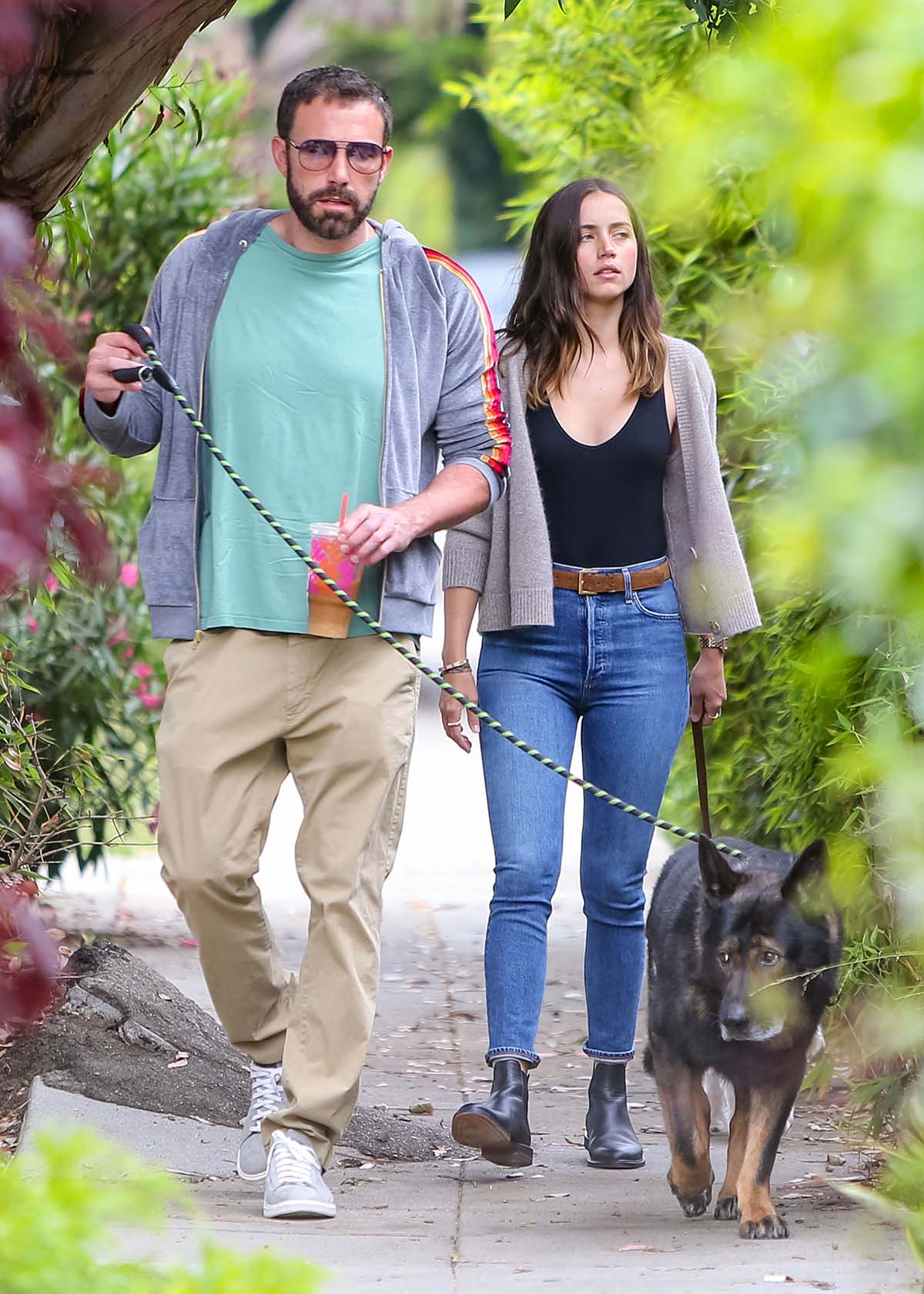 Life under the microscope. Ana de Armas didn’t appreciate her relationship with ex-boyfriend Ben Affleck being scrutinized by the public.

Ben Affleck and Ana de Armas: The Way They Were

De Armas and the Town actor, 50, first sparked dating rumors when they were spotted together in Cuba in March 2020. That same month, a source told Us Weekly that the pair were “happy together and officially dating.”

Just shy of a year later, another insider confirmed to Us in January 2021 that the pair had amicably split. “Ben and Ana were moving in different directions in their lives and stopped seeing eye to eye. The two couldn’t work through their differences and have decided to end their relationship,” the source said at the time.

The No Time to Die actress has previously spoken out about the “horrible” attention she and Affleck faced leading up to their breakup.

“It became a little bit too much. There’s no escape. There’s no way out,” she told Elle for their cover story last month. “That’s one of the reasons why I left L.A. … It’s always the feeling of something that you don’t have, something missing. It’s a city that keeps you anxious.”

Jen! J. Lo! All of Ben Affleck’s Loves and Flings Through the Years

Prior to her relationship with the Argo director, the Blade Runner 2049 actress was married to actor and model Marc Clotet from 2011 to 2013.

Affleck, for his part, married Jennifer Lopez in July after previously being engaged to the “Jenny From the Block” singer from 2002 to 2004. He shares three children — Violet, 16, Seraphina, 13, and Samuel, 10 — with his ex-wife, Jennifer Garner.

In addition to discussing life in the public eye, de Armas told Variety about her experience portraying Marilyn Monroe in her new film Blonde.

“It’s been a roller-coaster of emotions. There were moments where I thought maybe this movie would never come out,” she told the outlet.

Actors Who Portrayed Real People in Movies and TV Shows

Her Knives Out costar Chris Evans told Variety that he couldn’t believe he was looking at his real-life friend when he saw a still from her camera test.

“I remember looking at it and saying, ‘OK, that’s Marilyn … where’s your shot? That’s you? Holy s—t! You’re going to win an Oscar for this,’” he said.