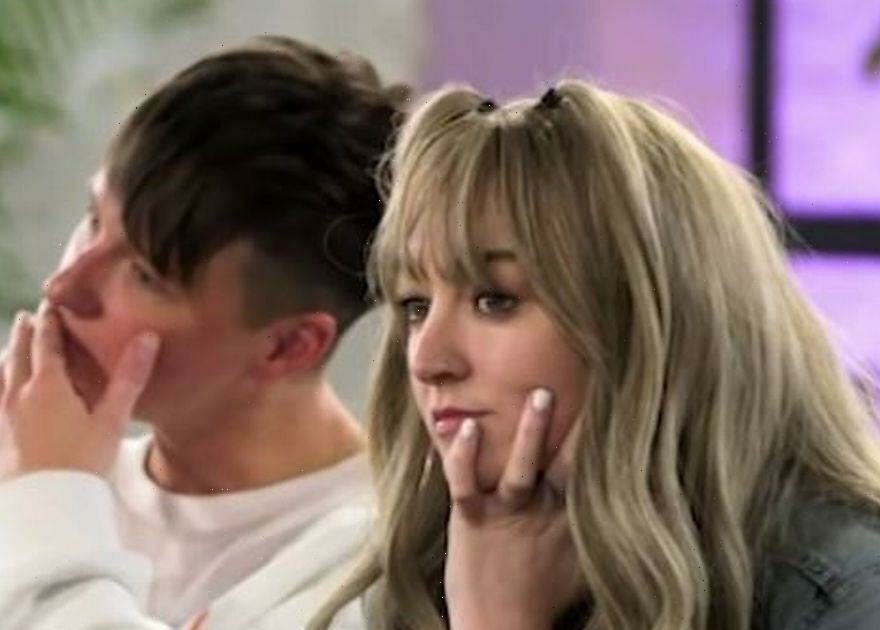 Married At First Sight stars Jenna and Zoe’s relationship hit a rocky road at the commitment ceremony on Wednesday’s episode of the E4 show.

All of this year’s contestants were together during the episode as the relationship experts questioned the couples on how things were going.

During the show Zoe said she had given the relationship her all, but her wife was left furious. Jenna spoke to the camera and explained how she felt about Zoe’s comments to the experts. She said: “There’s things that I’ve never heard her say that will all of a sudden come out of her mouth.

“It’s like, why can’t we have these conversations behind closed doors so it’s not a bomb being dropped on me”.

She added: “I feel like if I was going to air it in front of everybody I would not embarrass her, I would warn her first”.

Following the scene, Zoe asked Jenna if she was annoyed before she stormed off to the shock of the other contestants.

However, fans were left the most confused as they took to social media to share their thoughts on the argument. One person wrote: “Jenna being asked of she's ok after storming out & saying she's ok when she comes back in…”.

“Jenna needs to stop whining all the bloody time. Grow up and take criticism…,” said another less impressed viewer.

While one viewer decided to take a logical approach to the pair’s argument: “Tough one. Zoe was clearly awkward bringing up her concerns but maybe waited until she could get the experts help … on the other hand, Jenna probably can’t discuss it properly when it’s sprung on her in front of everyone.”

One Tweeter racked up the likes as they penned their thoughts: “I think the actual problem with Zoe isn't anything to do with food, I think it's because she is she's rather immature compared to Jenna”.

Another touched upon Jenna’s vegan diet as being one of the couple's issues: “I've seen Zoe give her ALL in this. She's the one cooking Vegan meals, helping others, understanding Jenna, open to discussion with the experts, coming up with ideas for growth.

"I'm waiting for Jenna to give something to this relationship," they added.