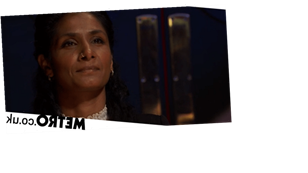 Suki Panesar (Balvinder Sopal) is always a woman with a plan in EastEnders – and the chances of her giving the Slaters any respite over coming weeks are slim to zero.

Recently, she tricked gambling addict Kush Kazemi (Davood Ghadami) into putting the Slaters’ home up in a game of poker – which she won through cheating. She eventually had a change of heart and allowed them to stay – but there is always another motive in store.

With the Slaters penniless, Kat Moon (Jessie Wallace) has been forced to embark on a risky robbery with the Mitchells which could spell the end for them – and all the while, Suki is working on her plans for the home.

Suki has plans to turn the Slaters’ house into studio flats but she tells Ash (Gurlaine Kaur Garcha) that she hasn’t told the Slaters about her plans which, as usual, are underhand.

And she needs some help from someone with a little bit of sway – step forward Ian Beale (Adam Woodyatt), who has his own financial crisis right now.

Suki sees Ian in the restaurant looking flustered and she seizes the opportunity and tells him of her plans for the Slater’s house – she remarks that they can help each other.

Will she be able to persuade Ian to use his council connections to get her development plans through – for a price?

Later, though, after Suki has another discussion with Ian, Iqra Ahmend (Priya Davdra) makes an unexpected discovery. Has she found out the truth about Suki and Ian’s sneaky arrangement and will she blow it apart?