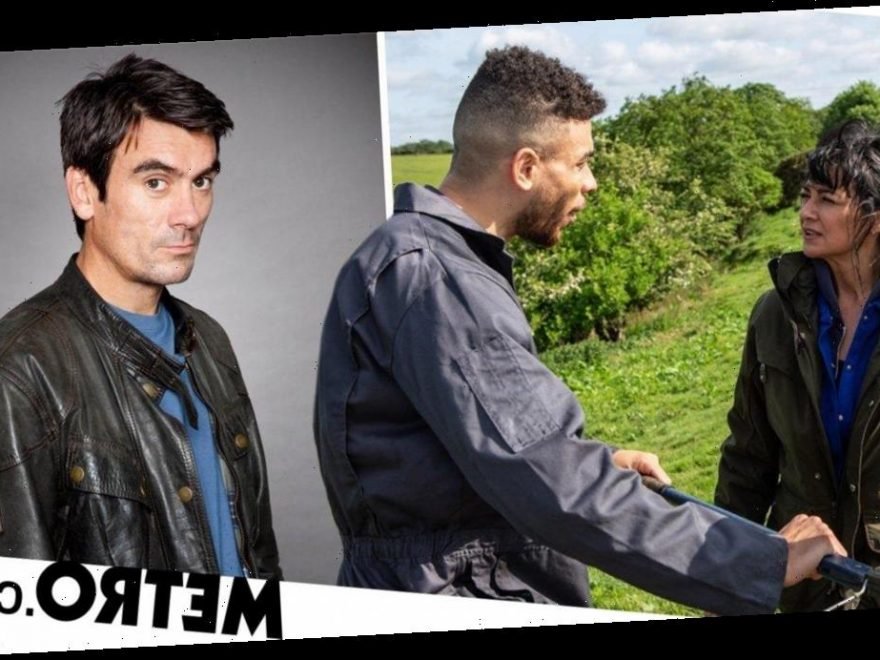 Ever since mysterious and sleazy farm hand Nate Robinson (Jurell Carter) swaggered onto Butler’s Farm and made it clear that he was out to destroy Cain Dingle (Jeff Hordley), fans have been trying to figure out who he really is and what his motives are for trying to pick apart the hard man’s life.

Nate has wasted no time in getting under the skin of Cain’s wife Moira (Natalie J Robb), poisoning her against her marriage and embarking on a lust filled affair with her. He also spent time trying to persuade Amy Wyatt (Natalie Ann Jamieson) to stand up to Cain with regards to seeing Kyle.

While Emmerdale has yet to officially confirm that there is more to Nate than meets the eye, star Sally Dexter, who plays Cain’s mum Faith, has revealed that the bombshell will rip the family apart and have huge and life changing consequences.

She told The Mirror at the recent Inside Soap Awards: ‘Yes, there is a very shocking twist with Nate’s identity and it has dire consequences for my son Cain, for Moira my daughter-in-law, and me.

We have to come through a heavy storm and some of us might not make it. It was some of the most harrowingly emotional scenes I’ve ever done.’

As a showdown explodes this October, Cain learns the horrifying truth – but will everyone survive his explosion of rage? Sally hinted that things might be bleak for more than one party and confirmed that she would be leaving the show. However, it remains to be seen whether this is temporary.

She told Metro.co.uk: ‘It’s going to be an explosive October. I may have to leave for a little while…’