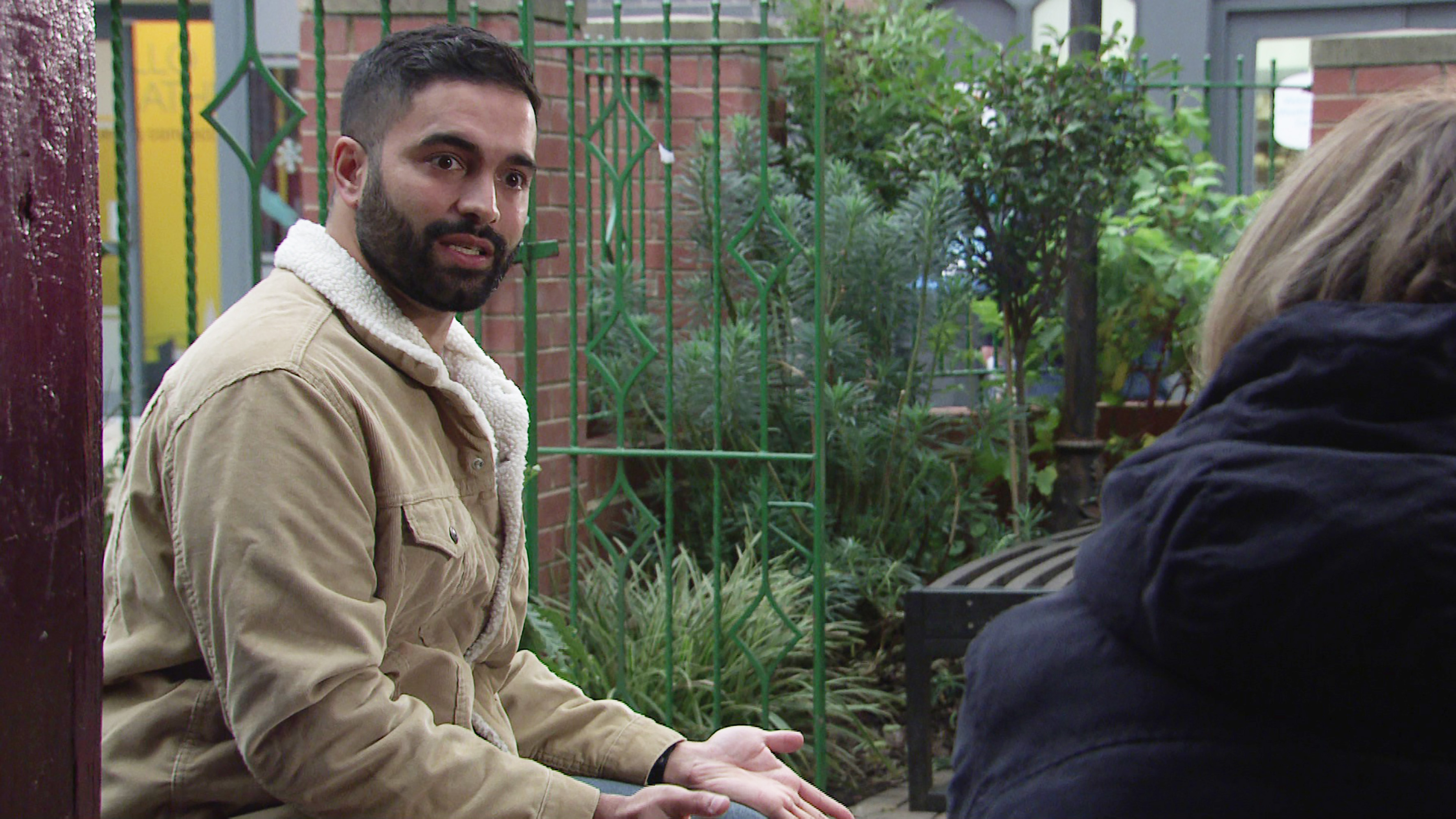 Of course, viewers are aware following Kelly (Millie Gibson) and Corey’s (Maximus Evans) court trial, Imran spent the night at someone’s, but that someone wasn’t revealed to be Abi until a few weeks later.

Coming up, Abi and Imran meet up in Victoria Garden.

Abi tells Imran that she’s planning on doing a pregnancy test and if it’s positive, she will tell Kevin (Michael Le Vell) as he deserves to know the truth.

Unbeknownst to them both, Kevin approaches them.

Demanding to know what’s going on, Kevin falls for Abi’s convincing lie, making out she and Imran were just rowing over Kelly.

Later on, Abi calls at the builder’s yard flat.

As Toyah (Georgia Taylor) buzzes her up, Imran’s heart is in his mouth…but what will Abi tell Toyah?

Is this the moment Toyah discovers Imran’s lie?

Their relationship can’t survive if the secret is revealed, can it?