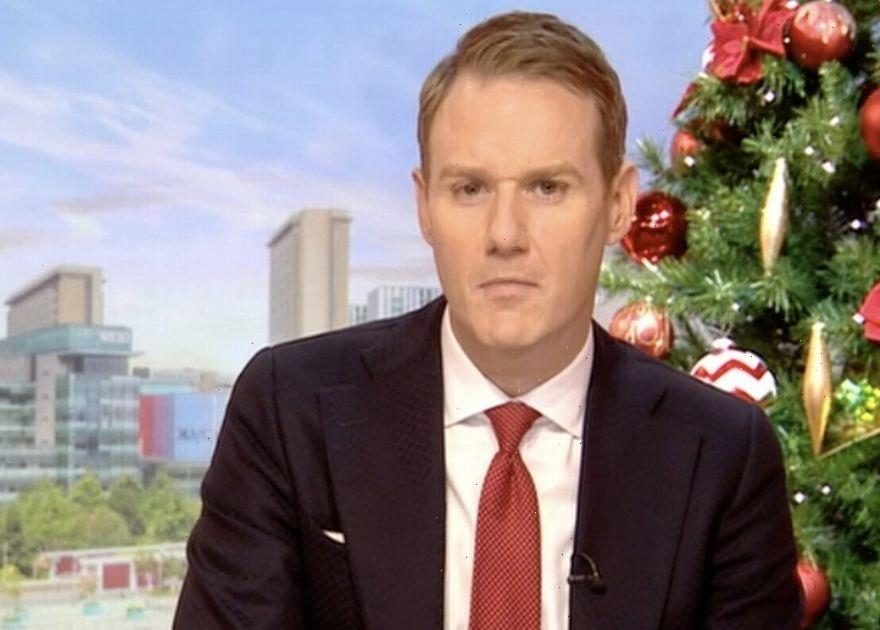 BBC Breakfast viewers have said they hope producers "sort things out" next year after a black screen slipped into an emotional package.

Strictly Come Dancing star Dan Walker was hosting the show along after Christmas and Boxing Day, when he introduced a touching segment about three dads whose daughters had tragically taken their own lives.

The section was narrated by Alison Freeman, who met the dads – Mike, Andy and Tim – after they finished their 330-mile walk to raise awareness of suicide.

But viewers couldn't believe it when, during a segment about the dads' beloved girls, a black screen appeared with the words "graphic here" written on it, in place of a video package.

The voice over could be heard explaining that their walk would take them from Andy's home in Cumbria, to Mike's in Greater Manchester and then to Tim's village in Norfolk – however the screen was black.

The mishap didn't go unnoticed by viewers, who made jokes on Twitter.

One shared a photo of their television screen and wrote: "Some cracking work by the BBC Breakfast team this morning…"

Someone replied saying: "I thought so too! Let's hope they sort things out for 2022 like the sound variances when they go to different segments too," adding a fingers crossed emoji.

Despite the awkward mishap, the segment was incredibly important, as it told of Mike, Andy and Tim's efforts to raise awareness and money for a suicide prevention charity.

The trio of dads had raised £1million for charity, with their journey documented on BBC Breakfast earlier this year.

Mike's daughter, aspiring musician Beth, was just 17 when she took her own life as lockdown loomed over the country in March 2020.

Andy's daughter Sophie, a 29-year-old nurse, died in December 2018, with her dad saying: "The world suddenly fell apart around us, there was nothing to hold on to."

And Tim's artist daughter Emily was 19 when she died in March 2020.

Tim said: "You feel as if you're in free fall and you don't know where you're going."

BBC Breakfast airs daily at 6am on BBC One