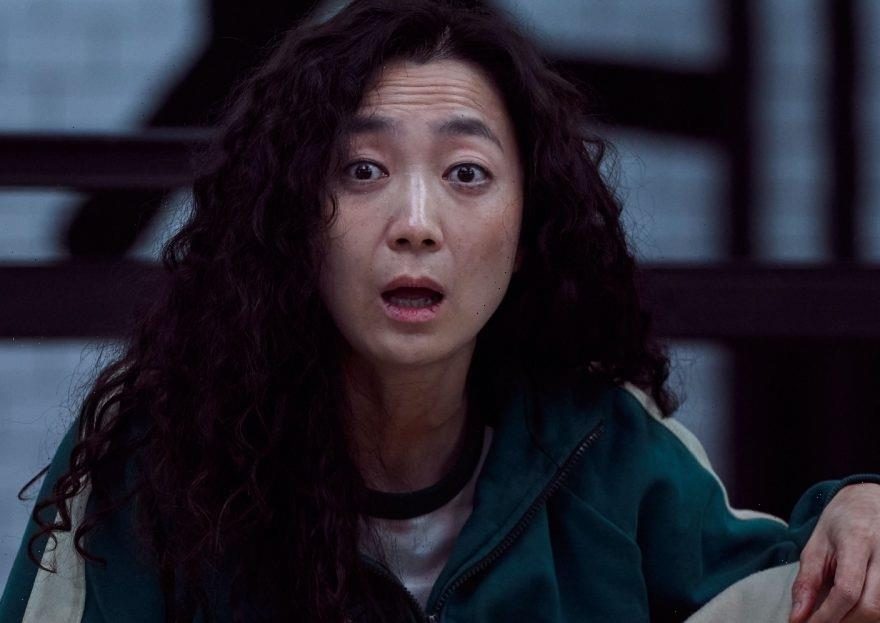 Netflix’s Squid Game had many jaw-dropping and surprising moments. The main characters who partake in the Games must find a way to survive and make alliances. Player 212, Han Mi-nyeo (Kim Joo-ryoung) turns out to be a manipulative woman who tries to use Player 101, Jang Deok-su’s (Heo Sung-tae) influence as a gangster to get by. Director Hwang Dong-hyuk explains the sex scene and relationship between the two characters is indeed a different type of love.

Fans were shocked to see the two characters engage in a sex scene in Squid Game. The two characters might as well have been two peas in a pod, but their relationship in the K-drama is not warm-hearted love. For Player 212, it was all about making it out alive as they take part in childhood games turned into nightmares.

During the Dalgona challenge in Squid Game, Mi-yeo is able to win by cheating successfully. She had previously smuggled in a small container of cigarettes and a lighter. She uses the lighter to heat the needle to cut out the shape. To get in Deok-su’s good graces, she sneaks him the lighter to use. Fans were surprised to see Squid Game would later have a sex scene between the two characters on top of its graphic content.

In the bathroom, they engage in intercourse. Mi-nyeo tries to reassure herself that Deok-su will take care of her throughout the Games. To many viewers, the type of relationship between the two is more take than give. Deok-su is only appealing to what Mi-nyeo wants to hear. Director Hwang explains that there is love on Mi-nyeo’s part, but not the sappy romance people think.

In an interview with The Guardian, Hwang admits the K-drama does have a love story. By Squid Game episode 3, Mi-nyeo uses her sexuality, flirtation, and advantages to appeal to Deok-su. He is inarguably the most feared player among the 456 other players. When trying to survive, the weakest link looks for an alpha to attach to.

Hwang explains it was better for Mi-nyeo to see her relationship with Deok-su as real love. “It’s a different kind of love in a bizarre, strange, desperate situation. The woman relies on the strongest man in the group. She has to find something to rely on. She believes it’s love – otherwise it’s too sad, you know, to sell sex to the guy just to survive. So she believes her emotion is love, but not romantic love like in Bridgerton,” said Hwang.

While fans may have been surprised by Squid Game’s sex scene, it served an overall purpose. It may not have been a fairytale love, but love for survival. Hwang also explains there is a psychological aspect behind Mi-nyeo’s decisions.

The sex scene between Mi-nyeo and Deok-su is much more complicated than viewers might initially believe. Mi-nyeo’s decision to cling onto Deok-su any way she can appeal to Squid Game’s overall message of survival. In the interview with The Guardian, Hwang explains he created the scene after a reality TV show.

From the series, Hwang saw how people would act in extreme situations. “They are sexually attracted to people they believe are stronger and the best at hunting, when they wouldn’t have been before,” said Hwang. Mi-nyeo automatically looks for an alpha player who has more leverage and brute strength. To further secure her place, she has a sex scene with Deok-su.

The interviewer asked Hwang if he was over-sexualizing Mi-nyeo and making her a sexual commodity. For Hwang, this was never the case, and he asked the interviewer why he was asking such a question. While Mi-nyeo’s actions were not ideal, she put her needs to live first at any cost. Hwang only wanted “to show that, regardless of gender, women and men tend to perform desperate actions in extreme situations.”