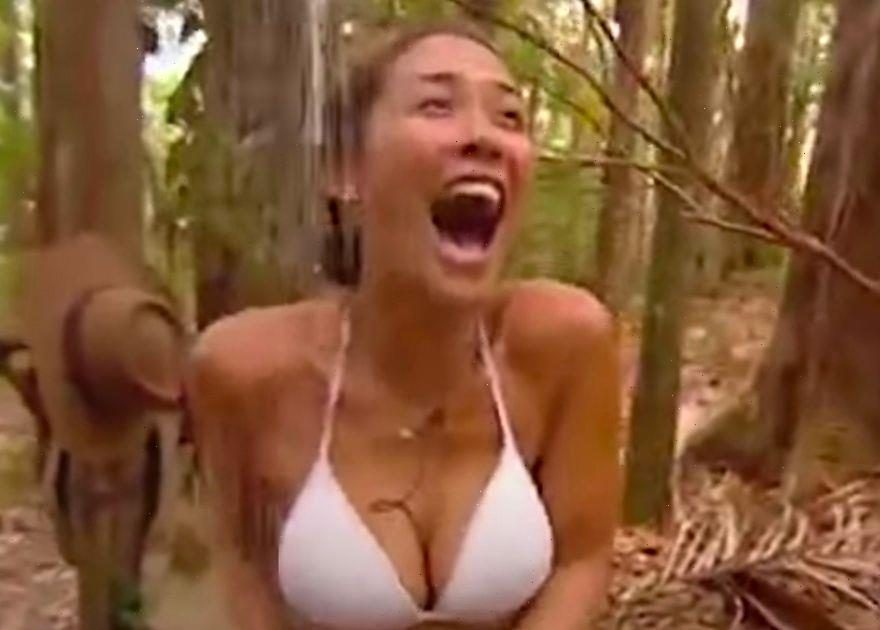 I'm A Celebrity… Get Me Out Of Here! is officially back on our screens with a host of new celebs ready to become the lavish entertainment every night.

These sizzling scenes begun when the show was filmed in the Australian jungle, when stars would shower beneath a waterfall.

Myleene Klass kickstarted the tradition back in 2006, and the rest is history!

But last year saw the famous shower scene at risk of getting axed as the show moved to the UK for the first time.

The ITV show is well-known for airing scenes of celebrities in their swimwear as they take a dip in the Australian jungle shower, but with colder temperatures, celebs now have to shower inside.

To celebrate the return of the popular ITV star-studded gameshow, here at Daily Star, we're taking a look back at the sexiest shower scenes from the jungle days.

Myleene Klass kickstated the bikini tradition in 2006 when she took to the waterfall in a skimpy white bikini.

The stunning star made television history – literally – when she showed off her washboard abs in the infamous shower scene.

With the trend has now lasted more than a decade, with most female contestants (sometimes even male) taking to the showers in their skimpiest swimsuits.

Myleene came second and after she left the show she auctioned off the bikini on eBay, with it making £7,500 for charity.

Strictly Come Dancing professional Ola raised pulses with a series of skimpy bikinis that she lovingly shared with the nation.

At one point during her time in the jungle she got pulses racing when she hopped under the running water with Gogglebox star Scarlett Moffatt, and sportswoman Sam Quek.

One of Ola's shower scenes went down well with viewers at home, as well as host Ant McPartlin, who celebrated the first shower scene to be aired during her series in 2015.

"That was on the verge of sounding very sexist," Dec said to his co-host.

Ant replied: "No, it doesn't have to be with a woman! It could be with a man.

"Like Larry! Or one of the other celebrities. Like Larry. Or Larry. If it was a man I'd be just as happy."

The Hollyoaks star went down in I'm A Celeb shower scene history when she sported a super colourful, flower-print bikini.

With her ample assets on full display, she showed off her toned figure as she showered her days away while starring on the popular show.

Scriptwriter Mark Busk-Cowley, who has worked on the show since it started in 2002 told The Sun: "If you’ve got a hot bod, there’s nothing like wandering around the jungle in a bikini to win some votes.

"The younger celebrities are well aware of this and, more often than not, it’s when evictions are on that the clothes come off.

"The moment those phone lines open, you’ll find our sexy young things diving into the pool or heading off to the shower for the third time that day."

Helen had a tough time while in the jungle, and was constantly picked for trials galore.

When she wasn't doing trials, she was stripping off for the shower.

It has been reported that Helen's shower scenes caused a stir, with the cameramen allegedly fighting over filming her underneath the running waterfall.

Ex-Hollyoaks star Jorgie had a complete Myleene moment when she stripped down to a white swimsuit to show off her ample assets.

The stunning star paraded her curves, while her bust was pushed up by the skimpy bikini she donned.

Top model Lisa didn't disappoint when she stepped under the waterfall in her blue bikini in 2016.

Last year the TV presenter and model admitted that bathing in the freezing cold waterfall left her feeling "massively exposed".

Speaking to the Mail Online, she said: "When we did it, none of us wanted to get in the shower because we knew that the cameras were there.

"We were like 'Oh no, we're going to be in the shower shot' so we put it off for as long as possible in my year.

"There was quite a lot of pressure – you feel massively exposed. We definitely delayed it for as long as we could until we were really, really reeking."