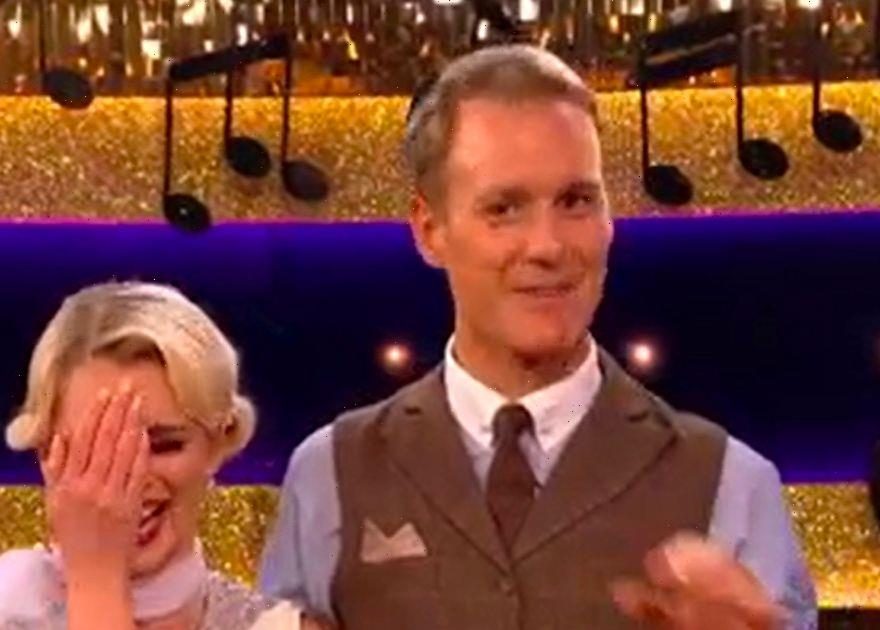 Dan Walker left Strictly Come Dancing host Claudia Winkelman cringing when he told her that a curry has been named after him – with a rather X-rated name.

BBC Breakfast presenter Dan told Claudia that one of his local curry houses in Sheffield, called the Prithiraj, has named one of their curry dishes after him.

Dan explained that the curry chef is a huge Strictly fan, so he wanted to dedicate one of his dishes to Dan.

However, it turns out that Dan's special dish might need some re-branding, because it has a rather saucy-sounding name.

The pair made it through after bagging their highest score yet in the BBC competition – earning 31 points out of 40 for their Charleston.

Speaking to Dan and Nadiya in the studio, Claudia said: "I believe there is a curry named after you – expand, please."

Dan replied: "Oh well, my local curry house is called the Prithiraj in Sheffield, and the chef there is a huge Strictly fan. Apparently there's a poster of us [Nadiya and I] in the window."

He then told Nadiya: "That's the one I took you to!"

Dan was then forced to reveal the racy-sounding curry name as he said: "He's named a curry after me. I think the working title is "Dan's-sak".

However, the title sounds a lot like Dan's sack – which of course evokes a much more explicit image of one's genitalia.

Nadiya and the studio started laughing during the awkward moment as he continued: "I'm not sure that sounds very tasty!" as Claudia could be seen grimacing in front of him.

Nadiya covered her mouth in apparent embarrassment before Claudia said: "Wowsa… good luck with selling that."

Dan replied: "I think we need to change the name of the curry but the principle is beautiful."

Unfortunately for Dan, though, Claudia had clearly had enough of the bit as she said: "I don't want to talk to you anymore…"

Thanking his social media fans after the dance, Dan wrote: "Good morning! Blown away by all your wonderful comments about #Strictly last night. I would never have thought that was possible 9 weeks ago!

"Both @NadiyaBychkova and I loved it & my little niece – Rosa – gave me a 9. Have a gorgeous Sunday"

It came as McFly singer Tom Fletcher was eliminated from the show along with his partner Amy Dowden.