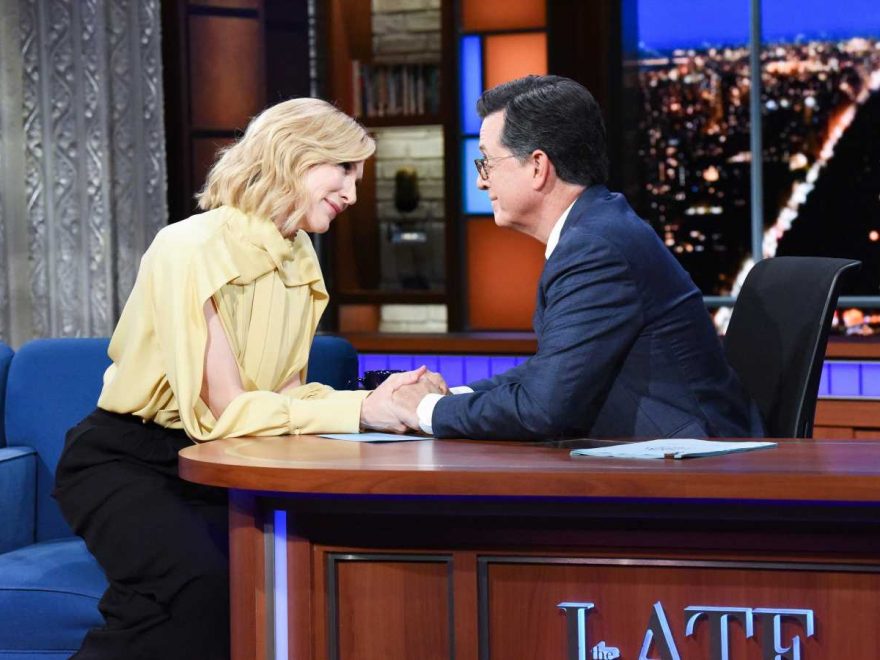 Stephen Colbert isn’t gonna not bring up The Lord of the Rings in front of Cate Blanchett. It’s practically written into his Late Show contract: Thou must always praise the Lady Galadriel.

For a few minutes opening Blanchett’s appearance in promotion of Where’d You Go, Bernadette, Colbert brought up her “perfect” performance as the elf witch of the woods.

According to him, there are only two perfect performances in those movies from director Peter Jackson: Ian McKellen as Gandalf and Blanchett as Galadriel. The Oscar winner thinks Colbert would’ve done a superb job playing her character, based solely on his enthusiasm.

“No,” he said, referencing one of her lines in the film trilogy. “I passed the test. I will remain Stephen and pass it to the west.”