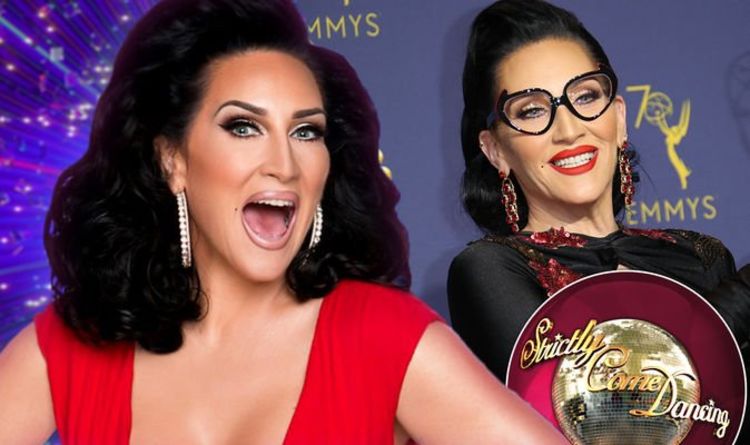 Strictly mania is back as the official line-up for the new series has been announced as 15 famous faces prepare to take to the dance floor for the first time.

The end goal is to impress the judges and loyal Strictly Come Dancing fans enough to lift the Glitterball Trophy in December.

One of the celebrities announced as a 2019 contestant was Michelle Visage, best known for her judging role on RuPaul’s Drag Race and her stint in the Celebrity Big Brother house.

With a combined total of 1.7million fans and followers across Instagram and Twitter, there is a strong possibility this charismatic and energetic American is going to be a success on the dance competition.

And should she win, Michelle will break a Strictly Come Dancing record.

It comes after the runner up from RuPaul’s Drag Race season 5 spoke out about Michelle’s chances of winning Strictly 2019.

“I don’t see why she wouldn’t win! I hope she does tearaways like Courtney Act!”

Should Michelle find success on the dance floor, alongside winning the trophy, she would win a new crown.

Fans saw Joe McFadden win the 2017 series, making him the oldest champion in the show’s history. 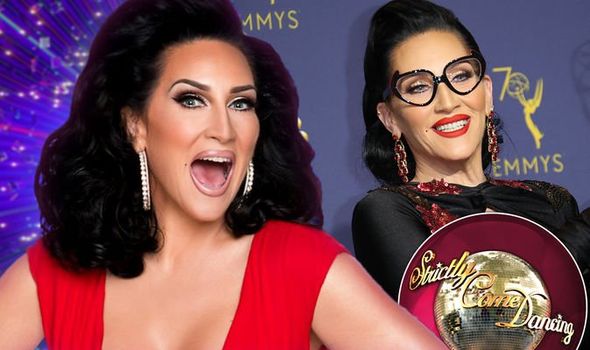 But with Michelle’s eye on the prize, she could break BBC records and become the show’s oldest winner since it started back in 2004.

Discussing the opportunity to take part, Michelle took to her official Twitter account and commented: “THE CAT IS FINALLY OUT OF THE BAG!!!

“I’M DOING @bbcstrictly DREAM COME TRUE. I am honoured to be part of this legendary show in my fave place on earth!”

Fans flooded her with responses and one said: “Congratulations @michellevisage can’t wait to see you on the dance floor 🙂 x”

“This is the best news ever! We’ve been blessed!” A second chimed. 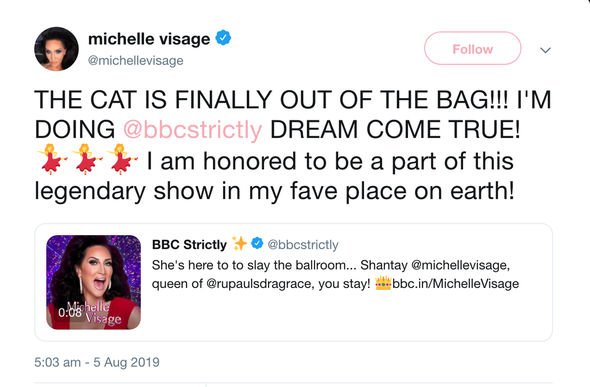 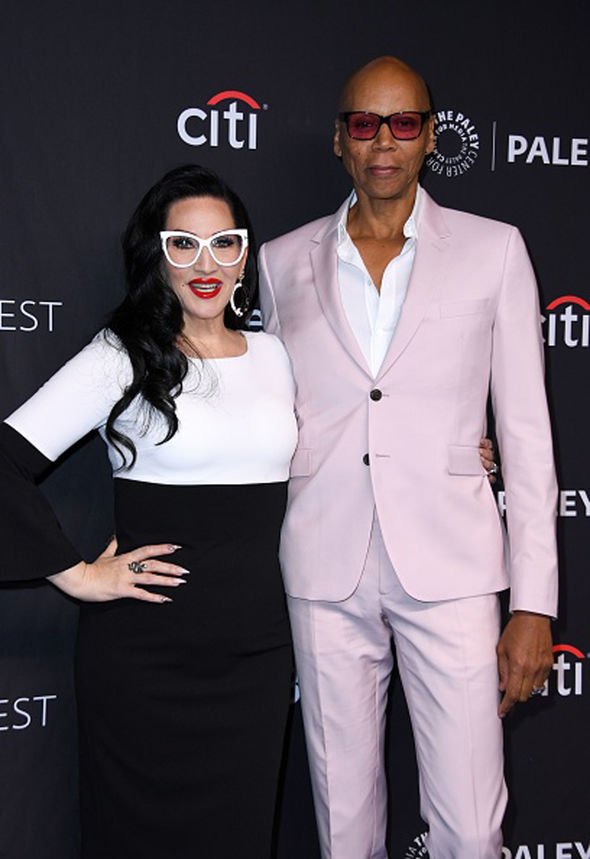 I don’t see why she wouldn’t win!

Someone else commented: “AMAZING! So happy for you to be able to do this and I’m super excited to see you dancing!”

It comes after professional dancer Dianne Buswell spoke out about the newest addition to the judging panel, Motsi Mabuse.

Dame Darcey Bussell announced her departure from the show earlier this year and BBC revealed Motsi would be taking over.

But what does Dianne think of the replacement?

Strictly Come Dancing returns to BBC One this September.