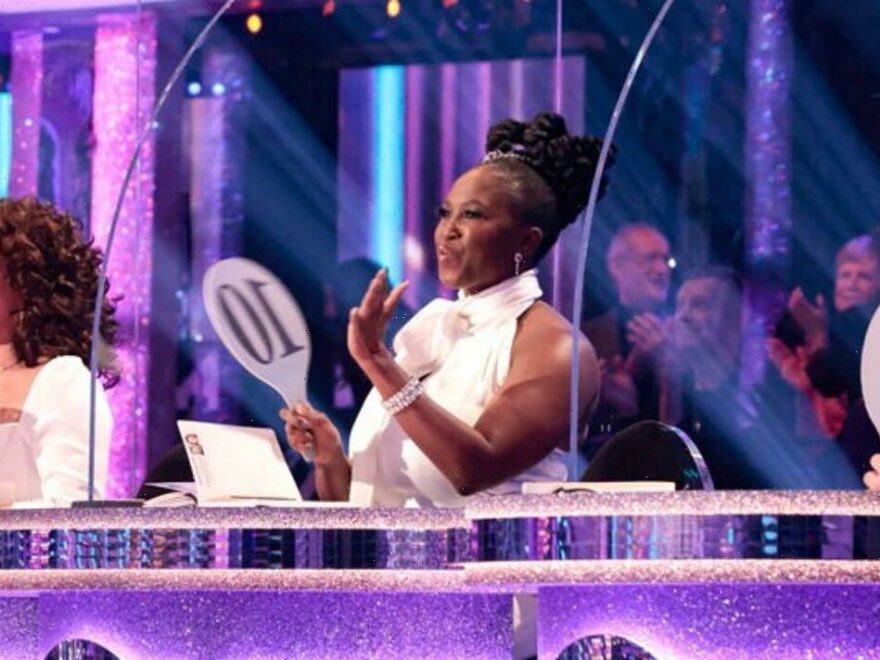 Strictly: Fleur East discusses being in the bottom two

Ballroom dancer and choreographer Kristina, 45, was part of Strictly Come Dancing from 2008 to 2015. During her time on the show, she partnered up with the likes of veteran BBC broadcaster John Sergeant, Jason Donovan, and Blue singer Simon Webbe. However, she decided to leave behind the sparkle of the BBC ratings buster for new projects including her dance school for children. Nonetheless, Kristina still has her eye on the show and shared her thoughts on the new series.

As always, the judges’ scores have been called into question with fans particularly hitting out at the panel over the points awarded to former footballer Tony Adams and his partner Katya Jones.

In fact, shortly before Craig Revel Horwood delivered his scores to Tony in the first week, the sportsman looked downcast with the notoriously tough judge showing a softer side when he served up his critique to the couple.

While others were left bemused after X Factor star Fleur East wasn’t given a higher score for her powerful routine with partner Vito Coppola.

The scoring will continue to cause consternation among audience members, but what does Strictly veteran Kristina make of it all?

She said: “I mean, to me, the scoring is never really correct. It’s not that I don’t respect the judges’ opinion, I think as somebody who has actually done some shows for eight years, you always feel the scores are not really reflecting your work and what contestants deserves.

“I think they’re okay. I just think sometimes they can be a little too harsh.”

“They are just trying to find their feet, if you wish. Any kind of low scoring affects them and you kind of spend more time after that Saturday – if the scoring isn’t very fair – working on their emotional state rather than actually learning the dances.”

She added: “I just think it could be a little bit more encouraging at the beginning.”

However, she did hail new addition Anton Du Beke, who has been nominated for a National Television Award this year in the category of Best Judge for his work.

Kristina paid tribute to Anton, 56, and said he’d “paid his dues” having worked on Strictly Come Dancing since the first-ever series.

She also said Anton had credibility and his position was well-deserved having seen Strictly evolving over the years.

On who she felt could lift this year’s Glitterball Trophy, Kristina said it was too premature to be picking out a winner.

She said Strictly was all about mental and physical stamina with the winner only starting to emerge in the latter stages of the competition.

But she did praise Countryfile presenter Helen Skelton and former Coronation Street star Kym Marsh for their “natural grace”.

Kristina praised Paralympian Ellie Simmonds as a “massive inspiration” like reigning champion Rose Ayling-Ellis who was the first deaf contestant to take part in the contest.

Since departing from Strictly, Kristina has remained firmly in the dance world but she did admit she missed dancing with the other professionals and performing the “fabulous” group numbers.

She has now turned her attention to teaching with her school Bespoke Ballroom training up the next generation of professionals.

Kristina said: “Obviously, I have my wellbeing centre and my dance school and teaching children to dance is still dancing with it filling that gap.

“And to see them loving the dancing and moving forward with that, I feel like I’m passing a passion for dancing onto the next generation and that’s a really amazing feeling for me because I’m giving back from what I had in my field, in the ballroom dancing field and the competitive dancing field and Strictly as well. I’m kind of passing my knowledge on to the next generation.”

Strictly Come Dancing airs on BBC One Saturday at 6.30pm