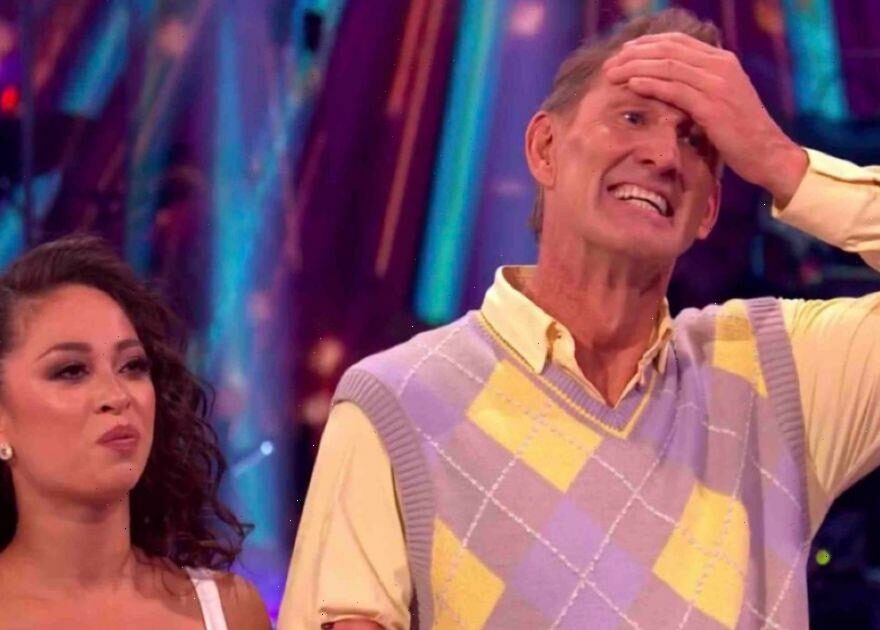 Strictly Come Dancing will conclude later this month, with the grand finale taking place on December 17.

This year we have seen the celebrities and their professional dance partners take to the floor to perform a slew of impressive dance routines.

Wowing us time and again, Strictly often welcomes high-profiled and beloved celebrities to the dance floor.

READ NEXT: Oti Mabuse's wardrobe malfunctions – 'too small' dress to ripping clothes off

But because the celebrities are only human, sometimes they have run-ins with the law.

Lee Ryan arrested for 'going crazy' on a flight

Back in July, Blue star Lee Ryan – who starred on Strictly in 2018 – was said to have started acting "crazy" after being refused alcohol on a flight.

After the alleged incident, Lee was pictured in handcuffs as he was escorted by four police officers into the back of a police van.

Passengers said that Lee unleashed a foul-mouthed rant at the cabin crew after being denied a drink.

He is then said to have refused to sit back down in his seat.

Taking to social media a few days after the incident, Lee released a grovelling statement.

He penned: "Over the last few days, I have had a lot of time to think about my behaviour and how it affects people around me.

"As it has been well documented I have always had my struggles with alcohol and often say or do silly things as a results of that, which in turn has caused problems for myself and those around me.

"For that I want to apologise to everyone I have upset or offended."

Addressing the flight he added: "Last week, I acted inappropriately on a flight to London and I want to say sorry to the airline staff, everyone on the flight, as well as my band mates, my family and our fans."

Back in 1990, Tony – who starred on this year's series of Strictly – served 57 days in HMP Chelmsford.

His imprisonment followed a conviction for drink-driving which came after he crashed his car into a wall while four times the legal drink-drive limit.

The Arsenal icon's prison stint came amid an active alcohol addiction – which he struggled with for 12 years before getting sober.

Comparing his stay in the prison to "just like being in a hotel", Tony previously told Times magazine: “Prison didn't teach me anything."

Speaking candidly about his stretch behind bars, he revealed: "There was no education about why I was in there or around my illness. I felt very secure and safe, which was scary.

“At the time I wasn’t conscious of it, but it was just like being in a hotel."

Adding: "I had no responsibilities to my relationships, commitments, work or image."

Held in police custody in 2009, Ricky was arrested on suspicion of assault after a row outside of a nightclub.

Reports at the time suggested that the actor and Strictly star was held at a police station in Liverpool following the alleged incident.

It was widely reported that it was thought that Ricky left the venue and headed for his car at around 1.30am.

He is said to have driven off, with his vehicle striking a freelance photographer, who was left with minor injuries.

Paramedics were called to the scene, but the photographer declined treatment, although he later took himself to a hospital, according to The Independent.

The Met Police later confirmed that Ricky was released on police bail pending further enquiries, and he went on to perform on Strictly that weekend. Strictly Come Dancing's Karen Hauer reached out to her Burn The Floor co-star Maksim Chmerkovskiy when he was arrested.

At the time, in February 2022, Maksim was attempting to leave Ukraine amid the Russian invasion.

Maksim revealed that he was arrested while in Kyiv and was at the time trying to get out of Ukraine.

He said that it was a "reality check" getting arrested, but also added that it was the "least traumatising moment in this whole thing as far as Ukraine is concerned".

Karen supported her pal when he spoke about the ordeal online.