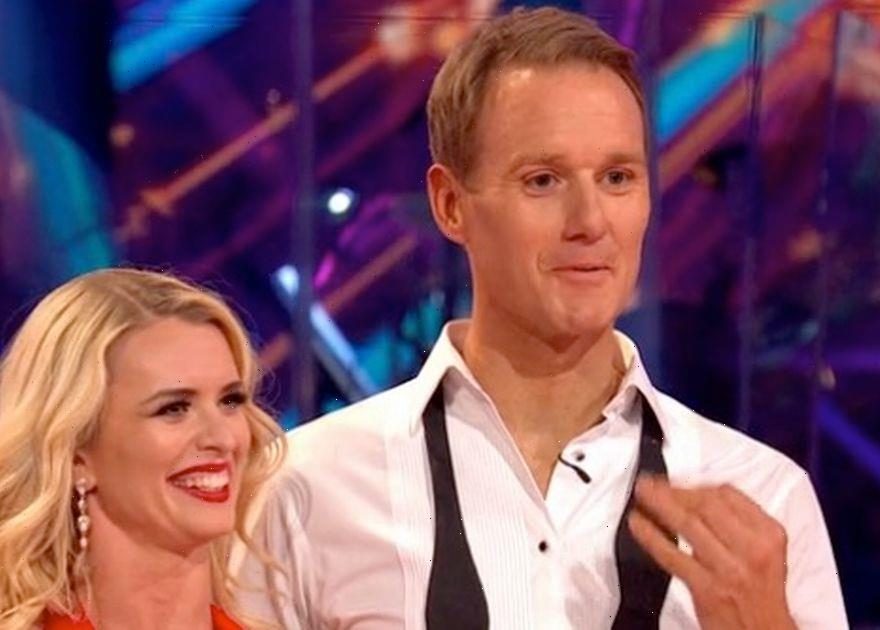 Craig Revel Horwood returned to the Strictly Come Dancing judging panel on Saturday night after he was forced to miss last week's episode due to testing positive for Covid.

And it wasn't long until Craig, 56, engaged in some playful banter with Dan Walker following his Rumba to Desperado by Eagles with pro partner Nadiya Bychkova.

After Anton Du Beke praised the routine, host Tess Daly asked: "He liked it, did you Craig?"

To which he bluntly replied with: "No!"

However, Dan saw the funny side as he waved and quipped: "Welcome back, Craig!" with Tess adding: "Yeah, welcome back!"

As the audience started to boo over Craig's feedback, the judge responded with: "Boo, boo, boo!"

Although despite the negative feedback, Craig did admit he was going to mark Dan one more point than usual for his "involvement" in the routine.

To which Dan joked: "What does that mean, three or a four?" with Craig adding: "You will find out!"

Guest judge Cynthia Erivo, who replaced Motsi Mabuse for the week, disagreed with Craig, saying: "I don't know what you're talking about, that was gorgeous!"

And Tess quipping: "It's like he's never been away!"

Dan and Nadiya received 31 points from the four judges for their Rumba, which he admitted he was "absolutely delighted" with.

Elsewhere during the show, Strictly fans praised guest judge Cynthia for using sign language to communicate with Rose Ayling-Ellis for the second week in a row.

EastEnders star Rose, 27, who is the first deaf contestant to take part in Strictly, performed a stunning Paso Doble to California Dreamin by Sia with pro partner Giovanni Pernice, 31.

After the performance, guest judge Cynthia, 34 used sign language to deliver her feedback to Rose.

Cynthia said: "I think you are fierce! It was really wonderful, you have this power in you that moves across the floor."

She added: "As long as you keep doing that, we'll keep seeing you and we'll keep loving you, so well done."

Strictly Come Dancing continues on Saturday with the results show airing on Sunday on BBC One.

For all the latest news from Strictly and the other biggest shows on the box, sign up to OK! newsletters here.