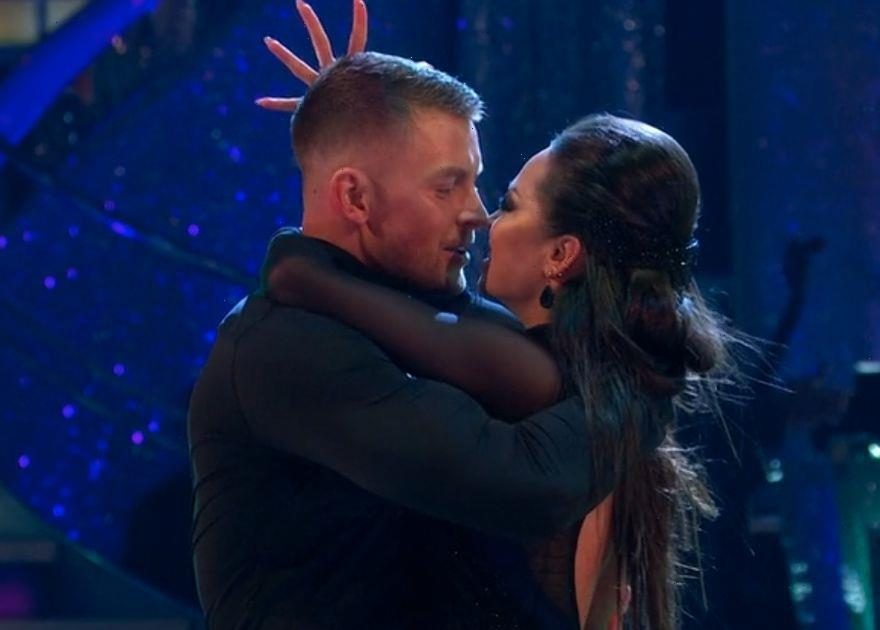 Strictly Come Dancing contestant Adam Peaty and his dance partner Katya Jones have reportedly been warned of their behaviour after a suggestive move during their Argentine tango.

Olympic swimmer Adam and Strictly professional Katya have been performing together since the series began, dancing on Saturday night to Tango In The Night by Fleetwood Mac.

The fiery and energetic routine concluded with a hug shared between the pair, but fans speculated that Adam seemed to move in at the last moment.

Viewers suggested that Peaty lookeds as though he was about to kiss his dance partner, but withdrew at the last second.

According to The Sun, a friend told professional dancer Katya Jones after their performance: “Don’t let yourself down by getting too close to a partner again. Please don’t put yourself in this position."

The publication also reports that “she was warned not to jeopardise ruining her current Strictly partnership”.

Katya was pictured kissing her dance partner Seann Walsh back in 2018. At the time the Russian dancer was married to fellow Strictly professional Neil Jones for six years and they split soon after.

One tweet from Saturday night read: “Did Adam just go to kiss Katya and then remember they’re on TV?!”

However countless other viewers noticed what they thought was a "kiss" waiting to happen.

Eiri, 23, made a video in which she lip-synced to a popular audio track which begins with a female voice: "Huh, what do you mean you're seriously going to date other girls?"

The female voice then says: "I don't want you to… if I see you with another girl I'll kill her.”

Fans commented underneath her video, saying: “Girl knew in her bones,” and: “Can’t beat intuition."

Saturday’s "almost kiss" came shortly after Munro had taken to Instagram to say that she "wasn’t worried" about the pair, but she still made another TikTok after the racy performance.

The video, with “watching your boyfriend almost kiss another woman live on TV” written over it, shows Eiri fake crying along with the backing audio.

The crying increases as she dramatically throws her head back and writes: “Finding out 10 million people also watched it live”.