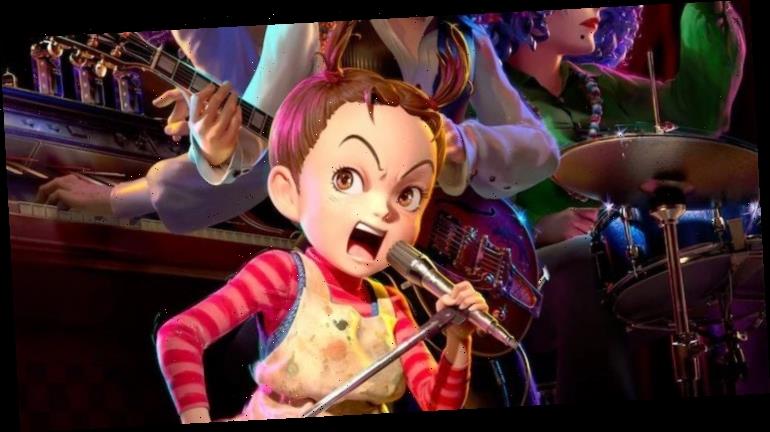 Studio Ghibli‘s first CG-animated movie is coming to theaters and HBO Max this February. GKIDS, the North American distributor for Ghibli, has set the theatrical release for Earwig and the Witch for February 3 in select theaters nationwide, with an HBO Max streaming debut set to follow just a few days later.

GKIDS announced that Earwig and the Witch will get both a theatrical and streaming release in early February, within days of each other. Earwig and the Witch will open in select theaters nationwide on February 3, 2021, in both Japanese subtitled and English dub versions, followed by the streaming debut on HBO Max on February 5, 2021. It’s a remarkably short window for the film to be exclusive in theaters, but special times call for special measures, especially since the U.S. gets to see the film months after it has been available in Japan (where it debuted on NHK in December).

It’s kind of astonishing that a Studio Ghibli movie will get released to streaming so quickly, especially after the venerated anime studio’s films were absent from any streaming platform for decades, but ever since WarnerMedia and Ghibli struck a deal for all of the studio’s films to become the exclusive U.S. streaming home for the Studio Ghibli catalog, they’ve become much easier to access. Likewise, GKIDS’ theatrical release (in partnership with Fathom Events) of Earwig and the Witch comes after years of Ghibli films having to fight for U.S. distribution until a partnership was struck with Disney in the ’90s. The brief two-day theatrical release of Earwig and the Witch seems odd, but is what will qualify the film for awards consideration.

“We are thrilled to be bringing Goro Miyazaki’s magical new film to North American audiences next month,” GKIDS president Dave Jesteadt said in a statement. “Earwig and the Witch is the first new Studio Ghibli release in four years, and is the studio’s first foray into computer animation. Working together with HBO Max, Fathom Events, and other theatrical partners will enable GKIDS to bring this wonderful film to the widest possible audience.”

“Once again Studio Ghibli has created a visual and storytelling masterpiece, added Fathom CEO Ray Nutt. “Fathom is excited to continue our partnership with GKIDS, and bring the premiere of Earwig to theaters and fans nationwide.”

There is a fair amount of anticipation around Goro Miyazaki‘s Earwig and the Witch as the first Ghibli film to be released in four years, but an equal amount of wariness too, as it is the studio’s first feature effort in CG animation — and one that hasn’t really sold anyone yet. But, visually unimpressive as it is, it’s still a Studio Ghibli movie, and one that will brighten up the still-bare 2021 movie scene, at least for a little while.

Here is the synopsis for Earwig and the Witch:

Growing up in an orphanage in the British countryside, Earwig has no idea that her mother had magical powers. Her life changes dramatically when a strange couple takes her in, and she is forced to live with a selfish witch. As the headstrong young girl sets out to uncover the secrets of her new guardians, she discovers a world of spells and potions, and a mysterious song that may be the key to finding the family she has always wanted.