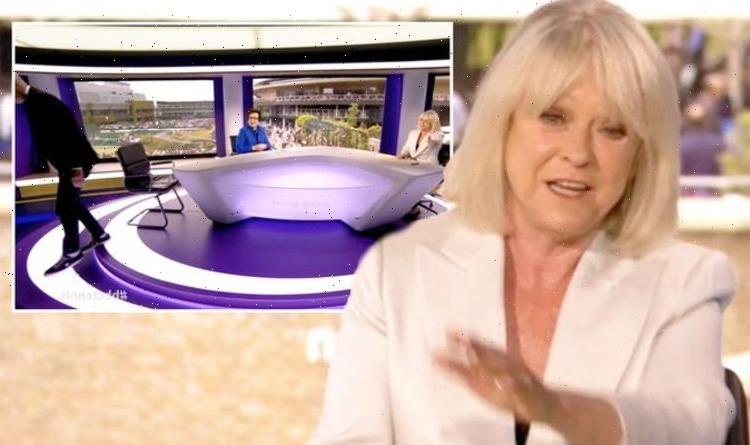 Day six of Wimbledon had plenty of tantalising tennis matches for sports fans to keep an eye on, including young Brit hopeful Emma Radacanu who takes on Sorna Cirstea for a spot in the final 16. Sue Barker was on hand to front the BBC’s coverage of the day’s events and was joined by a number of guests to analyse what action was in store. But when speaking to John McEnroe and Billie Jean King, it’s fair to say the live coverage was taken completely off-track.

The moment came after Billie and John had spoken about Nick Kyrgios’ antics on and off the court at this year’s Wimbledon.

After describing Kyrgios as “one of the most talented players of the past 10 years”, John expressed his hopes that he could reach his potential despite his off-court outbursts.

“He’s not gonna reach his potential (if he continues),” Billie interjected before praising the star’s natural ability with the racket.

Sue then weighed in so John could make his exit and head to filming commitments elsewhere: “Well, it will be a fascinating match on court one (versus F Auger Aliassime). Mac, I know you’ve got to go. 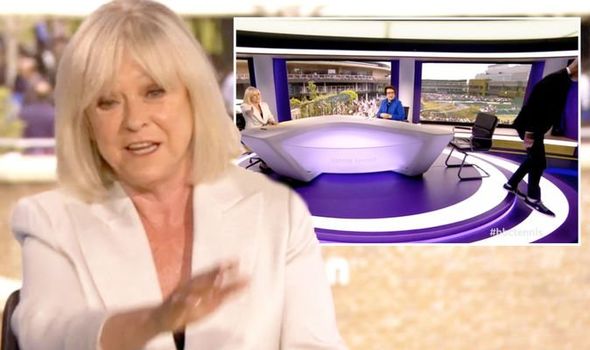 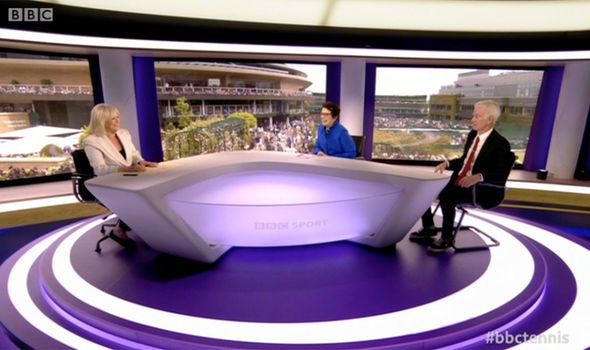 “You’ve got commitments elsewhere, but thank you very much,” Sue added but as John went to get to his feet, Billie interrupted: “I’m gonna miss you.”

“We’ll try do this again,” John said as the lighthearted conversation continued, with Billie replying: “I’m doing an interview for you (on) your documentary so…”

“I appreciate that,” John replied before sarcastically adding: “Just butter me up, it’ll be fine.”

Sue let out a laugh as she tried to move on with the show, but it didn’t go to plan. 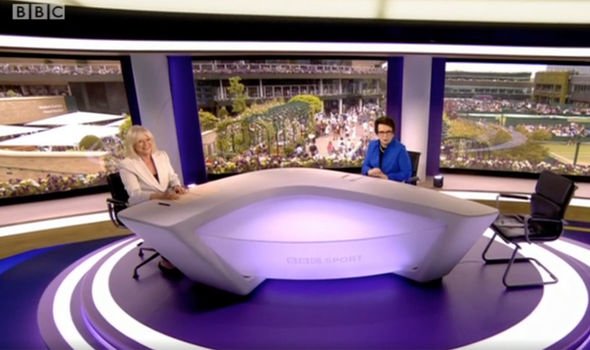 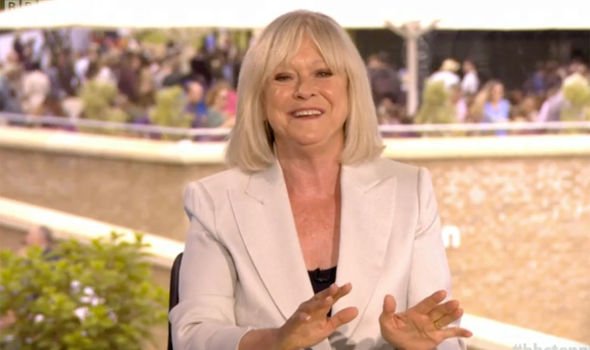 “You two should do a podcast, it’d be brilliant,” Sue joked. “While Mac leaves, we’re gonna turn our attention to Coco Gauff.

“She caused quite a stir here two years ago beating Venus Williams -“ Sue continued but was abruptly cut short.

This was because John had decided his best route out of the studio was to walk right in front of Sue’s coverage, prompting the presenter to say: “Oh, Mac’s gonna walk straight in front…

DON’T MISS:
Roger Federer praises Cameron Norrie for not being a ‘disappointment’
Emma Raducanu: British teen sensation hoping to clean up at Wimbledon
Roger Federer criticised by Rupert Bell ‘Not the player he once was’

Realising his error, the camera panned out to show John opted for a different escape route, but it didn’t stop the laughs in the studio.

“Don’t you know the rules,” Billie could be heard shouting. “Never walk in front of the camera.”

John’s inaudible retort could be heard out of shot as Sue tried her best to regain composure.

Speaking through laughter, Sue delivered the rest of Gauff’s introduction: “Coco burst onto the scene two years ago beating Venus Williams and going through to the fourth round.”

Moments later, Sue managed to cut to a prerecorded tape of Gauff’s interview with the BBC and normality resumed in the studio.

Commenting on the entire segment, it appears fans loved seeing the trio on-screen together – despite the on-air mishaps.

“Sue Barker to @BillieJeanKing and John McEnroe: ‘You two should do a podcast’,” one fan tweeted. “YES ABSOLUTELY THIS IS A GREAT IDEA WHERE DO I SIGN UP? @Wimbledon.”

While a second added: “Could listen to @BillieJeanKing & John McEnroe all day!!! LOVE IT! @Wimbledon @bbctennis awesome interview Sue!!!”

Coverage of Wimbledon continues daily on BBC One, BBC Two and the BBC iPlayer.