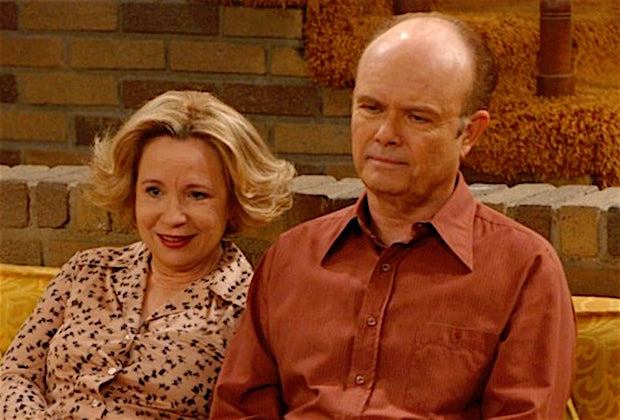 We’re all alright after hearing this casting news: Debra Jo Rupp is reuniting with her That ’70s Show husband Kurtwood Smith for an ABC comedy pilot, according to our sister site Deadline.

The untitled pilot stars stand-up comic Nate Bargatze and follows him and his wife Laura (played by The League‘s Katie Aselton) as they move with their six-year-old daughter from California to Nate’s hometown of Nashville, Tennessee. “They find the pursuit of a simple life to be much more complicated than they imagined,” according to the official description. Rupp and Smith will play Nate’s parents, who still live in Nashville.

Rupp and Smith, of course, already spent eight seasons as TV husband and wife on Fox’s That ’70s Show, playing Eric’s parents Kitty and Red Foreman. The hit sitcom went off the air in 2006.

Since then, Rupp has appeared on This Is Us, The Ranch (reuniting with Ashton Kutcher and Danny Masterson), NCIS: Los Angeles, Elementary and Hart of Dixie.