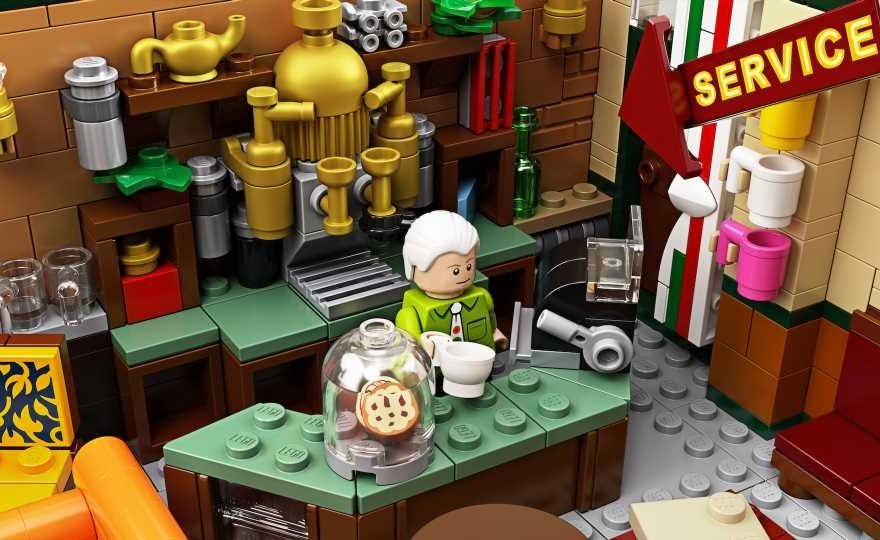 Friends gear and products are everywhere. From Target’s junior’s clothing section to Pottery Barn’s Friends-inspired collection, retailers are doing their part to help celebrate the NBC hit show’s 25th anniversary this year. And that includes LEGO, which has created an incredibly detailed collectible Central Perk set that includes the whole gang in figurine form — Gunther included. 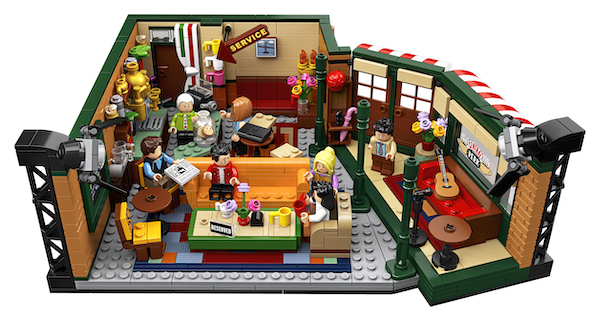 The Central Perk set is 1,079 pieces that, when assembled, reveal the iconic cafe TV studio set, light rigs and all. The set has every possible detail you can think of, large and small — including the iconic sofa and armchair, two chairs and a table (including the “reserved” placard on the table), the service bar and counter with a brick-built coffee machine and a cash register, a cookie jar, a menu board, a stage for musical performances by Phoebe, an umbrella stand, window with the Central Perk logo, entrance doors and more.

It doesn’t even end there.

The set also includes seven brand-new minifigures of the Friends crew — Ross Geller, Rachel Green, Chandler Bing, Monica Geller, Joey Tribbiani, Phoebe Buffay and Gunther — and each of those minifigures are paired with their own items inspired by the show. Ross comes with a brick-built keyboard, once-waitress Rachel has a tray and coffee cup, Monica has a muffin, and Chandler has a laptop. Phoebe has, of course, a guitar; and Gunther, a broom. The best is Joey’s, which comes with a pizza box, a pizza slice and a “man bag.” It’s perfect.

You guys, believe us when we say this is the LEGO set to end LEGO sets. Because we haven’t even listed all of the rest of the accessories. There are over 1,000 pieces, after all. 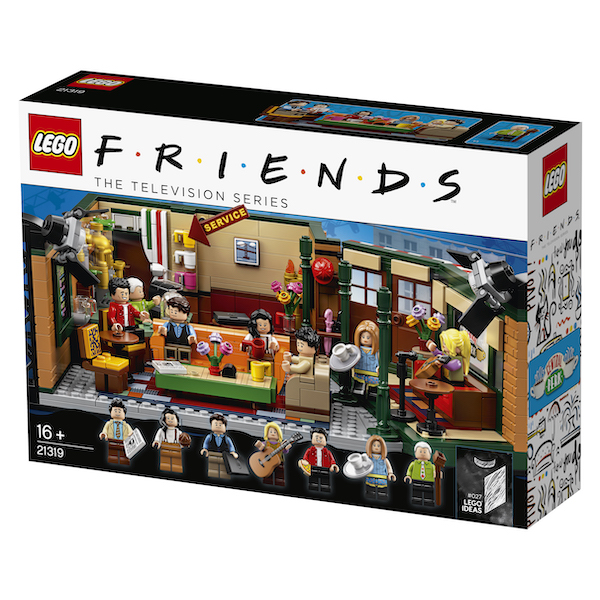 “The challenge was to visualize passages of the series to allow me to recreate the furniture and the characters in as much detail as possible. The assembly of this model took me about a week after finding the necessary references. During the voting period, the set was changed several times!” says France-based Aymeric Fievet, the LEGO Ideas fan designer for Central Perk, in a press release.

The Central Perk set costs $59.99 and will be available for purchase at LEGO Stores and shop.LEGO.com starting Sept. 1.