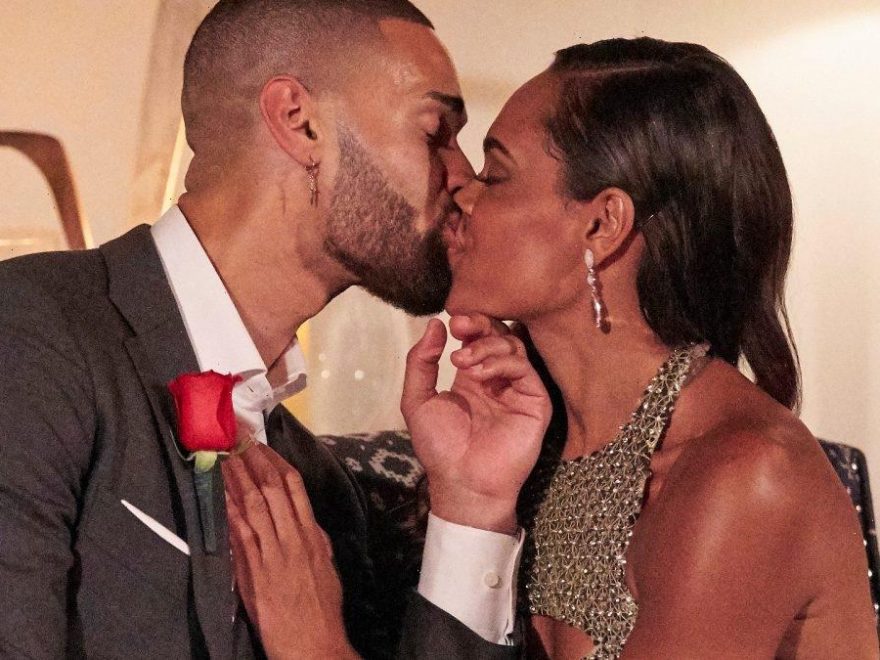 From the beginning of Michelle Young’s season of The Bachelorette, it was clear that the star had favorites. Nayte Olukoya has been a frontrunner since day one. He even got her first impression rose. But it looks like this week, the two are taking their relationship to the next level.

What happens with Michelle and Nayte on this week’s episode of ‘The Bachelorette’?

[Waning: Potential spoilers for The Bachelorette]

This week, Michelle brings the men back to her home state of Minnesota. This, in itself, is a big step as most people don’t get to go to the lead’s hometown unless they make it to the final two or three. On top of that, Nayte gets a one-on-one date this week.

During his date, Michelle takes Nayte to meet some of her friends, making him the first one to meet anyone from Michelle’s life. Michelle has said how important friends and family are to her, so Nayte making a good impression could put him leaps and bounds ahead of the other men.

Michelle has had her eye on Nayte from the moment he stepped out of the limo.

“I’m not a love-at-first-sight [person, but was] honestly very attracted to him as he came out of the limo,” she told Entertainment Tonight. “I think the biggest part was when we sat down, we just had a natural conversation. That’s kind of where that rose came from.”

Him opening up about his family situation and his parent’s divorce made Michelle feel close to him and ultimately give him her first impression rose.

“I wanted to start by telling you how when we were talking earlier tonight you kind of expressed that it was difficult for you to be vulnerable, in that it might have to be something that you ease into, but I truly saw you push yourself. And even as you opened up, you were completely Nayte,” she said to him. “Nothing but Nayte. So that being said, Nayte, will you accept this rose?”

Trouble in paradise for Nayte on ‘The Bachelorette’

It seemed that Nayte had been doing everything right in the eyes of Michelle. At least until last week when Chris Sutton told Michelle that Nayte basically thought that he had the competition in the bag. This caused Michelle to pull Nayte aside.

“You essentially should never feel like you have anything in the bag,” she told him. “One, I’m not this massive prize at the end of this, and two, I shouldn’t have to light a fire under someone’s a*s to, like, want to be with me.”

Instead of really reassuring Michelle, Nayte started focusing his energy on Chris.

“I’m not sure why he decided to single me out,” Nayte told Michelle. “But I can’t really control how other people feel about me.”

Clearly Nayte didn’t completely ruin his chances last week as he was still given a rose and gets a one-on-one date with Michelle this week.

The Bachelorette airs on Mondays at 8 p.m. ET on ABC.