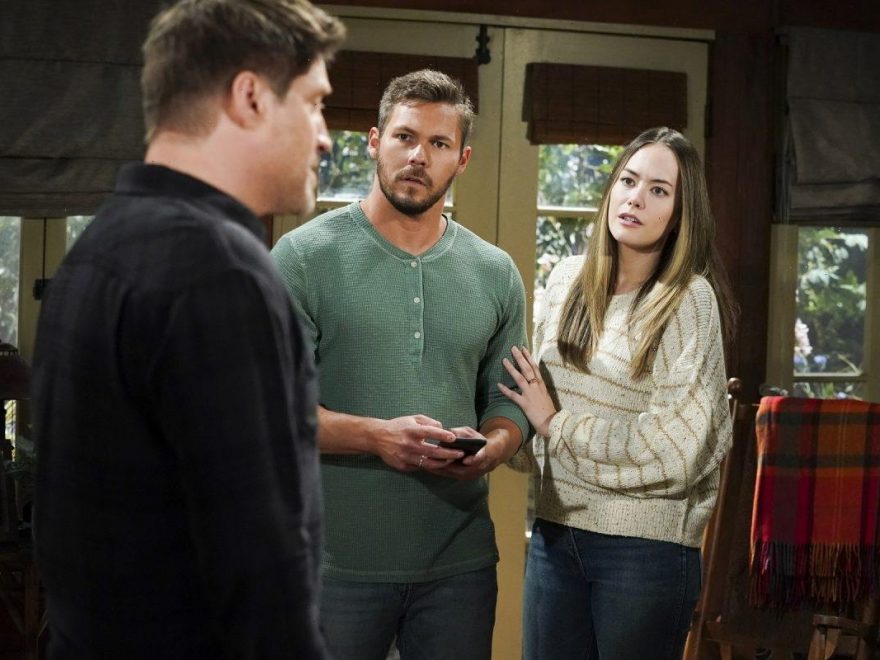 When a father and daughter bond, it’s a beautiful thing. But when a father and daughter bond on The Bold and the Beautiful, trouble is definitely on the horizon. And that’s exactly what’s going to happen this week when Deacon and Hope share “quality time” with one another. Sure, Hope has every right to know her birth father. But not at the expense of Ridge — and everyone else in Los Angeles.

[Spoiler alert: Potential spoilers for upcoming episodes of The Bold and the Beautiful are ahead.]

On ‘The Bold and the Beautiful,’ Deacon and Hope bond over karate

According to Soaps.com, Deacon and Hope are getting their bonding in wherever they can get it. And we’ll see them especially bond on the Wednesday, December 15 episode of The Bold and the Beautiful. At that time, we’ll be seeing the father and daughter bonding over a karate lesson — which seems to be a bit of a nod and wink to Sean Kanan’s recent role in Cobra Kai.

“Deacon and Hope practice father/daughter martial arts together,” reports the outlet. “Deacon’s been into a lot of things through the years; who knew one of them was karate?! Perhaps he watched Cobra Kai in the big house! Anyway, it remains to be seen if, after so many years of estrangement, these two will be able to forge a new level of trust based on their interaction in the dojo.”

Meanwhile, across town, another parent and child are bonding.

Steffy gets an earful from her mom

Deacon and Hope aren’t the only parent and child team bonding on The Bold and the Beautiful.

As it turns out, Steffy and her mom, Taylor, have a lot to catch up on. (So do Taylor and Thomas, but that will happen later.)

And one of the first things that Taylor will fill her daughter in on is how Brooke’s affair with Deacon destroyed Ridge at the time. This, of course, will come after the Monday and Tuesday episodes, where Steffy and her dear brother Thomas will be trying to set their Mom and Dad up again after all these years. (Yes, folks, we agree that they’re more than a little too old for this nonsense.)

Will Ridge walk in at the worst possible time?

Hope and Deacon are blissfully unaware of this plotting and scheming, and it looks like the Friday, December 17 episode of The Bold and the Beautiful will end with a cliffhanger.

“When Deacon and Hope’s sparring session is unceremoniously interrupted, we can only hope that it’s Ridge who walks through the door of the dojo — and that he’ll challenge his rival to a match!” reports the outlet. “Will the dressmaker get his butt whooped by the con?!?”

That, of course, seems a bit too absurd to be taken seriously. Certainly, though, stranger things have happened. We’ll just have to tune in to upcoming episodes of The Bold and the Beautiful to see if things really pan out this way.