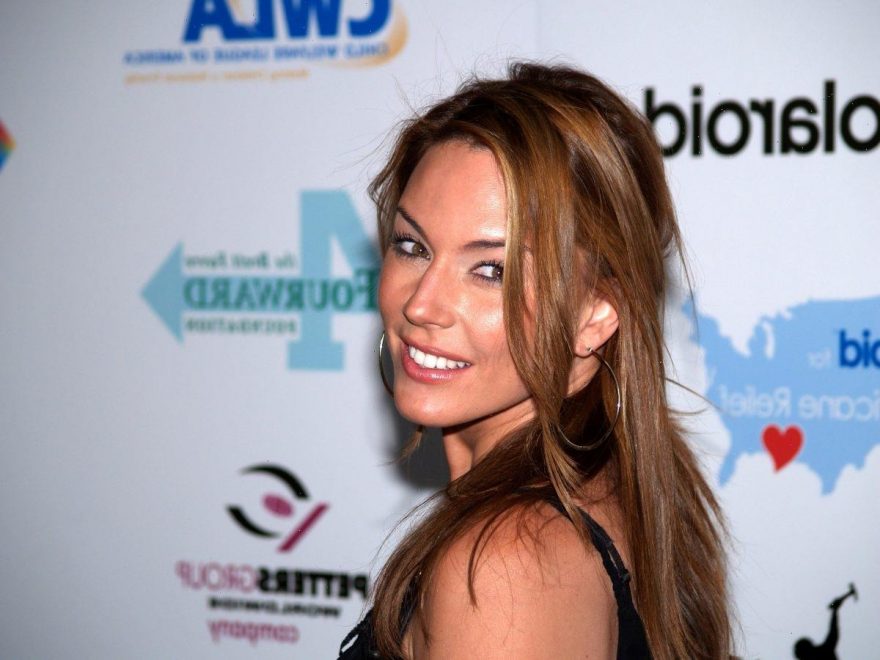 The Bold and the Beautiful‘s favorite doctor Taylor Hayes (Krista Allen), is coming back. The beloved heroine has been missing in action in recent years, but now she’s returning to reunite with her family. However, there’s one slight change to the character.

Hunter Tylo, who played the character for 29 years, won’t be returning to the role, much to fans’ disappointment. Allen being cast as Taylor received mixed reactions. The actor knows she has a challenge but prepares properly as she gears up for her debut.

Allen is no stranger to daytime; she played Billie Reed on Days of Our Lives from 1996 to 1999. Now’s she returning to her soap opera roots with her new job on The Bold and the Beautiful. Taking over a significant role like Taylor is a challenge, but Allen’s been doing her homework.

In an interview with Soap Opera Digest, the actor watched old Taylor episodes to prepare for her debut. “So right now, I’m studying up and trying to understand what these different relationships have been through the years so I can make this Taylor as authentic as possible,” she explained.

Any actor would be nervous about joining a new show, but Allen enjoys The Bold and the Beautiful family. The actor is already bonding with her new castmates, including her onscreen family. Allen will be sharing a lot of scenes with Thorsten Kaye, who plays Taylor’s ex-husband Ridge Forrester. Allen called him a “handsome and funny guy when talking about Kaye.”

As for the rest of her onscreen family, Allen had kind words for Jacqueline MacInnes Wood. “Jacqui is a ray of sunshine, and I couldn’t be luckier to have her as my TV daughter,” the actor gushed. Wood’s character, Steffy Forrester, will be happy to have her mother back. Steffy may also stir up trouble when she tries to reunite her parents.

The Bold and the Beautiful fans will get to see Allen’s debut on Dec. 10. Taylor’s return comes amid Ridge and Brooke Logan’s (Katherine Kelly Lang) latest marital issues. The Taylor, Ridge, and Brooke triangle was one of the show’s biggest storylines in the 90s,’ and another round is coming.

Ridge will be seeking Taylor’s help as tension grows in his and Brooke’s relationship. As Taylor and Ridge spend more time together, old sparks will reignite. After his recent talk with Steffy and Thomas Forrester (Matthew Atkinson), Ridge may be thinking it was a mistake leaving Taylor for Brooke.

Although a Tridge reunion is on the horizon, fans know Brooke isn’t going down without a fight. She’s not going to let anyone, including Taylor, steal Ridge from her. In the past, Brooke may have been able to push Taylor around. But now she’s in for a challenge with the new Taylor.