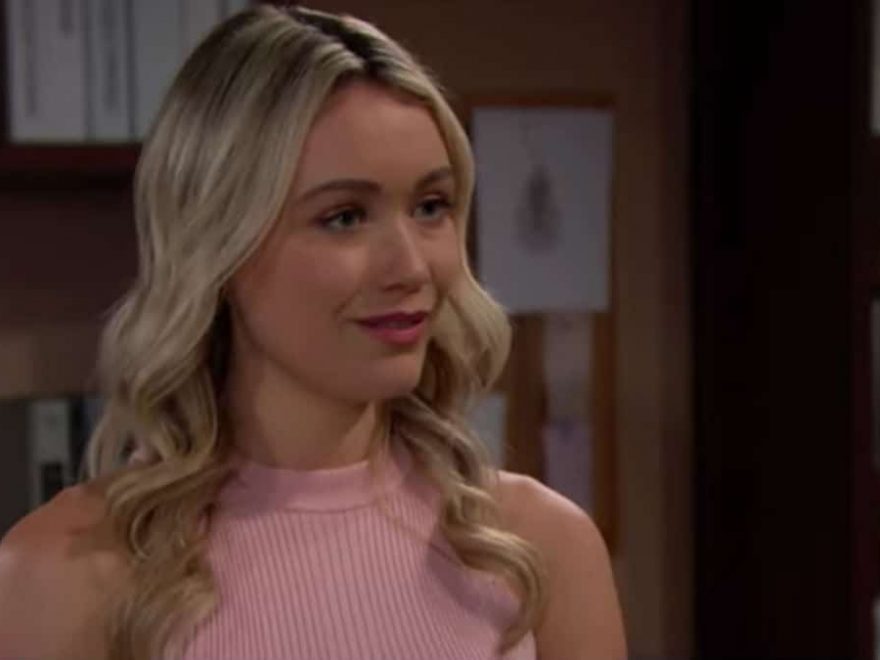 The Bold and the Beautiful spoilers for next week’s episodes of the CBS soap reveal that a lot of epic action is set to go down as clues come out about the baby swap, and a nervous Nellie grows ever more anxious.

Let’s not waste a single second dishing all of the soapy dirt that’s fit to print!

First off, is anyone else weirded out by Mr. Mumbles, aka Thomas (Matthew Atkinson)? His penchant for talking to himself about every little thing that crosses his mind is creepy, and it is definitely a red flag that something is seriously wrong with him.

Do the Forresters have DID in their background? Or a history of family brain tumors? Something drastic will be needed to explain his sickness and redeem the character.

Now that Liam (Scott Clifton) knows there is a secret being kept by Thomas and Flo (Katrina Bowden), it would seem a mere matter of time before the baby swap unravels. Next week, Liam is successful in his mission to get more information he believes to be crucial from a hospital in Las Vegas. Will this be enough to blow the whole charade to bits?

It may not come to that! Trembling Flo learns something about Thomas that changes everything. She discovers something that she can’t keep quiet about and vows to tell Hope her baby is alive.

These three are officially a family. ? #BoldandBeautiful

Will her mom put the hammer down on any plans to come clean? Shauna (Denise Richards) pops up at an opportune moment and these two cohorts have a deep and meaningful talk about right and wrong.

Meanwhile, vile Thomas meets up again with shady Vincent (Joe LoCicero) the pill supplier and friend who enabled him to drug Liam. What little gift does Vincent have for Hope? Whatever it is you can bet it’s illegal and powerful.

For her part, poor hand-wringing Hope (Annika Noelle) grates on Thomas’ last nerve without even knowing about it. How could she as he only talks to himself about what he’s thinking!

Believe it or not, he is jealous of her attention to Douglas (Henry Joseph Samiri). Additionally, she may be putting a target on her back by revealing to Thomas how she really feels about Liam.

The Bold and the Beautiful airs weekdays on CBS.