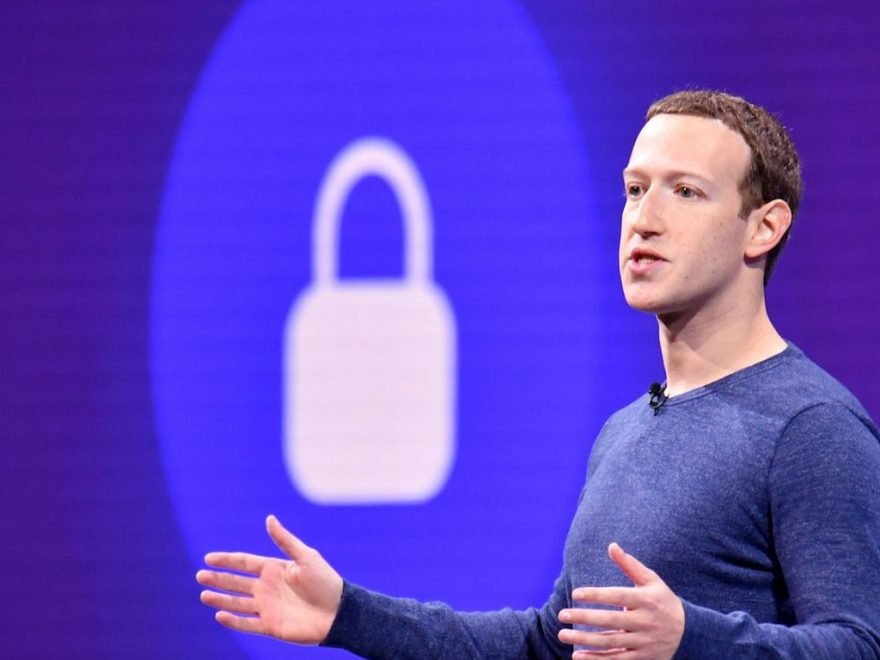 Facebook ad revenue growth is decelerating, and will continue to do so through the end of the year and into 2020, according to Facebook’s Q2 2019 earnings released on Wednesday. 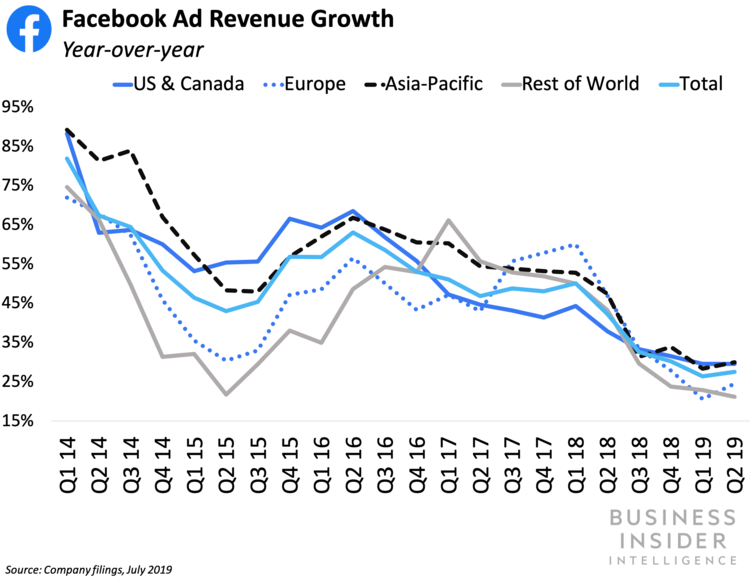 Facebook generated $16.6 billion in revenue from advertising in Q2 2019, up 28% year-over-year (YoY), but the company’s ad revenue growth has been slowing since a year ago, when it was up 42% YoY. Advertising contributed 99.6% of Facebook’s overall revenue in the quarter, up from 98.5% YoY.

Ad revenue growth will continue to slow as Facebook doubles down on privacy. Going forward, Facebook is revamping its entire family of apps to adhere to its six pillars of privacy, which we wrote abouthere. Second, Facebook expects to feel impact from mounting data privacy regulation, like the EU’s GDPR and the California Consumer Privacy Bill (CCPA), which goes into effect January 2020, per comments by CFO David Wehner.

The transition to build its products and business around privacy will take years to deliver meaningful returns, but Facebook believes it can deliver growth in tandem with those efforts. On the call, CEO Mark Zuckerberg laid out the company’s near- to long-term plans for growth, which spanned several areas:

As Facebook reshapes its platforms around privacy, I expect it will create more diverse revenue opportunities, but its ad business won’t go anywhere. New features integrated into the core functionality of apps will attract brands, businesses, and creators looking to engage directly with users to acquire customers and drive conversions.

That convergence could even drive ad revenue growth, if it results in new ad formats: For example, in Q2, Facebook launchedbranded content ads for Instagram that enabled brands to generate ad campaigns seamlessly out of influencer posts. Notably, these expansions won’t annihilate Facebook’s digital “town squares,” like its dominant money maker News Feed.

And given that Facebook has announced no changes to its data collection practices, it will likely continue to collect valuable user data from engagement in private digital spaces that it can use to sell ads in its more public ones.