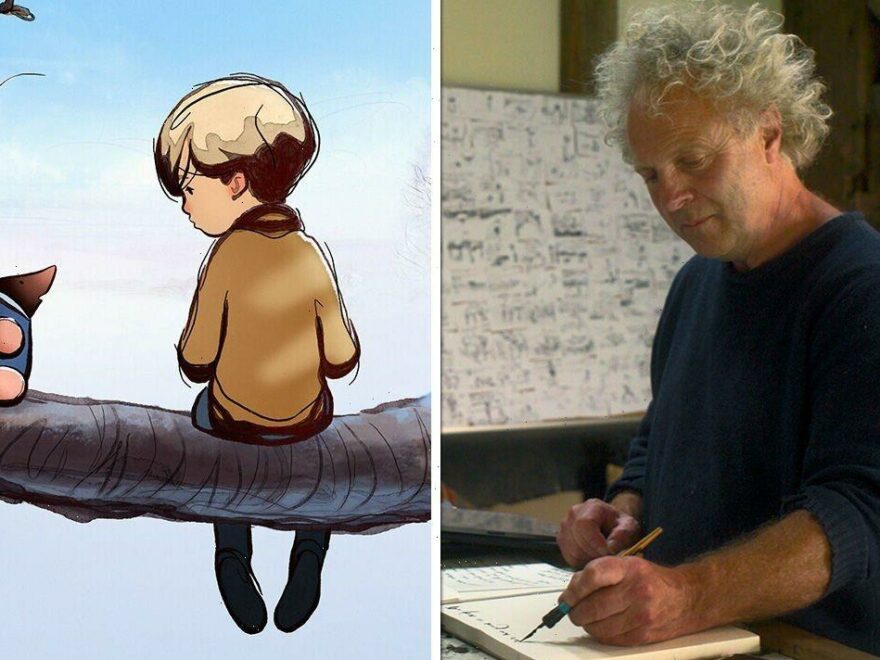 The Boy, The Mole, The Fox and The Horse: Trailer for BBC special

Charlie Mackesy’s bestselling book The Boy, The Mole, The Fox and the Horse is a story of kindness, friendship, courage and hope for viewers of all ages. Speaking to Express.co.uk and other press, the illustrator and writer revealed the inspiration behind the touching children’s book.

“It was instinctive and not too conscious or objective. I didn’t have really a brief or an ambition,” Charlie  admitted.

“It was just on a daily basis questions arose that these characters that evolved, would have.

“And I would WhatsApp them to friends who were keeping up with the story and say, ‘So what do you what do you think of this?’

“It was really a more conversation, not a narrative and I recognise that each [character] there are bits of me.”

He continued: “The fox is part of me is very wary, I’m wary of being here, very wary of connecting, a bit angry.

“There’s another part of me that’s like the mole that’s constantly trying to medicate something.

“Looking back there were a few other creatures in the mix.

“A polar bear, a penguin, a koala bear, all kinds of creatures that made me wonder if they were right but these four seem to settle.”

In the BBC’s animated film, Jude Coward Nicoll is the voice behind the boy while the mole is played Tom Hollander.

Idris Elba provides the voice for the fox and Gabriel Byrne the horse.

Reflecting on the book’s journey, Charlie added: “I really didn’t know what I was doing I just enjoyed the journey of questions and how they related and also I loved seeing how other people felt.

“On Instagram, I post a drawing or I get reaction for hospitals [asking] ‘Can we just stick this on the wall?’ Or the army.

“I found myself caught up in in a journey with a lot of other people who all contributed to the book and all contribute ultimately to the film.”

“I love the co-ownership, I love that people have taken it upon themselves,” he explained.

“All of that stuff to me moves me so deeply to think that it began with a strange person in a little room and then these drawings seem to be taken on by others.”

“And that for me is such a relief because I’m not clever enough or good enough to do it on my own so I like being in a team,” the illustrator reflected.

“Charlie revealed he was touched by people sharing that his illustrations “helped them” on Instagram.”

The Boy, The Mole, The Fox and the Horse airs on Christmas Eve on BBC One at 4.55pm.