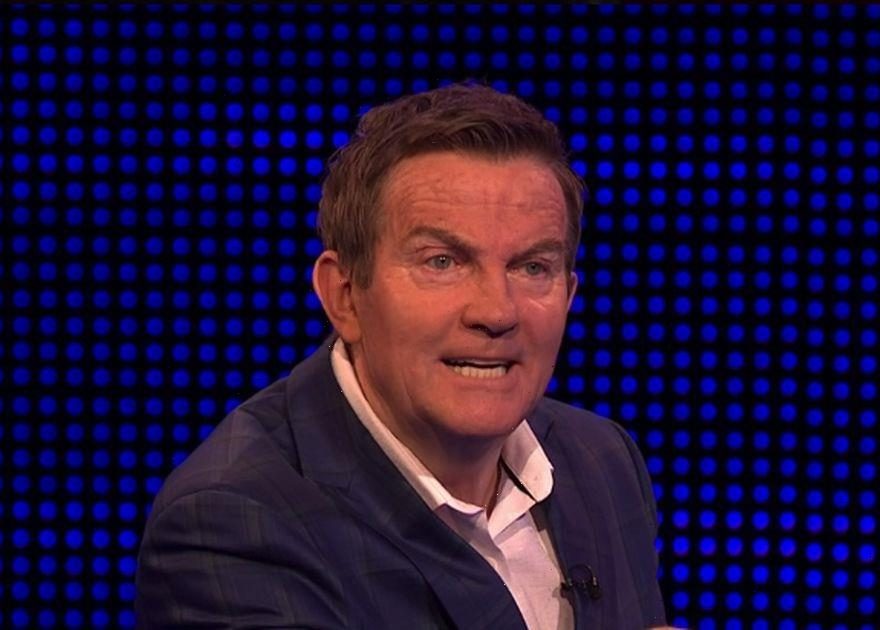 The Chase viewers were taken aback on Tuesday afternoon, as one contestant revealed a prior connection to host Bradley Walsh.

Four new contestants had stepped up to the plate to take on Paul Sinha – AKA The Sinnerman – to win a cash prize, with Geoff, Natalie, Ofure and Jullien all hoping to win big.

But it was primary school teacher Natalie who left Bradley's jaw hanging open, as she revealed the pair had actually met before.

Natalie revealed that she had acted in a pantomime alongside Bradley back in 1995, when she was aged just eight years old.

"You also went to musical theatre school?" Bradley asked her, and Natalie explained: "So, I used to perform a little bit when I was younger – I was actually in a pantomime with yourself!"

"Where was that? St. Alban's?" Bradley wondered, as Natalie answered in the affirmative.

Brad was clearly in good cheer as he replied: "Wow, nice to see you again! Look at you, great!"

"Do you remember singing Send in the Clowns?" Natalie asked the quiz host, before explaining: "I was one of the little clowns!"

"Not sitting on the stage with me?" Bradley asked.

Natalie said: "Yeah, yeah! I shared the part with another girl but yeah, I did that."

Chaser Paul couldn't resist a cheeky jibe, as he said: "It's a pity ITV don't have a budget for another episode of This Is Your Life so Bradley could meet all the people he's connected to!"

Fans on Twitter similarly couldn't believe their link, as one social media user posted: "Love a good Chase catch up from 1995! #TheChase."

"Heartwarming on The Chase today, woman telling Bradley she used to do acting and has been in something with him when she was 8, and he was quite taken aback, but pleased. For you, The Chase is on!" someone else followed up.

However, others were rather more cynical, and definitely didn't believe Bradley remembered who Natalie was.

"Bradley has absolutely no f***ing recollection klaxon!" one chirped, as another giggled: "#TheChase haha as if Bradley has a clue who this girl is!"

"Bradley saw his life pass before him there as she said, 'I was a young child in panto with you in 1995!' #TheChase," another social media user echoed.

And Natalie made it through to the Final Chase after beating Paul at his own game, and Brad said as she left: "My old singing and dancing partner! Well done, that's two nil to us!"

Other fans simply couldn't resist commenting on Natalie's good looks, as one penned: "Seeing Natalie on #TheChase thinking why did teachers not look that sexy in my day!"

"Natalie is gorgeous!" someone else chipped in, while another social media user tweeted: "Natalie is f***ing [fire emoji] BTW! #TheChase."

The Chase airs from 5pm weekdays on ITV.