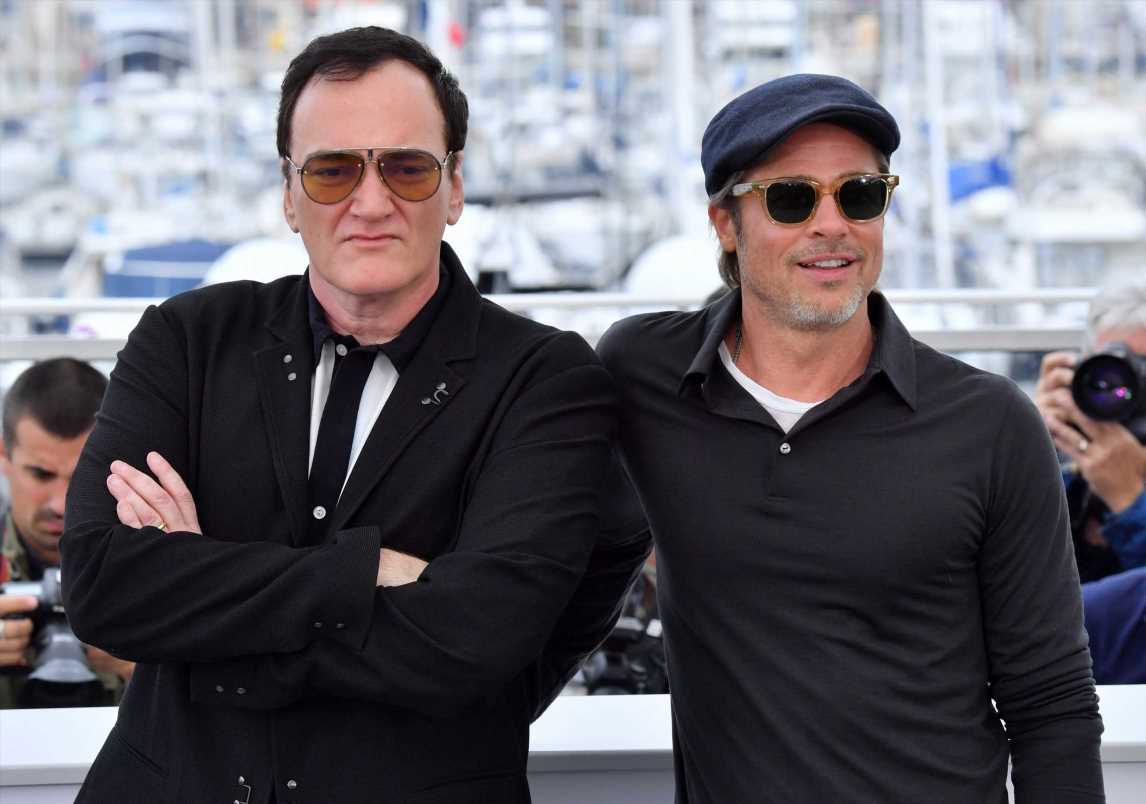 Quentin Tarantino and Brad Pitt first worked together on the director’s 2009 WWII movie “Inglourious Basterds,” but that film was not what sealed the deal on the duo reuniting for “Once Upon a Time in Hollywood.” Tarantino was courting Pitt to play the role of stuntman Cliff Booth and invited the actor over to his home for an initial meeting to discuss the character. It was there that a pretty amazing coincidence occurred that proved Pitt deeply understood the character without any guidance from the legendary filmmaker.

As Tarantino recently explained to Pure Cinema Podcast hosts Elric Kane and Brian Saur, Pitt showed up at his house to discuss Cliff Booth, followed by the two sitting down in his personal screening room to watch Tom Laughlin’s 1971 indie action drama “Billy Jack.” Pitt brought over his personal DVD copy of the movie, which also stars Laughlin in the title role of a Vietnam war veteran who is also a martial arts master. It turns out Pitt didn’t need to bring over his DVD because “Billy Jack” was exactly the movie Tarantino wanted to watch when starting to develop the character of Cliff Booth with Pitt.

“I go, ‘Brad, I have a 35mm print of ‘Billy Jack,’ threaded up on the projector, waiting for you to get here,’” Tarantino told the hosts. “He couldn’t believe that we both were thinking of ‘Billy Jack’ — and more Tom Laughlin than Billy Jack… Billy Jack always has a little preamble… a folksy story that he tells before he fucks you up, and [Cliff] kinda has his own little folksy story.”

Pitt bringing over his “Billy Jack” DVD when Tarantino already had his 35mm print of the 1971 movie loaded up in his film projector meant Pitt saw the character just as Tarantino did when the director was writing the script. Pitt stars as Cliff opposite Leonardo DiCaprio and Margot Robbie in the film, which critics mostly praised after its world premiere at the Cannes Film Festival in May.

Tarantino got his fans riled up earlier this month by saying “Once Upon a Time in Hollywood” could be his last movie. The director has long planned to make 10 features before retiring from feature filmmaking, but he said stopping after nine isn’t entirely out of the question. “I think when it comes to theatrical movies, I’ve come to the end of the road,” Tarantino told GQ Australia. “I see myself writing film books and starting to write theatre, so I’ll still be creative. I just think I’ve given all I have to give to movies.”

Sony is releasing “Once Upon a Time in Hollywood” in theaters nationwide July 26.