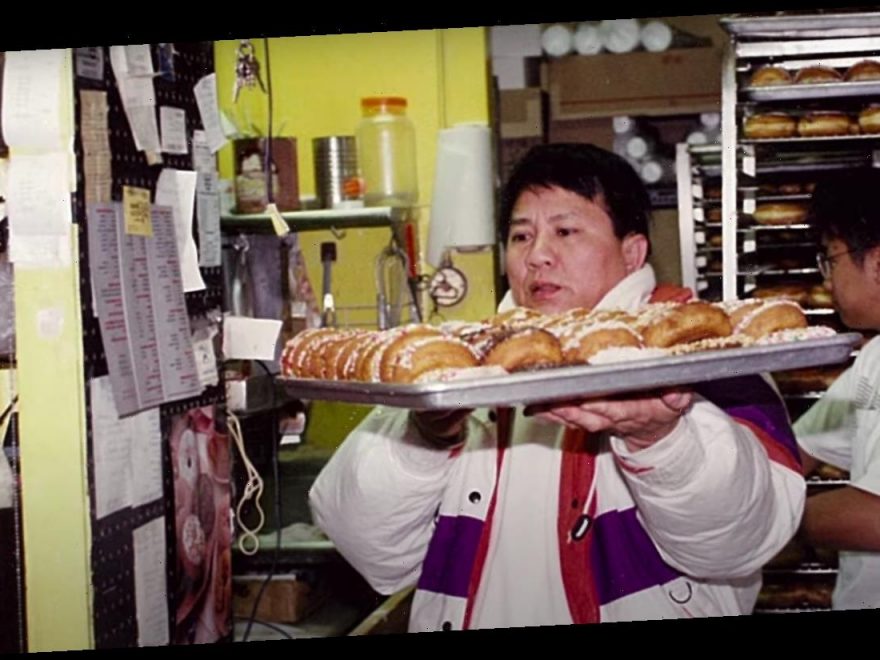 Why aren’t there more Dunkin’ Donuts in California? The coffee and baked goods chain is ubiquitous along the East Coast, mostly along the Northeast corridor, but seems strangely absent from the sunny shores of California. It seems like one of those mysteries that could never be solved, but there is actually a solid explanation, and a heartwarming refugee story, behind this fact. A Cambodian refugee, informally dubbed “The Donut King” built a California donut empire that prevented Dunkin’ Donuts from entering the area. But just as quickly as he built it, would he lose it. Watch the trailer for The Donut King, a documentary about The Donut King himself, Ted Ngoy.

Directed by Alice Gu and executive produced by Ridley Scott, The Donut King tells an amazing story of how a Cambodian refugee who arrived in the U.S. with nothing in his pockets, and achieved the American Dream. Ted Ngoy arrived in American in 1975 and managed to start up a successful donut business, which soon expanded into a statewide franchise, making him rich and allowing him to sponsor hundreds of fellow Cambodians over to the U.S. But in the sad second chapter of the American Dream, Ngoy lost it all.

The Donut King was set to make its debut earlier this year as an official selection of the canceled 2020 SXSW Film Festival, but it will now debut online and in select theaters from Greenwich Entertainment this month, after playing the rounds of a handful of fall film festivals.

Here is the synopsis for The Donut King:

Everything you thought you knew about the donut begins with Ted Ngoy. THE DONUT KING tells the unlikely story of Ngoy, a Cambodian refugee who arrived in America in 1975 with nothing and set out to build a multi-million-dollar empire by baking America’s favorite pastry, the donut. Ngoy soon found himself living a classic rags to riches narrative after sponsoring hundreds of visas for fellow Cambodian immigrants, helping them get on their feet in a new land by teaching them the ways of the donut business and amassing a small personal fortune. By the mid 1990’s, Cambodian-Americans owned nearly 80% of the donut industry as a result of his influence. But, in life, great rises can come with even greater falls. THE DONUT KING is a story of tenacity, survival, redemption, and above all else, the power of the American Dream.

The Donut King premieres in select theaters and on Digital on October 30, 2020.