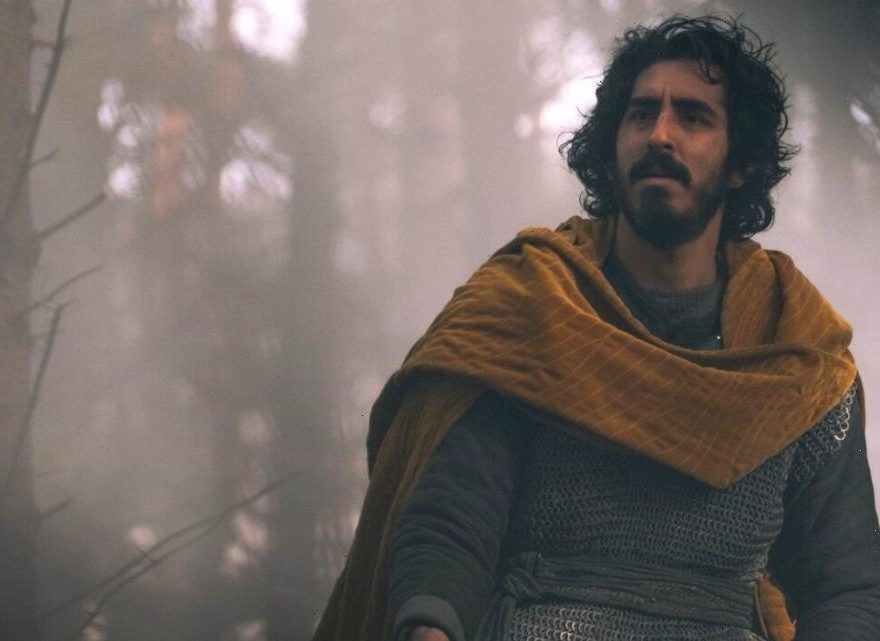 Nature will have its way, one way or another. Whether it’s by some natural disaster or by the inevitable passage of time, nature will conquer and return all things to the dust from which it came. In The Green Knight, the infinite mysteries of the natural world are reframed in an Arthurian retelling so strange and so seductive that it’s hard to stop the film from taking hold inside your brain and burrowing itself underneath your skin until your veins turn into roots and your blood changes to water. It’s a transportive experience, one that’s informed by Dev Patel‘s infinitely curious and devastatingly sexy performance, and by director David Lowery‘s painterly vision of a medieval time both rooted in history and embedded in magic.

The Green Knight is an adaptation of the epic 14th century poem Sir Gawain and the Green Knight, written by an unknown author. The story follows Sir Gawain, a still-untested knight of King Arthur’s Round Table who takes up the challenge of the mysterious Green Knight when he interrupts Camelot’s Christmas celebrations with a proposal to play a “game.” The game, however, is one of life-and-death: the Green Knight’s offer is that anyone who can strike a blow against him must then allow him to return the blow in kind, one year later. Gawain decapitates the Green Knight with one blow and is shocked to see the knight rise from the floor and pick up his head, promising “one year.”

Sir Gawain and the Green Knight is a classic of chivalric literature, and one that has inspired way more academic debate than I can afford to go into in this review. But Lowery’s The Green Knight is a remarkable evocation of the poem — which, to badly sum up, is about upholding chivalric and courtly honor in the face of temptation from kissing ladies and inhuman faeries — painting a surreal journey that recalls both the pagan imagery of the poem’s time period and the pious Christianity of Arthurian legends.

In Lowery’s mesmerizing film, Gawain is the headstrong nephew of King Arthur who wants to prove himself worthy of becoming a knight, even with a witch for a mother (an enigmatic Sarita Choudhury as that Morgan Le Fay) and a cheeky prostitute (Alicia Vikander) warming his bed. Or rather her bed, as he rarely sleeps in his own — instead preferring to stumble out half-drunk back to his home, barely in time to get ready for the Camelot Christmas feast, to the chagrin of his mother. But at the remarkably somber Christmas celebrations, Gawain is invited to sit at the side of King Arthur (Sean Harris) and Queen Guinevere (Kate Dickie), a much more aged pair than we’re used to seeing in the glowing Arthurian epics of the screen. Harris speaks all of his lines in a hushed croak, while Dickie gives a gentler version of the kind of the kind of harsh, stretched-thin noble lady that she’s known for lately. Their casting, even more so than the color-blind casting of Patel as the Arthurian hero Gawain, is the first indication from The Green Knight that this ain’t your dad’s King Arthur tale.

The halcyon days of Camelot have passed, and in its place is something withered and fragile, ready to blow away at a sudden gust of wind. That gust comes in the form of the Green Knight (Ralph Ineson), an eldritch tree-like figure who looks part Ent, lumbering in with a giant, vine-covered axe and his fatal challenge. Less an enemy than a pure force of nature, the Green Knight offers no judgment or salvation, simply the swift and finite certainty of death. Whether Gawain chooses to meet that death on his own terms is the real quest.

Contrary to the rousing sword-and-shield epics of Arthurian adaptations past, The Green Knight is a slow march to death. And Lowery’s steady and slow-burning direction reflects that: a dreary, grey color palette that looks and feels damp, with only Gawain’s bright yellow cloak piercing through the gloom. But shot mostly in natural light, there’s still a clarity to Lowery’s vision, even as the journey descends into a surreal, magical realist wonderland filled with talking foxes, naked giants, trickster scavengers (Barry Keoghan, tapping into his inherently threatening energy), or ghostly saints who demand Gawain recover their head. There’s intent to the gloomier colors, just as there’s a beauty in it — even among the mud and the battle-torn bodies, Lowery brings a breathtaking artistry to the film, every frame fit to hang in a museum.

Lowery’s camera devotes just as much attention Dev Patel as it does to the landscapes. The camera practically worships Patel’s body, bordering on eroticism when it’s not draping Gawain in messianic imagery. This film knows that Patel is a heartthrob, and if you didn’t believe it before, you would now. It’s a source of delight in the film, and later becomes the crux of Gawain’s main dilemma. It might be reductive to say that the central narrative of Sir Gawain and the Green Knight is that everyone wants to kiss Gawain, but it’s at least a large part of The Green Knight — especially in the latter half of the film, when an exhausted Gawain stumbles into a strange castle a day’s ride from his end destination, the Green Chapel, where the Green Knight awaits Gawain. That castle belongs to an unnamed Lord played by a wonderfully eccentric Joel Edgerton, who cheerily greets Gawain and offers him all the hospitalities he could hope for. One of which is his wife, a beguiling Lady (Vikander in a dual role) who seduces Gawain with her physical likeness to his prostitute lover Esel, and with her promises of unearthly protection. Vikander taps into that eerie quality that helped make her breakout role in Ex Machina, flexing with one astonishing and chilling monologue about the terrifying, all-consuming power of nature. “Green is what is left when ardor dies,” she declares to a perplexed Gawain.

The enormity of this film intimidates me. And it hypnotizes me, and seduces me, and captures me until it feels as if the green has grown like moss over my entire body. But rather than threatening to choke, The Green Knight injects a new source of oxygen into the sword-and-sorcery genre. But in reality, The Green Knight is something much stranger and much more primal, as if Lowery — who has flirted with the relentless trudge of time before in his exquisite A Ghost Story — has unearthed some ancient magicks from within this enigmatic author-less medieval poem. It’s a story not crafted by human hands, but one that simply emerged from the ether, as if it had always existed. And we should be so grateful that it does.