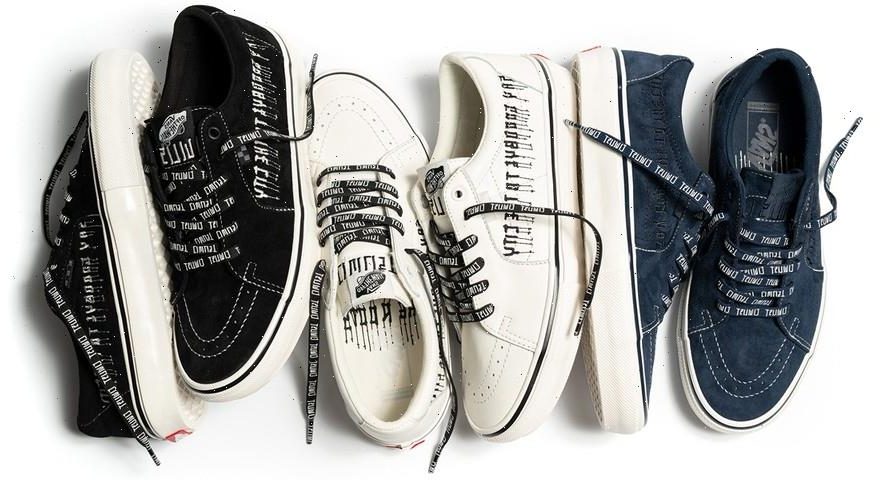 Berlin-based skateshop Civilist and Vans are continuing a longstanding relationship by releasing a three-pack of takes on the Sk8-Low. Drawing inspiration from Civilist’s home city of Berlin — and leaving Berlin for a trip to the countryside — the offerings were designed with assistance from artist Carsten Fock and feature flowing text hits.

Arriving in black, navy and a Civilist-exclusive white, each style boasts a canvas and suede upper that removes the sidewall’s standard Jazz Stripe in favor of an embroidered “Say Goodbye To The City” spellout. On the black and white pairs, this signature motif is used for contrast, while on the navy pair it supplies a darker, more subtle look. “Back To the Roots” is also printed on each shoe’s sockliner, and repeating Civilist hits appear on the laces. White midsoles with black foxing and a familiar red heel badge round off each shoe’s look, and all three are packaged in a special box that’s stamped with “Ich War Mal In Berlin” — which translates to “I Once Was in Berlin” in English.

The Civilist x Vans Sk8-Low collection will release in-store at Civilist on July 28, arrive on the Civilist web store on July 29 and see a global release on July 30.

Elsewhere in the world of Vans, take a look at a new Slip-On “Trapezoid,” which modifies the brand’s famed checkerboard pattern.
Source: Read Full Article