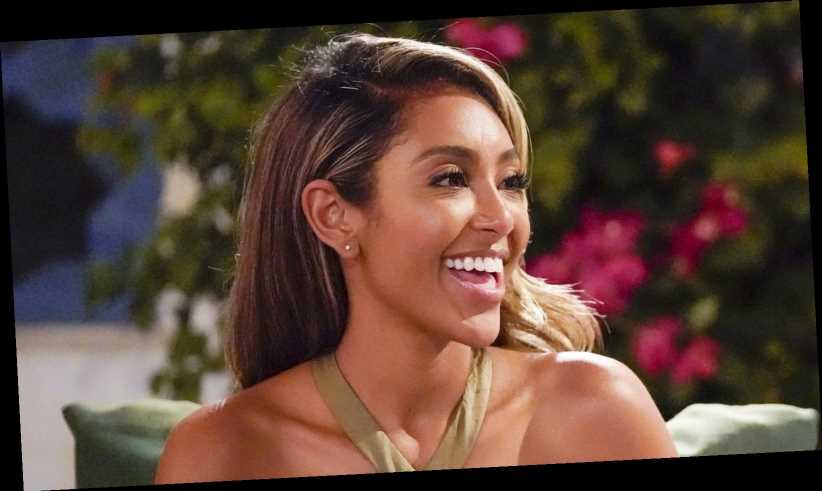 The most difficult part about starring on The Bachelorette for Tayshia Adams doesn’t actually sound like such a bad thing after all. It turns out that she fell in love more than once during her season! In a November 2020 interview, Tayshia confessed to Entertainment Tonight that she fell for several men: “Way more than I thought [I would]. I didn’t know it was possible to fall in love with multiple people. But when you just really lean into the journey and really be vulnerable, you never know what can happen. And it happened to me.”

Tayshia officially became the Bachelorette on the Nov. 10, 2020 episode of the reality show. Bachelor Nation fans, and nearly all the remaining Bachelorette contestants, were happy to see Tayshia come aboard the show. She is a beloved member of the Bachelor franchise, who was brought in after Clare Crawley ditched the show after falling for contestant Dale Moss two weeks into filming.

In the conversation with ET, the new Bachelorette spilled that she said “I love you” to multiple men, and there’s even a wedding dress at one point in her season! Read on to learn more about Tayshia’s time as the Bachelorette.

Will Tayshia Adams find her happily-ever-after as the Bachelorette?

Now that Tayshia Adams is now the official Bachelorette, fans hope she will find a love like Clare Crawley did. But the infamous reality TV spoiler Reality Steve has already weighed in about Tayshia’s happy ending. On his website, Reality Steve claimed that fans should enjoy “Clare and Dale’s love story since that’s the only one you’re gonna get this season.” Yikes!

In her first official episode, Tayshia seemed smitten with Brendan, picking him for her first one-on-one date. The Bachelorette spilled why she chose Brendan during an interview with Click Bait with Bachelor Nation podcast. Tayshia told Click Bait that Brendan “caught my eye night one.” People reported that Tayshia and Brendan bonded over their shared divorce experiences. According to People, the two “rode horses and kissed in the pool, prompting Tayshia to declare, “I am ready to go home with this man. I am telling you right now, Brendan is everything.”

According to Reality Steve, Brendan remains one of Tayshia’s favorites during her season, but we’ll have to see how everything plays out. In her own words, Tayshia falls for “multiple” men this season!