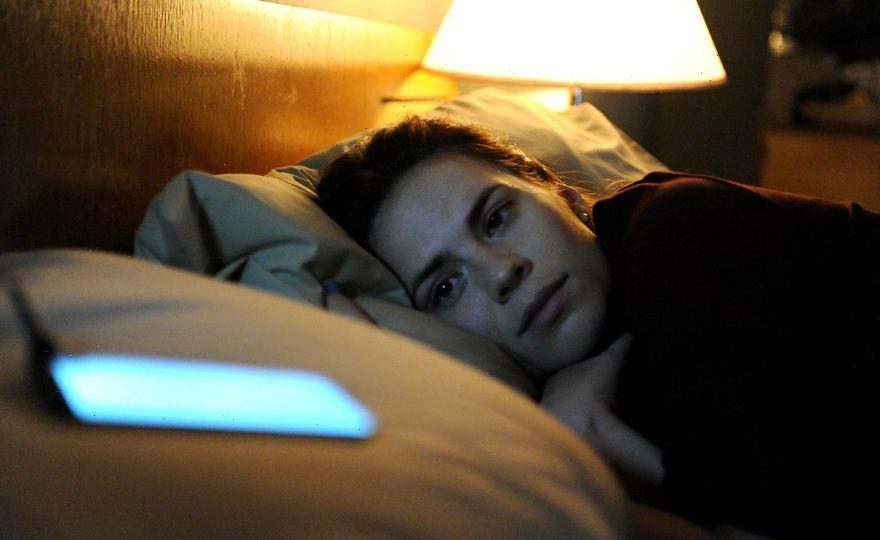 You know you’ve got a hot property when it sparks a bidding war among seven different companies in Hollywood. That’s the case with “The Jessica Simulation: Love and Loss in the Age of A.I.” It’s a San Francisco Chronicle article that just went viral within the last month, and Universal Television has now scooped up the rights to it, with an eye toward developing it into a limited series.

If you’re of the Black Mirror persuasion, the plot might remind you of the episode, “Be Right Back,” starring Hayley Atwell and Domhnall Gleeson (pictured above).

Deadline pegs “The Jessica Simulation” as a six-figure deal, but what’s more interesting, really, than any of Universal’s wheelings and dealings is the story behind this viral article. It’s about a man named Joshua Barbeau who, in his own words (on YourTango), “created an A.I. chatbot modeled after [his] dead fiancée to engage in a fantasy” where he could talk to her one last time.

He first programmed another chatbot “to behave like Spock from Star Trek” before technology tempted him (as it often does with fictional Black Mirror characters) to try the same thing with the personality of his late fiancée, the titular Jessica. This became the basis of that SF Chronicle article — bearing in mind that “SF” stands for “San Francisco” here and not “science fiction.” All of this happened in real life.

As Barbeau put it:

My motivations at the time were to better remember and honor [Jessica] leading up to her birthday, while also checking in on my mental health to see if I had any unresolved grief.

Martin Gero, creator of the NBC series Blindspot starring Jamie Alexander, will write and executive produce the adapted version of “The Jessica Simulation.”

“The Jessica Simulation” is just getting off the ground, and though it’s based on a true story, it’s one of those projects that is sure to draw comparisons to other TV shows and movies we’ve already seen. A cinematic point of comparison might be the 2013 Spike Jonze film, Her, starring Joaquin Phoenix as a reluctant divorcé named Theodore Twombly who falls in love with his virtual assistant, voiced by Scarlett Johansson.

Admittedly, that’s a little different than reconstructing your deceased bride-to-be as an A.I. in an attempt to find peace and closure. It’s really one specific episode of Black Mirror that “The Jessica Simulation” most closely resembles. Who remembers the moment in “Be Right Back” when Hayley Atwell’s character, Martha, first received an email from her dead boyfriend, Ash (Domnhall Gleeson), with the subject line, “Yes it’s me?”

A physical embodiment of Ash would eventually show up on her doorstep, and if you haven’t seen the episode, I won’t spoil it any further than that. Suffice it to say, “Be Right Back” first aired on British television in 2013 and Gleeson would have the tables turned on him just two years later when he sat down across from Alicia Vikander and bonded with her A.I., Ava, in Ex Machina.

Art imitates life, imitates art, imitates life again. As a Joshua with at least three friends named Jessica in his past, one of whom was hit with a breast cancer diagnosis at age 29, I can relate to the urge to reconnect with someone after they’re gone from your life or even perhaps gone from this Earth.

More details on “The Jessica Simulation” as they develop.