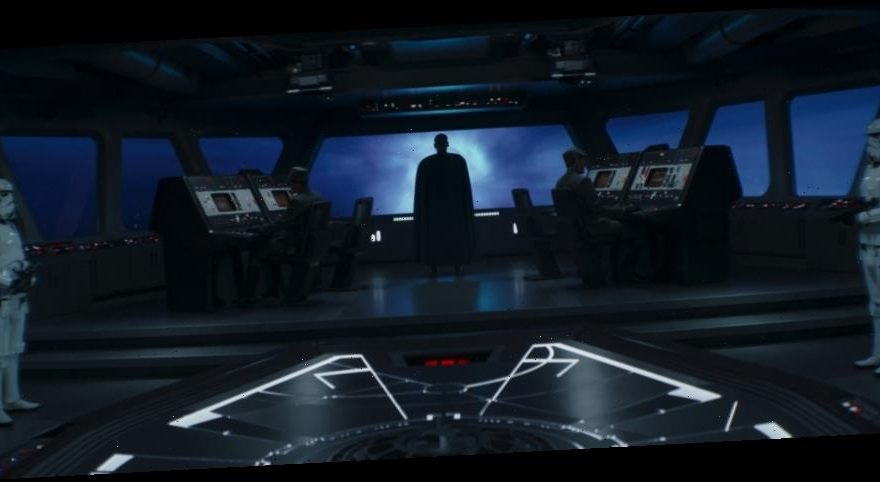 Spoiler Alert: This recap of  “The Rescue”, the season 2 finale of Disney+’s The Mandalorian contains major reveals.

No Baby Yoda didn’t get turned to the dark side of the force, and he did not die aboard Moff Gideon’s ship as Mando, with the help of Bo-Katan, Koska Reeves, Cara Dune, and Fennec Shand make their way to the Imperial vessel. Mando wants The Child back, and Bo-Katan wants the Darksaber and Gideon’s head, as well as his spaceship. However, Cara wants the Imperial Boss alive in tonight’s gripping season 2 finale which was directed by Peyton Reed and written by series creator Jon Favreau.

So what went down in arguably the most breathtaking Mandalorian episode to date? 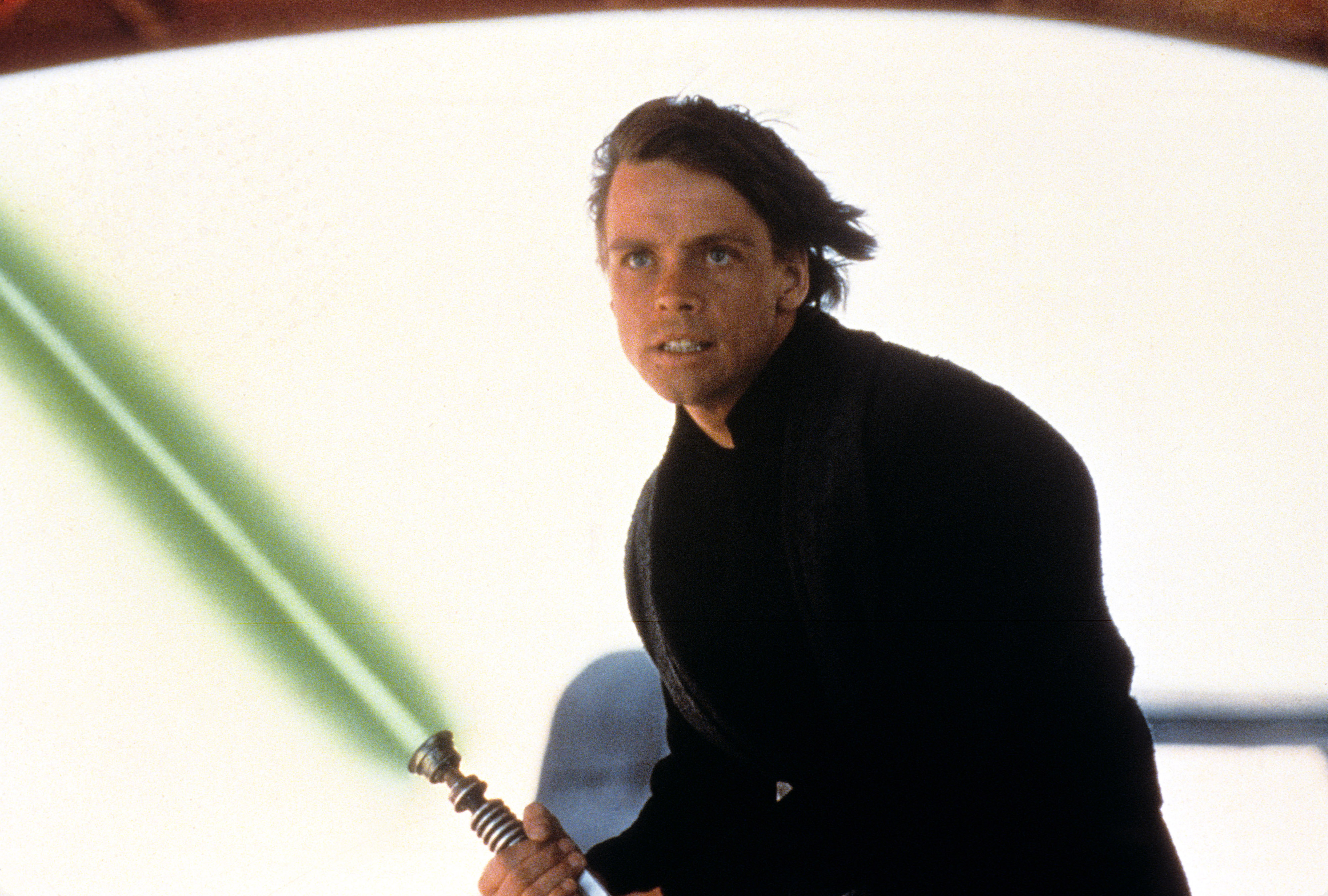 Luke Skywalker (a young CGI’ed version of Mark Hamill not unlike the young Carrie Fisher we saw in Rogue One: A Star Wars Story) and R2-D2 show up to save the day and takes The Child back with them to train. It was a shocker no one was really expecting. We could have seen Thrawn finally make an appearance tonight, and some even guessed that Ezra Bridger from the animated series Star Wars Rebels was bound to train The Child aka Grogu, but alas, the little guy was always meant to be under Luke’s watch.

Luke shows up in the final moments as our heroes are about to be taken over by a platoon of dark troopers. Even though Mando marooned them earlier by releasing them into space via an airlock, they wind up backing their way back to the bridge during the climax where our Mandalorian and Bounty Hunter gang has Gideon in cuffs. Luke flies aboard with his X-wing, slicing through stormtroopers and dark troopers like butter. By the way, the dark troopers aren’t that far from the Terminator in regards to metallic endurance, and near impossible for a guy like Mando to take out; our hero finally subduing one in the throat with his Beskar staff. Before Luke reveals his face, we know from the greensaber, black glove, Jedi get-up, that it’s the son of Anakin Skywalker.

At first The Child is reluctant to go with Luke, but the son of Anakin Skywalker tells Mando that he as his master must emotionally give the OK and tell Baby Yoda he’s allowed to go. Mando takes his helmet off for a second time this season, and gives The Child his approval. Gideon earlier tells Mando that The Child will bring balance to the force (gosh, sound familiar?), and that he was able to get the blood he needed from the kid. Luke tells Mando that Baby Yoda “is strong with the force but talent without training is nothing. I will give my life to protect the child, but he will not be safe until he masters his abilities.”

And though we’re not left with a major cliffhanger; it appears Baby Yoda for the moment has moved on, possibly back for cameos along with Luke. Given the scenes we saw in Star Wars: The Last Jedi with Ben Solo turning bad at Luke’s temple, it would be wild if Adam Driver returned in seasons to come.

But here’s what’s left dangling for season 3 of The Mandalorian:

–Mando agreed to join Bo-Katan and Koska Reeves in their quest to retake Mandalore in exchange for their help in rescuing The Child. As Bo explains, the Mandalorians have been in exile for too long. We can easily expect these events to unfold in season 3. 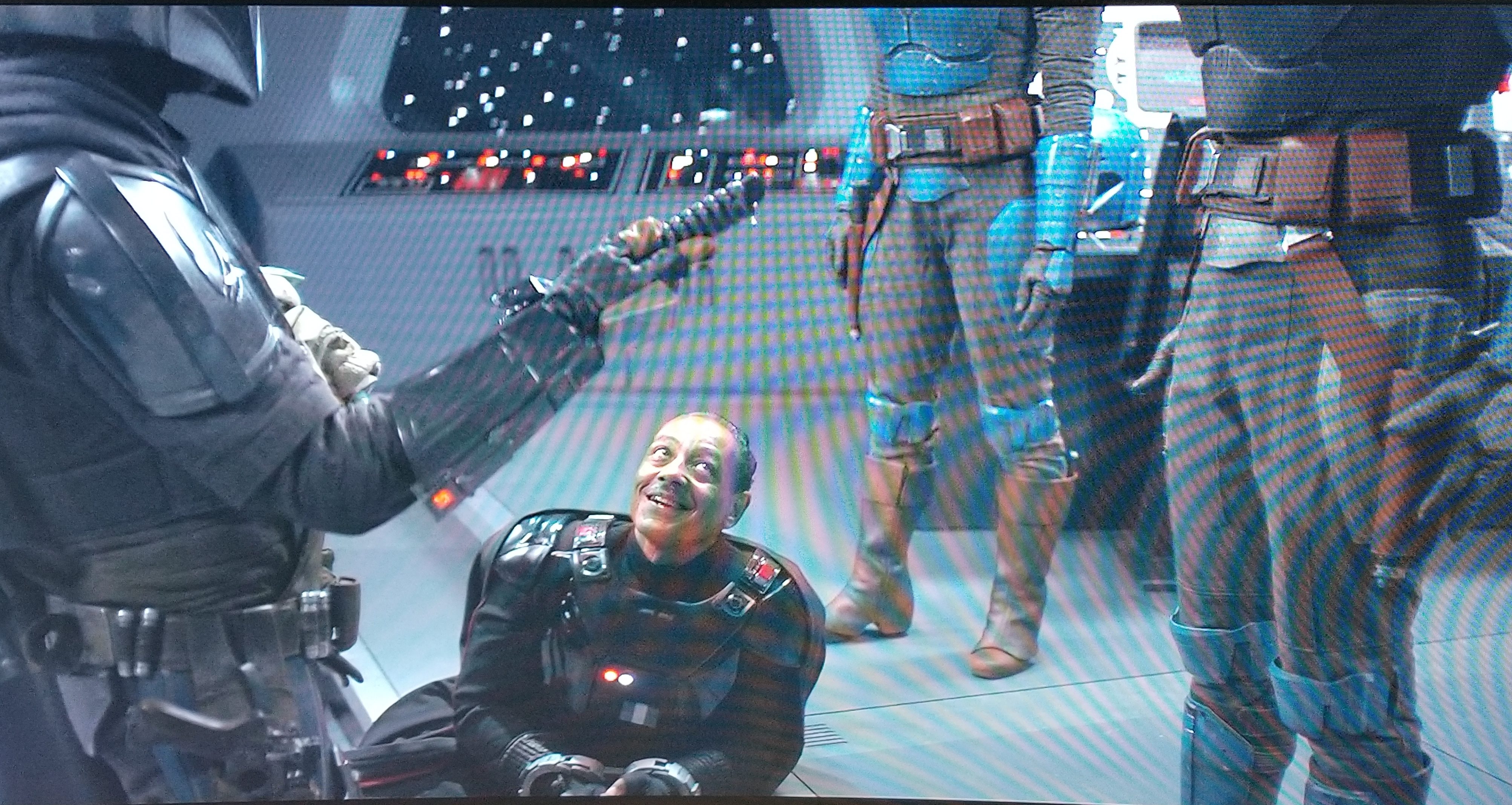 –But there’s a twist: It’s Mando who takes possession of The Darksaber. And as Gideon explains, he who wins the weapon in the fight has direct claim to the Mandalore throne. Mando tries to yield it to Bo, but Gideon says no way: She must win it from Mando in a fight. “Without the blade, she’s a pretender to the throne,” says Moff, an axiom which Bo acknowledges is true. So what happens? Does Mando keep the darksaber and become the leader he never expected to me, or does Bo fight him?

–When is Thrawn going to show up? And Ezra?

–What know for Moff Gideon? Cara takes him alive, right?

–Just like the Darksaber drove us nuts coming out of season 1 with speculations that season 2 would dive into The Clone Wars canon and characters, arguably the biggest headscratcherin regards to what’s next for Mando is — what in God’s name is his past with the Empire? This was a cliffhanger from last week’s penultimate episode The Tragedy when Mando unmasks himself and had his face scanned and recognized by an Imperial computer. The sheer, quick slight of hand sequence screamed that we have unanswered questions about this guy.

Until next Christmas when Season 3 drops again.