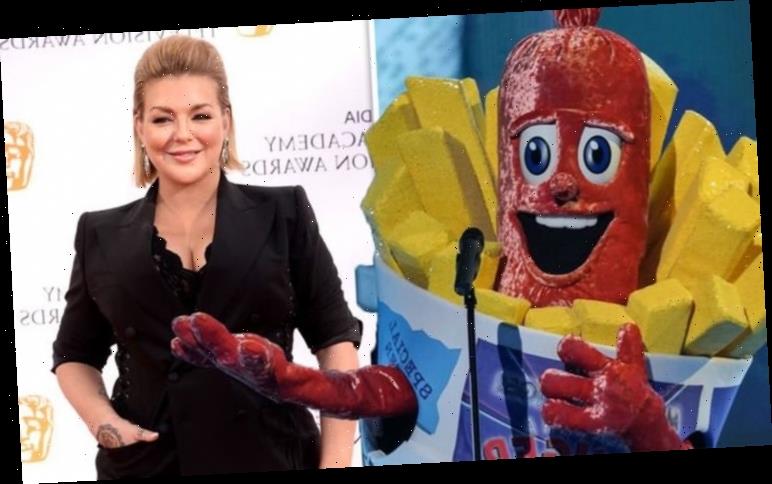 The Masked Singer: Sausage sings ‘I Will Survive’

ITV show The Masked Singer has had viewers put on their detective hats in recent weeks as the 12 stars have quickly been whittled down to just five with only Badger, Sausage, Dragon, Robin and Harlequin left to be unmasked. One person whose identity has continued to confuse the panel and those watching at home is Sausage. Guesses so far have included Stacey Solomon, Joss Stone and Stacey Dooley – but fans are now convinced it is, in fact, Sheridan Smith behind the eccentric costume. 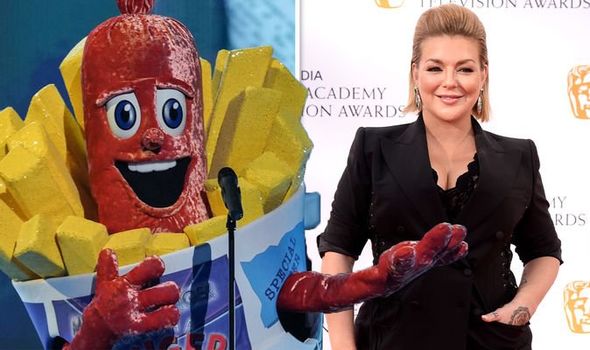 Last Saturday included a new set of clues for each remaining character.

Both Blob and Viking were eliminated, being unmasked as Lenny Henry and Morten Harket respectively.

With five stars still to have to give up their true identity, one person who is still leaving fans perplexes is Sausage.

However, one clue from last weekend has put into doubt some of the names heavily linked to the character.

One glaring hint for Sausage’s identity seemed to have come in the group opening performance, which saw the seven acts sing together.

Sausage sang the line: “They call me Stacey… that’s not my name,” in her part of That’s Not My Name by The Ting Tings.

With guesses so far having included Stacey Dooley and Stacey Solomon, many fans believe this was used to rule out both the TV favourites.

Many of those watching at home have taken to social media to give another name, Sheridan Smith. 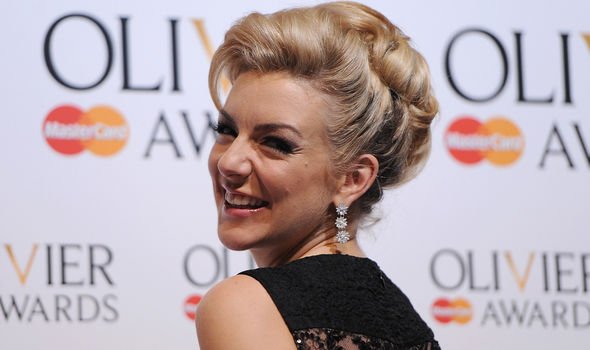 The Masked Singer: The Sausage performs on stage

Taking to Twitter, one fan said: “#MaskedSingerUK Sausage is 10000%, Sheridan Smith. I’d bet my life on it. What do you think?”

“I don’t understand how so many people are convinced Sausage is Stacey Solomon. One of the clues was literally 2 pints of lager & a packet of crisps. It’s Sheridan!! #MaskedSingerUK,” added a third.

A fourth agreed: “I’m going with Sheridan Smith. I’ve seen her in two shows and the voice really sounds like her but who knows! Loved loved loved Morten! #MaskedSingerUK.”

Other possible links to Sheridan include her costume, which some think could be a link to her role on the BBC show, Pooch Perfect.

Sausage also previously told viewers: “I don’t need a glam party, I’m very happy with a couple of beers and a bag of potato snacks.”

Fans are sure this alludes to the sitcom Two Pints of Lager and a Packet of Crisps which Sheridan made her mark on back in the 2000s.

In the first clue package, Sausage said: “The thing about Sausages is that they’re a combination of a little bit of everything, and I guess you could say the same about me.”

This could fit in with Sheridan, who has worked as an actress, singer and TV presenter in recent years.

But who will be the next two stars to have to give up their disguises in tonight’s semi-final?

The Masked Singer airs Saturday at 7pm on ITV.