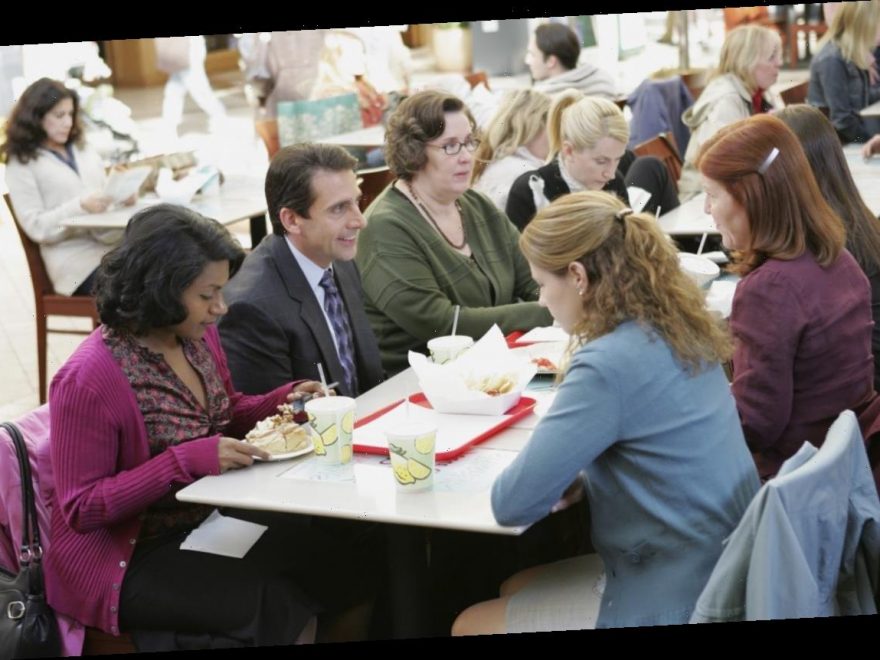 In the first season of The Office, Mindy Kaling was the only female writer. She also played the part of Kelly Kapoor, Scranton’s customer service representative who loves celebrities and workplace gossip. Being the only woman in the writers’ room, Kaling was a role model for the other women on the show. The Office was such a collaborative work environment that it wasn’t uncommon for an actor to talk with writers about thoughts they were having concerning their character. However, Jenna Fischer, who played Pam, found the room intimidating. So she went to Kaling for advice.

Fischer told Vulture that she asked Kaling for advice on how to be respected in the writers’ room because she felt like sometimes “peoples’ eyes glazed over” when she was speaking.

“And I remember her saying, ‘If you can get them to yell at you, then you know that they’re treating you like an equal and not like a girl.’ That made me feel brave,” recalled Fischer.

Never underestimate Kelly Kapoor’s ability to get what she wants. #TheOffice

So one day she went into the writers’ room and wouldn’t back down from an idea she had about Pam.

“I don’t think I won that battle,” she said, laughing, “but I did feel like I was listened to in a way that I never had been before, and I credit Mindy with that. And I got yelled at! I wear it as a badge of honor.”

Kaling had a different idea for Kelly than the other Office writers. She didn’t want her character to be just another drab Scranton employee.

“[Kaling] definitely had a very strong idea of who Kelly was and it just shifted out from under us,” Office creator Greg Daniels told Vulture. “And that was one of the very funny things, to see Mindy take this character and make it what she wanted in spite all of the higher producers’ efforts to try and keep it consistent.”

“I mean, aside from her face, there’s no similarities between what she looked like in season one and later seasons. And she’d do it very gradually. She’d say, ‘I think Kelly should get hair extensions.’ And we’d be like, ‘What? That doesn’t seem like it’s in character. We don’t really agree with that, Mindy.’ And the next thing you know, she would have persuaded the hair person to get the hair extensions,” he continued.

Mindy Kaling came up with Michael’s crush on Ryan

Kaling did a lot more than just round out the role of Kelly. She gave Michael Scott one of his funnier relationships–his relationship with Ryan. As Office fans know, Michael feels a certain type of way about Ryan. He thinks he’s hip, suave, sexy. He’s got a little man-crush.

“That was one of the first impacts she made on the show,” said BJ Novak. “It wasn’t building to any punch line. It wasn’t going to climax in any actual gay incident. It was just a weird dynamic that she could picture. I think that helped push the show into embracing odd, lifelike changes. It wasn’t just about a horrible boss and a beautiful couple in love and a militaristic weirdo sidekick. We all expanded it from that. But Mindy had a very big role in sort of delightful tangents. That is very much her voice.”

Novak says that it is Kaling’s style to make characters “love things.”

“Michael loved Ryan. That was very Mindy just because it was someone randomly loving something,” he said.