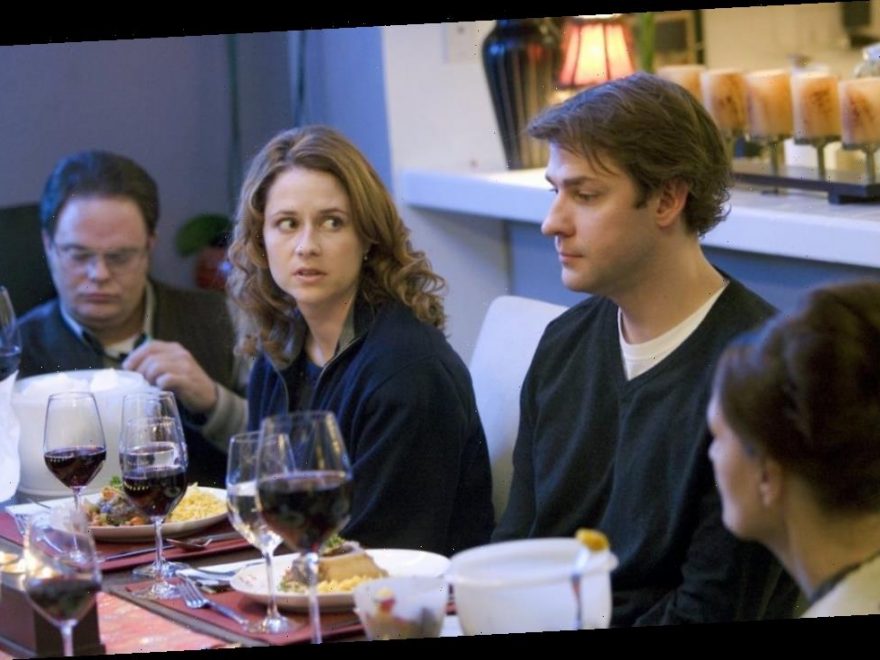 The people behind The Office didn’t always agree on the creation of their most popular episodes. The network called out a fan-favorite episode for being too dark. This is how creator, Greg Daniels responded to that and more.

What is the ‘Dinner Party’ episode of ‘The Office’?

The awkward episode starts with Michael (Steve Carell) tricking everyone in the office to stay late. He lets everyone go but then he invites Pam Beesly (Jenna Fischer), Jim Halpert (John Krasinski), Angela Kinsey (Angela Martin), Andy Bernard (Ed Helms), and Dwight Schrute (Rainn Wilson) over to his home for dinner.

It doesn’t take long for the guests to realize Michael and his girlfriend, Jan Levinson (Melora Hardin), are having problems. They don’t sleep in the same bed, Jan completely redecorated his home, and now she’s making candles for a living and they aren’t selling.

The dinner party ends with the couple having a blowout fight and the cops are called. Michael decides to stay with Dwight for the night. The story is pretty dramatic but there are many funny moments. However, the network still was worried.

The table read for “Dinner Party” was a huge hit and got applause for about a minute according to Office Ladies podcast hosts, Jenna Fischer and Angela Martin. But there was pushback from NBC.

“I guess the folks at NBC did not love this script,” Fischer said. “After the table read, Greg had a phone call with NBC. When we asked Wilson about this episode, he talks about that phone call.”

The network then decided to back off. “Dinner Party” is one of the few episodes that didn’t go through rewrites.

The episode is now considered as one of the best

The Office still holds up for many fans, and “Dinner Party” stands out as one of the best. This is interesting because it happens in a unique place and has an odd mix of characters.

But the episode leans hard in making the characters and audience feel uncomfortable. Almost no one really wants to be there but Michael and Jan are hoping to making money from their guests.

The actors also had a hard time keeping a straight face filming. Krasinski admitted to crying laughing during the scene where Michael shows off his TV, and Fischer wouldn’t stop laughing when Jan caught Pam eating a granola bar before dinner. It sounds like the actors had fun making the episode, and it was a good idea for them to not change it despite it being dark.