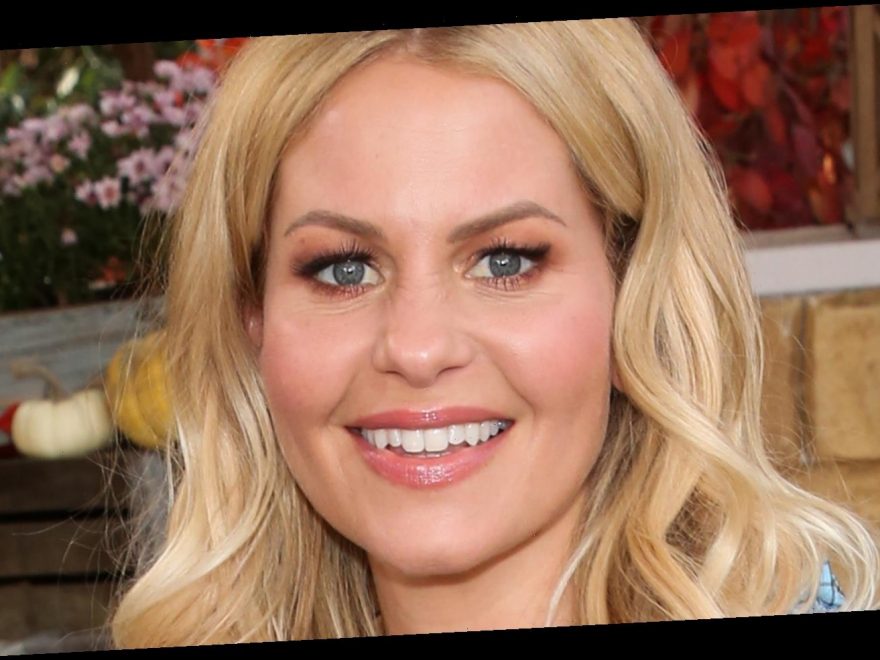 Candace Cameron Bure is no stranger to success. While the actor got her start in 1987 as DJ Tanner on Full House, Bure has expanded her career well into adulthood. The actor has become a staple on the Hallmark channel, and has starred in numerous holiday-themed films on the channel, including Switched for Christmas, Christmas Under Wraps, and Journey Back to Christmas, as well as the network’s Aurora Teagarden Mysteries series. Now, with dozens of Hallmark films under her belt, it’s clear that the child star has transitioned seamlessly as her career has progressed.

Despite enjoying the films she makes with Hallmark, however, Bure also has fear and anxiety about them. The actor has been in the spotlight since she was a child, so it’s natural that she feels worried about her projects and performances from time to time. During an interview, Bure got candid about putting too much pressure on herself and feeling “sick” over her films. Keep reading to learn more.

Candace Cameron Bure worries about her movies 'all the time'

During a March 3, 2021 interview on The Call to Mastery podcast, Candace Cameron Bure opened up about the anxiety and fear she has around her career. “I worry all the time about my movies,” the actor explained to podcast host Jordan Raynor. “I actually got sick to my stomach on this last Christmas movie that aired in November because I’ve created an anxiety for myself because my movies have been the top-performing movie seven years in a row, and you know, one day you’re going to slide off that pedestal.”

Bure went on to explain that she feels “sicker and sicker” every year out of fear that the movie or her performance will be underwhelming, but she has learned to let go of that fear. “I had to have a come to Jesus moment with myself in 2020 because I thought, ‘Why are you doing this?’ Meaning, why are you making the movies?'” After stepping back and reflecting on her career, Bure realized that she loves her job and loves making connections through her films, so she has learned to be easier on herself.

“I had to remind myself of my why and then let it go and just say, ‘You know what, it doesn’t matter what those ratings are,'” Bure added as a final note. With dozens of Hallmark successes under her belt, it’s safe to say that fans will continue to rally around Bure’s films no matter what.