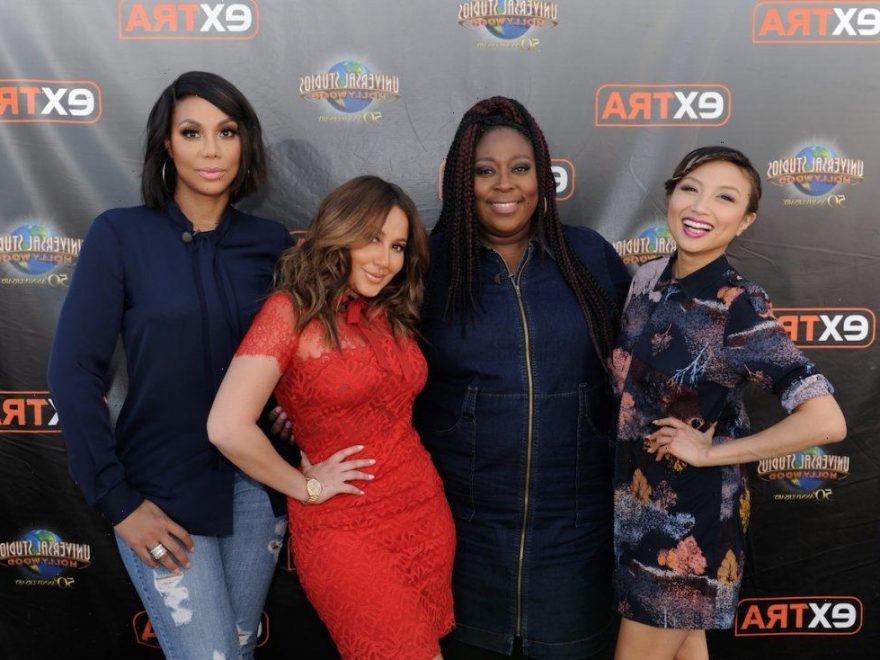 The status of Tamar Braxton’s relationship with her former co-hosts on The Real has been a constant topic ever since she was fired from the show.

Braxton exited The Real in 2016 and blamed the other panelists, creating tension between her and Adrienne Bailon, Loni Love, Tamera Mowry-Housley, and Jeannie Mai. But over the years, she’s been reconnecting with her former co-hosts one by one, most recently having a heartwarming interaction with Mowry-Housley. In an interview, Braxton spoke more about their relationship and her hopes moving forward.

As Entertainment Tonight notes, this all started in early May when Bailon posted an Instagram video of her reuniting with Mowry-Housley, who left The Real in 2020 to focus on other opportunities.

Captioning the image, Bailon wrote: “you’ve got a friend… forever. my #wcw @tameramowrytwo 🤍 going from seeing you everyday to not seeing you for a whole year. wow… i missed your face! love you amiga.”

In the comment section, Braxton dropped a broken-hearted emoji, a sad face, and another heart emoji. Mowry-Housley wrote back saying, “hi Tay Tay!!!! I miss youuuuu,” to which Braxton said, “I miss you too…& so much!” The moment quickly went viral, with many fans gushing over the interaction between the former co-hosts.

Reflecting on that moment with Mowry-Housley, Braxton told Entertainment Tonight that she couldn’t help but comment on the post as it “reminded [her] of old times.”

“For a while, Tamera and I relationship has been so strained, we even stopped following each other on social media,” she explained to the outlet, “and when I tell you it was really a moment that I captured of the two of them and it just really reminded me of old times, that was so beautiful and so magical. And I remember I used to be a part of that. And to be honest, I miss those girls. They were like my sisters. And so when I saw that moment, I just reacted out of what I saw and it really did help rekindle Tamera and my relationship.”

She went on saying: “I’m really so happy that I got a chance to talk to her and text with her and catch up with her, and I’m just so grateful that time heals all wounds. And we have a chance to really grow up and stay under construction and elevate to the next level of our lives.”

Braxton mentioned she first started “healing” from the feud once she got “new information” about her firing. She didn’t elaborate, but she appeared to be referring to her January claims that We TV allegedly orchestrated her exit instead of her co-hosts. She also suggested she hasn’t yet connected with Love or Mai, but she seems hopeful it’ll happen.

“I really hope to rekindle all my relationships and then we could probably do something for the public,” she continued. “But I think personally there’s a lot of things that needs to be said, and a lot of hugs that needs to be had. And these are really old wounds that run really deep, because we really, truly loved each other. And I don’t know. You never know.”