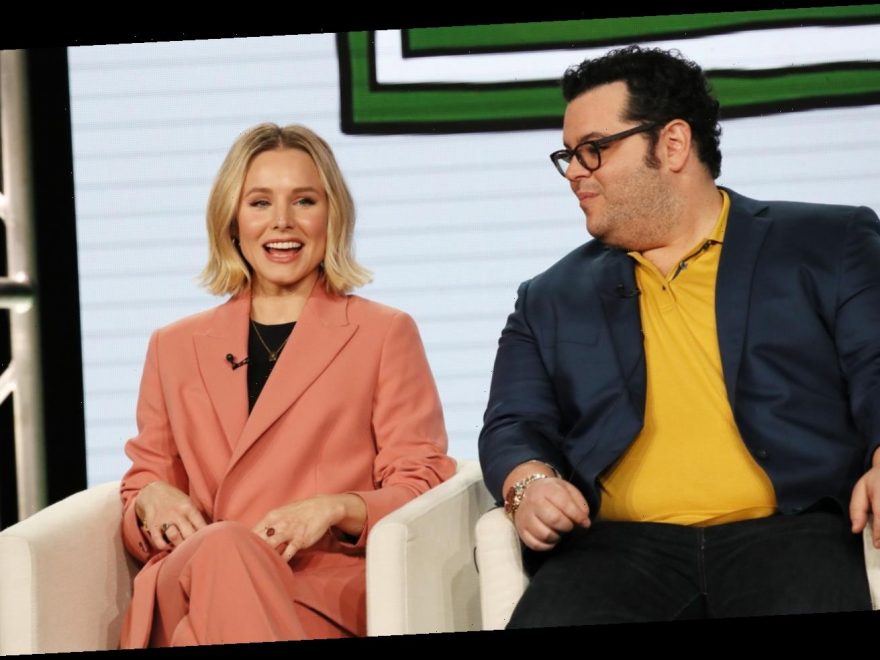 Sure, you know that Kristen Bell and Josh Gad have co-starred in Frozen and Frozen 2 as Princess-turned-Queen Anna and lovable snowman Olaf, respectively. And they both returned as voice actors in the Apple TV+ series Central Park, which premiered in May 2020. But did you know the two actors are as close IRL as their animated characters are on-screen?

From Bell offering Gad’s parents protection during a hurricane back in 2017 to the two actors taking a BuzzFeed BFF quiz together, these stars have gotten to know each other pretty well since they first starred in 2013’s Frozen. (Just look at their characters’ Frozen 2 song “Some Things Never Change” — you can’t fake that connection!) Wherever Gad and Bell’s ambitions take them next, they’re sure to have each other’s support.

Here’s what fans should know about Bell and Gad’s relationship, including how their friendship has strengthened over the years.

Back in September 2017, Hurricane Irma ravaged Florida, forcing many people from their homes. Incidentally, Kristen Bell was in Florida at the time filming 2018’s Netflix comedy Like Father with Kelsey Grammer. While she was there, she was able to get a second hotel room for her Frozen co-star Josh Gad’s parents, who live in Florida and had to evacuate their home.

“So @kristenanniebell literally saved my parents and my entire family tonight from #hurricaneirma. When they were stranded in Florida, she got them a hotel room at her hotel in Orlando and saved them, my brothers, my sister-in-law and niece and nephew,” Gad wrote in an Instagram post, sharing a photo of The Good Place star with his parents. “They don’t make them like this girl. Thank you [Kristen]. You are truly an angel sent from above.”

July 2020 marked Kristen Bell’s 40th birthday, and her Frozen 2 co-star shared a sweet message for the actor on her special day. “I don’t know if I have ever met a more caring, creative and kind individual than @kristenanniebell who today turns 40 and deserves the greatest party in the world,” Josh Gad captioned an Instagram photo of the two stars. “Happy birthday to one of the greatest human beings I will ever know. I love you Queen. Thank you for being you and have a beautiful birthday!!!!”

And in September 2020, the co-stars teamed up again to show support for essential workers during the pandemic. Bell and Gad, along with Idina Menzel and Jonathan Groff, surprised a healthcare worker with advice about her upcoming wedding, as part of Jimmy Kimmel Live‘s #HealthCareHero initiative. All four of the stars seemed stoked to talk to the nurse, and it’s clear that they’re all just as kind off-screen as their Frozen characters are in the movies.

Kristen Bell and Josh Gad are terrific singers (but Frozen fans already knew that). And if the two actors had their way — and depending on when Broadway theaters reopen after the pandemic — the two actors could bring their musical talents to the stage together.

In a BuzzFeed video posted in June 2020, Bell shared that her all-time favorite musical is Stephen Sondheim’s A Little Night Music. Gad, who was nominated for a Tony Award for his performance in The Book of Mormon, was excited to learn about his Central Park co-star’s love for the musical, which is apparently one of his favorites as well.

“Can we do that together? Can we do A Little Night Music?” Gad said to Bell in the BuzzFeed video. “I would love to,” Bell said in the clip, and the two stars sang a few lines from the show together. If there were ever a revival of the 1973 musical, these two would definitely be on board!

Between the two Frozen movies and Central Park, Bell and Gad have formed a fairly close bond over the years. And who knows — they could co-star in more projects in the future, too.