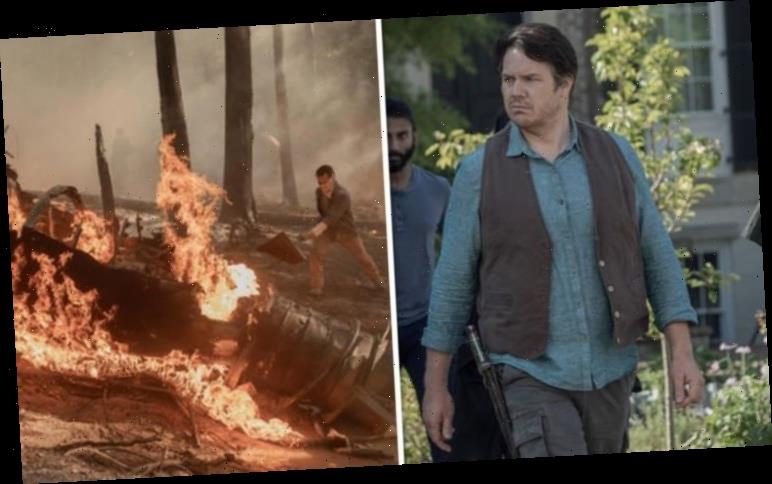 WARNING: The following article contains spoilers from The Walking Dead season 10, episode one.

Fans of the Walking Dead will have seen the first episode titled ‘The Lines We Cross’ when Eugene Porter (Josh McDermitt) works on a satellite as Michonne (Danai Gurira) desperately tries to move the group on. Now the satellite could bring a whole new meaning to the show.

The Walking Dead episode saw Eugene warn “Something of grave importance is about to happen,” when he sees the satellite open.

At a closer look at the machine’s markings, fans have found out something interesting about the machinery.

The markings revealed that machinery is actually an old Soviet USSR satellite.

Now, it seems the landing of the huge scar of metal is no accident. 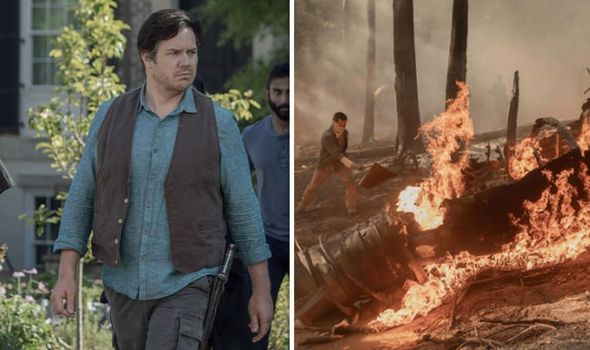 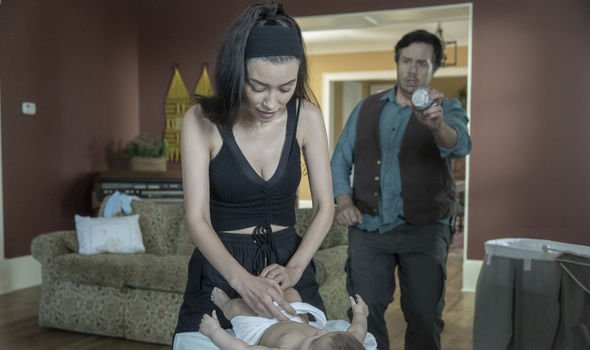 With the show confirming that the zombie virus exists outside of the US it seems there is more than one civilisation on the brink.

It’s highly unlikely that the Russians would allow the satellite to land on US soils with fear this could cause some kind of nuclear war.

This suggests Russia are distracted by other matters such as the collapse of their own civilisation.

Now, the showrunner Angela Kang has spoken out about the significance of the satellite. 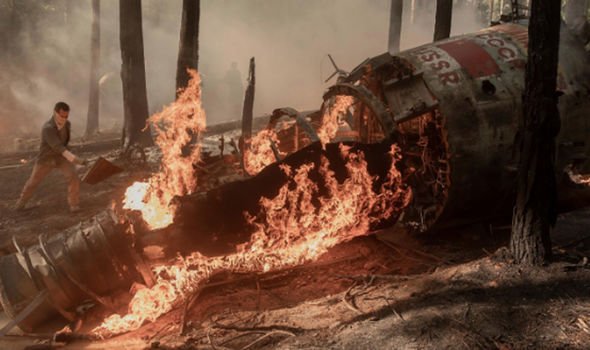 The showrunner explained: “It actually, weirdly, started with conversations about ships and ghost ships, and like these ideas of things that are drifting around on the ocean,”

“We were trying to think, ‘What are things that happen over time in an apocalypse that we haven’t explored on the show yet?’

“And so somebody brought up this idea of like, ‘Well satellites, like if they’re not maintained, they degrade and eventually fall out of orbit’. It even happens in our world now, but it’s not as common because they’re being maintained.”

The showrunners went on to reveal how the theme of the Cold War between the Whisperers and the heroes of the show came about.

She added: “Thematically, we wanted to kind of talk about a war that felt like it had Cold War aspects and the Whisperers like always watching our people, and so a satellite felt like a good metaphor for that,” Kang said.

“But we also just thought that that was a fun and, hopefully, a strange and exciting way to start the season and, you know, the satellite has other implications for the season going forward as well.”

Meanwhile, some fans think they have spotted signs of a betrayal, speculating Dante is secretly a Whisperer.

Reddit user NYStarLord explained: “Does anyone have a suspicion that Dante may be the Whisperer mask that was found?

Aside from acting weird, he seems to be relatively new to the group, based on when he was talking to Siddiq about ‘arriving to town on time for you to play house’.”

The fan went on to speculate Siddiq (Avi Nash) could be involved in the shock betrayal, theorising the character had more on his mind than the tragic events of season nine.

The user added: “It’s also weird how Siddiq was staring at him. I understand he has PTSD. But maybe he has guilt. Not survivors guilt. But actual guilt.

The Walking Dead season 10 continues Sunday on AMC and airs Monday at 9pm on FOX.