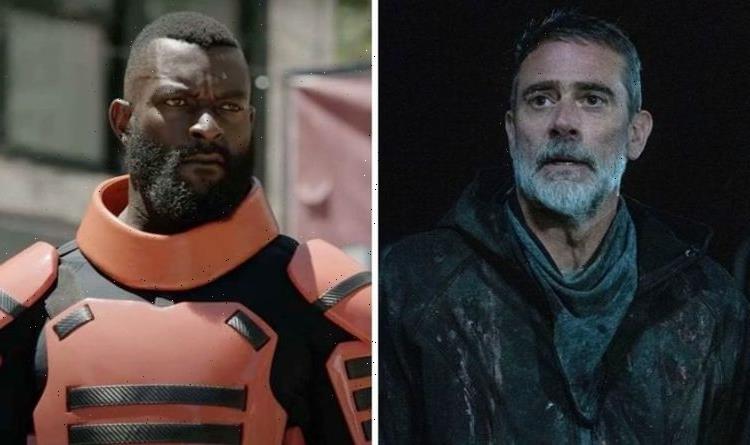 The 11th and final season of The Walking Dead is finally upon us after the exhilarating premiere episode on Sunday night. With new episodes continuing every week on AMC and Star via Disney+, Daryl Dixon (played by Norman Reedus) and the team could finally be one step closer to ending the zombie plague once and for all.

A new teaser for the ongoing 11th instalment of The Walking Dead has hinted a cure for the series’ mysterious zombification could be on the way.

As the military leader of the mysterious society known as the Commonwealth, the armoured soldier encourages viewers with a slogan, ‘be the cure’.

Although the trailer appears to be simple propaganda, their recruitment slogan could hold more truth than fans might realise.

With each episode arriving on a weekly basis, it may be some time before the secrets of the Commonwealth start to spill out.

Moreover, the final season will be airing in eight-episode chunks, so the conclusion won’t arrive until well into 2022.

In the meantime, impatient fans could turn to Robert Kirkman’s original comic books for answers.

Kirkman’s iconic series reveals the Commonwealth has become one of the most advanced communities in the years following the devastating event that kicked off the apocalypse.

As opposed to Alexandria, this society was based on a complex class system which assigned its citizens to the positions they had before the outbreak.

With a population well over 50,000, it’s not out of the realm of possibility that some scientists have managed to find their way into the city limits in the television adaptation.

If that’s the case, Commonwealth could actually be working on a secret project to find the cure to the zombie plague.

“It’s also possible that any cure being developed at the Commonwealth will turn out to be a source of false hope,” a recent article in Screen Rant warned, however.

“Much in the same vein that the mission to get to the CDC in season 1 ended up being.”

Plus, the new spin-off, The Walking Dead: World Beyond, set a decade after the initial outbreak, has confirmed the CRM is still unsuccessfully studying the undead.

Given the shady nature of the Commonwealth we’ve seen so far, their promises of a cure could just be a pipe dream to win over its citizens.

The franchise’s vast array of new and upcoming spin-offs could also dash hopes The Walking Dead will end on a happy note with its 11th season.

In addition to current offshoots, World Beyond and Fear the Walking Dead, there are several more additional series currently in the works.

Daryl and Carol (Melissa McBride) are set to return in their own adventures, plus Rick Grimes (Andrew Lincoln) will finally make a comeback in his own trilogy of films.

The Commonwealth may seem like the light at the end of the tunnel but, for now, it’s best to take their claims with a heavy pinch of salt.

The Walking Dead season 11 continues Sundays on AMC and Star on Disney+.