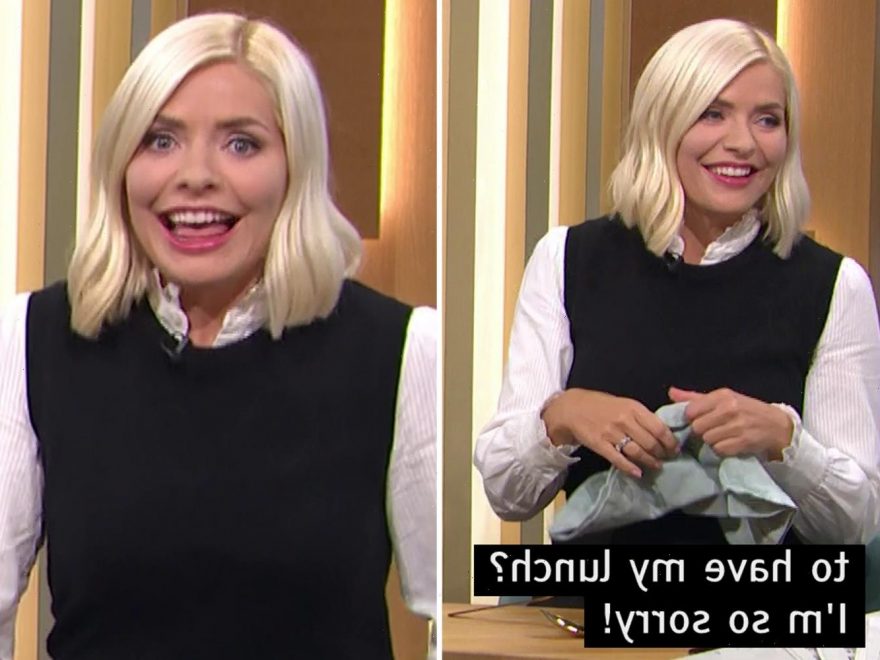 THIS Morning's Holly Willoughby collapsed into laughter today after being caught asking for her lunch live on air.

The 40-year-old star didn't realise her voice was going out over the airwaves as she spoke to chef Joseph Denison Carey. 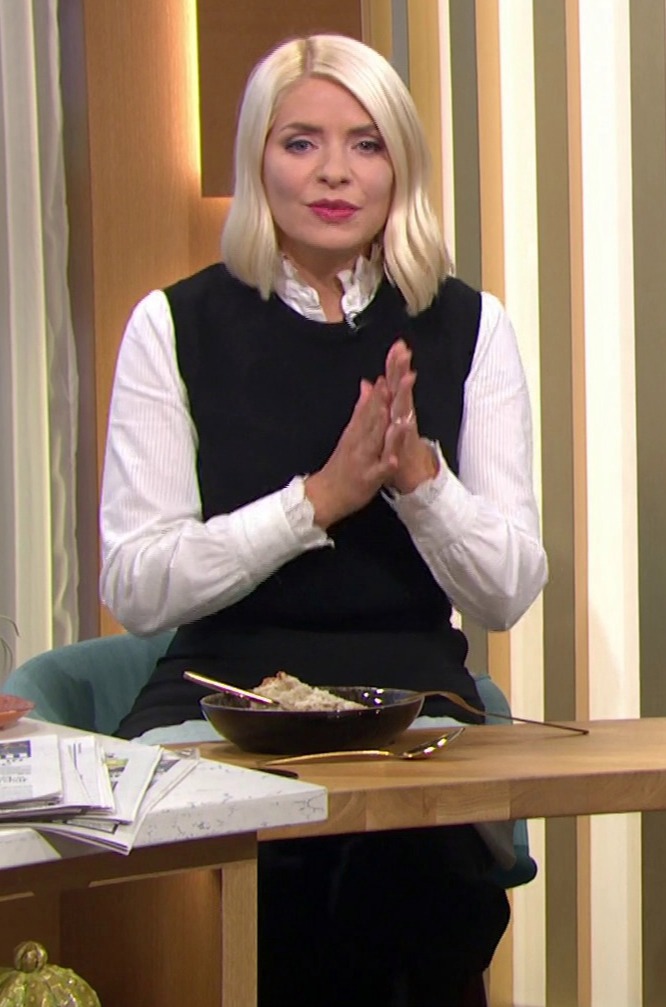 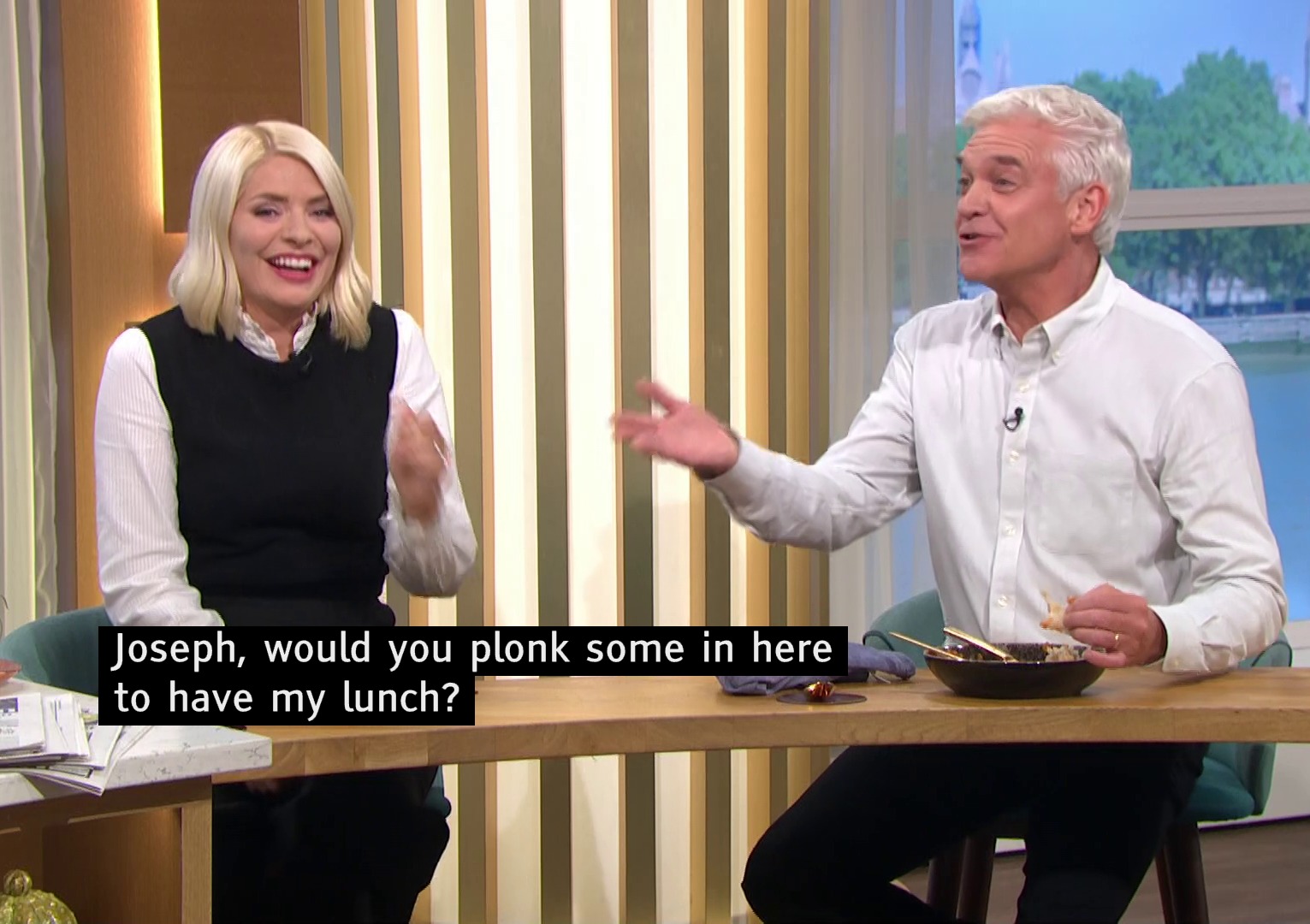 While the competition titles played she was heard saying: "Joseph, could you plonk some in here for me to have for my lunch?"

Laughing as the cameras returned she said: "Oh. I'm so sorry, I thought we were going to Natalie in Birmingham.

"I'm going 'Joseph can you put some more in there and I'll have it for my lunch'" She then mimicked her reaction, recoiling in horror as she realised they were still on air.

Co-host Phillip Schofield laughed, telling Joseph: "As least you know we're not faking the fact that we say we love it. Can we please have some more for our lunch?"

Cameras then cut to Natalie, who was working out in a Birmingham shopping centre to plug the mega-money competition.

After the show returned to the This Morning studios in West London, Phillip asked Holly: "Did you get the extra for your lunch?"

Chef Joseph, who is one of Holly's childhood friends, had been making chicken cacciatore in one of the regular cookery features.

The first time he appeared on the show she explained they were pals, explaining: "Joseph I have known since he was teeny teeny tiny.

"It's really weird for me to sit here now and see you all grown up on the telly." 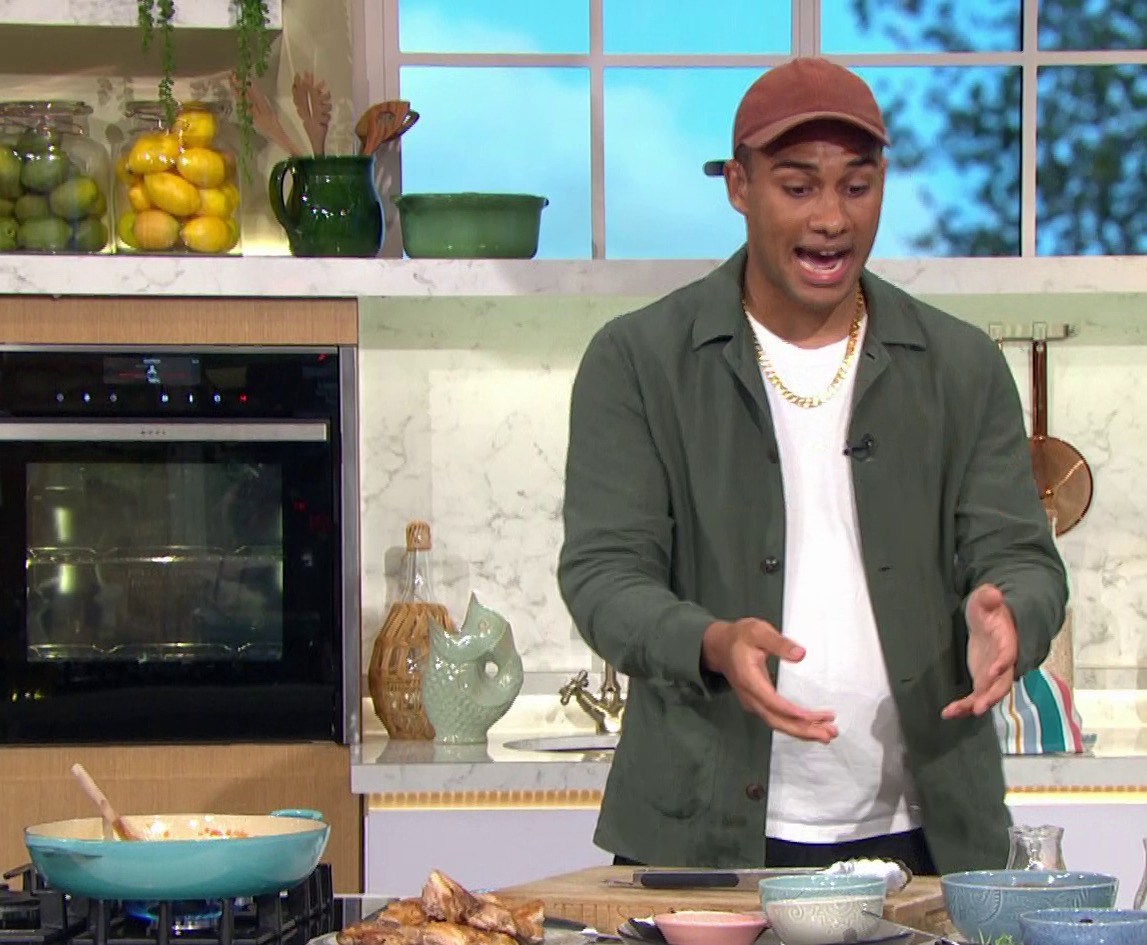 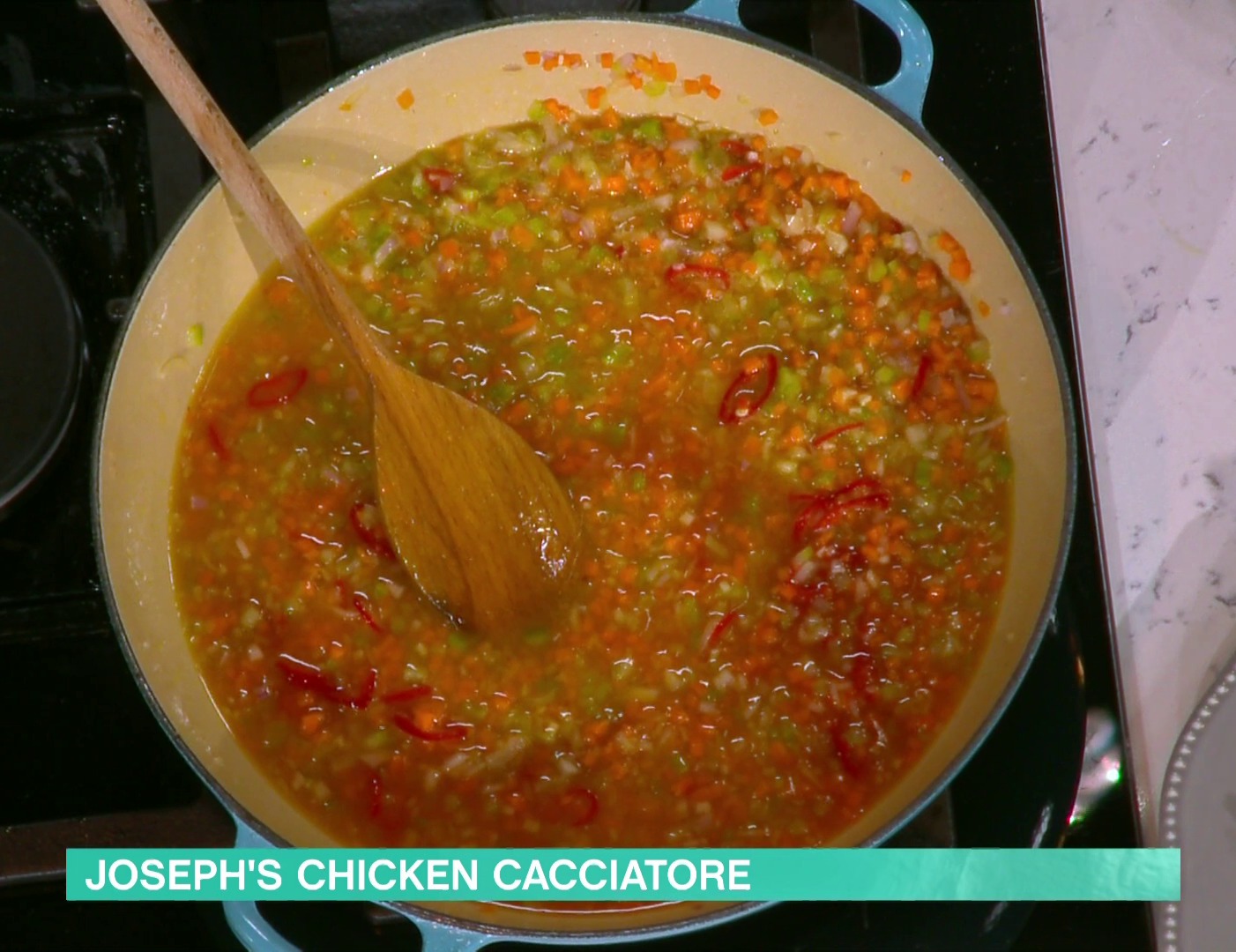