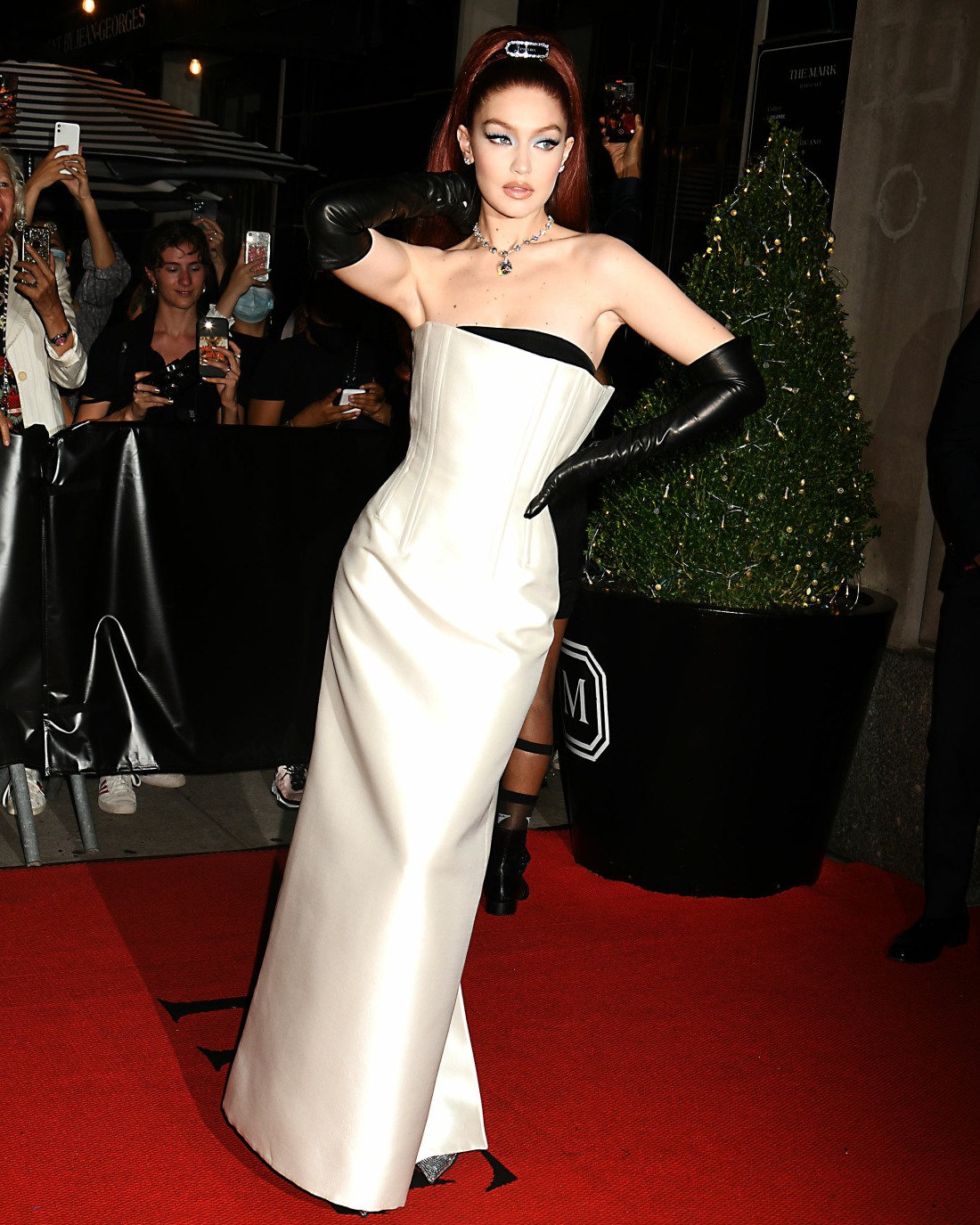 Gigi Hadid wore Prada to the 2021 Met Gala. This is her first gala since giving birth last year – I actually think we’re coming up on Khai Malik’s first birthday?? Which is cool. Gigi has been back to work since her maternity leave, but it doesn’t feel like she’s in our faces, which is nice. I also like her gala ensemble and styling. I mean, she’s not there to reinvent the wheel, and she basically just went with a nice gown with a corset. She did try to mix it up with a spectacular red wig though. It suits her! She should definitely dye her hair red, it looks great. 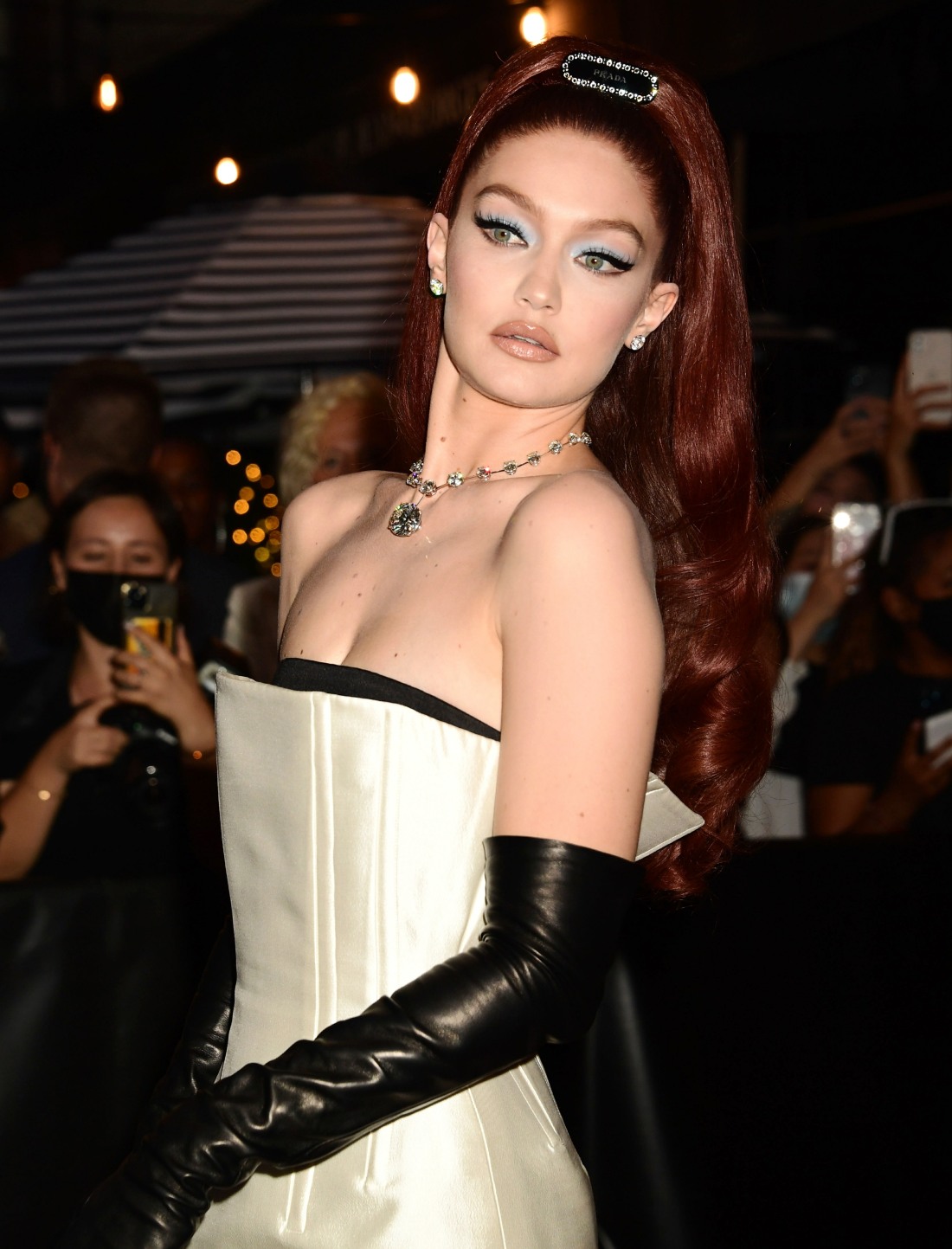 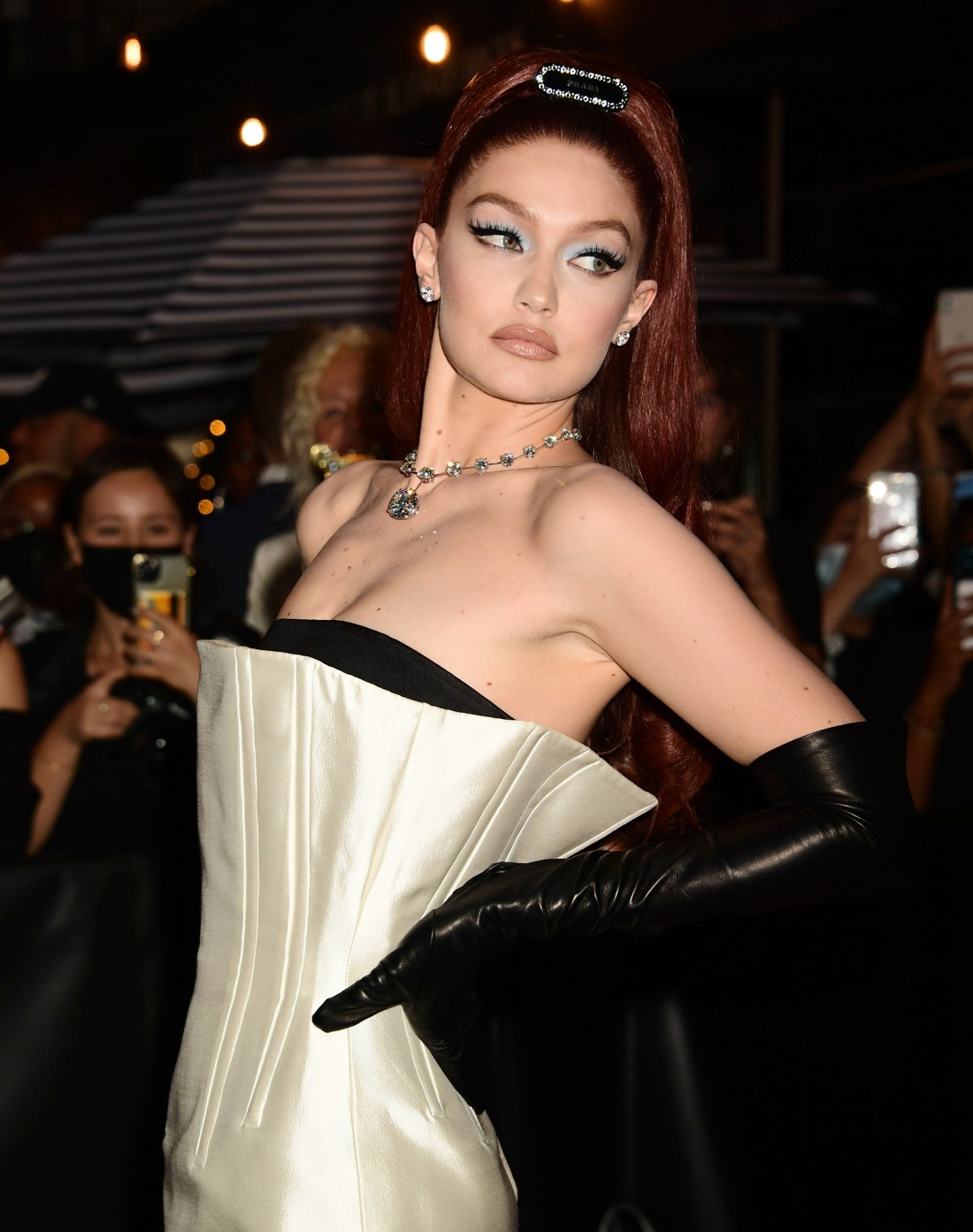 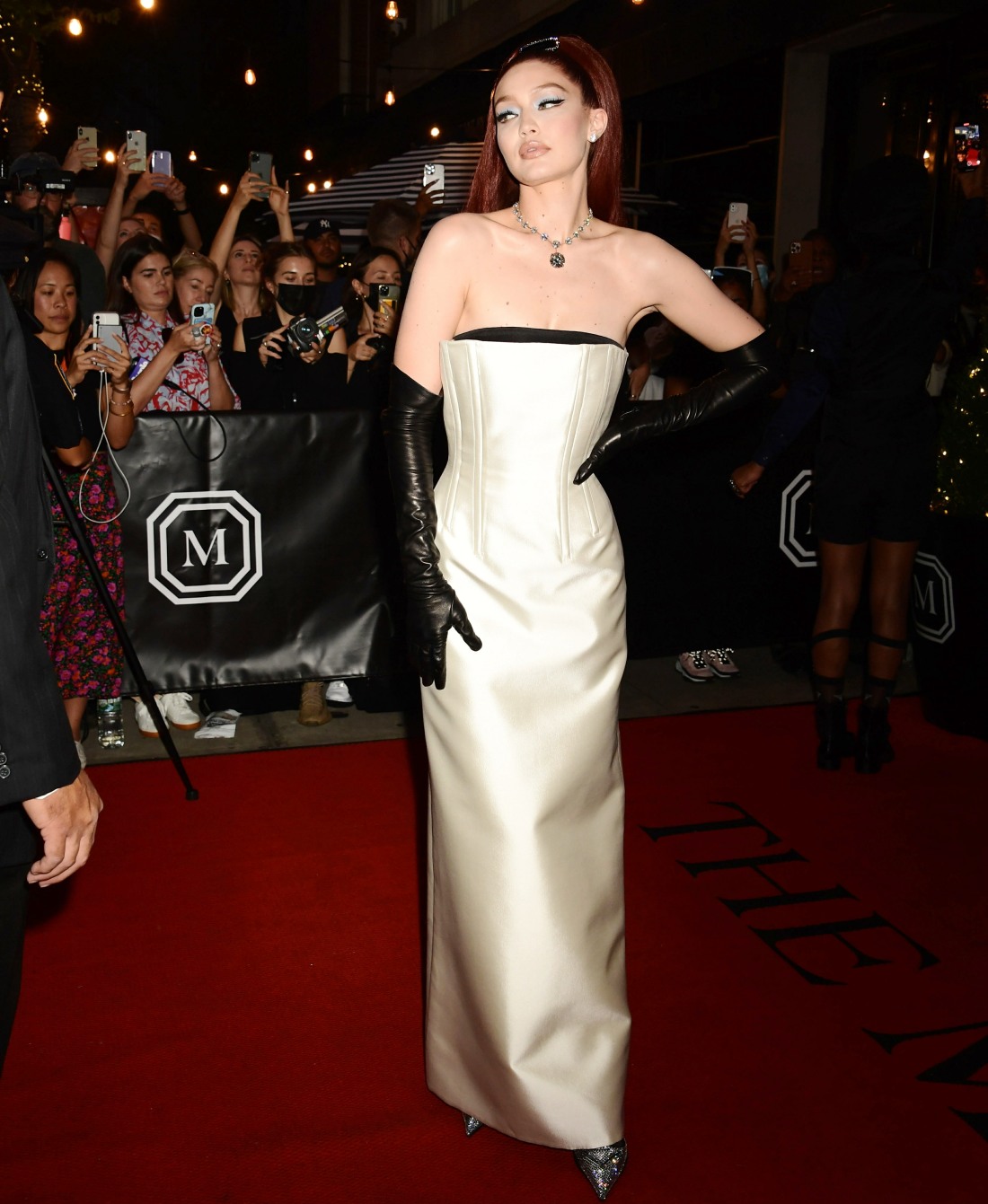 Rita Ora & Taika Waititi, both in Prada. If you watched the Vogue livestream, you probably noticed two things: one, Taika was hammered and two, Rita’s dress did not fit at all. It looked like she got the sh-t off-the-rack in a size too big. Rita seems to like Taika a lot but he seems to be… I don’t know, in his f–kboy feelings these days. 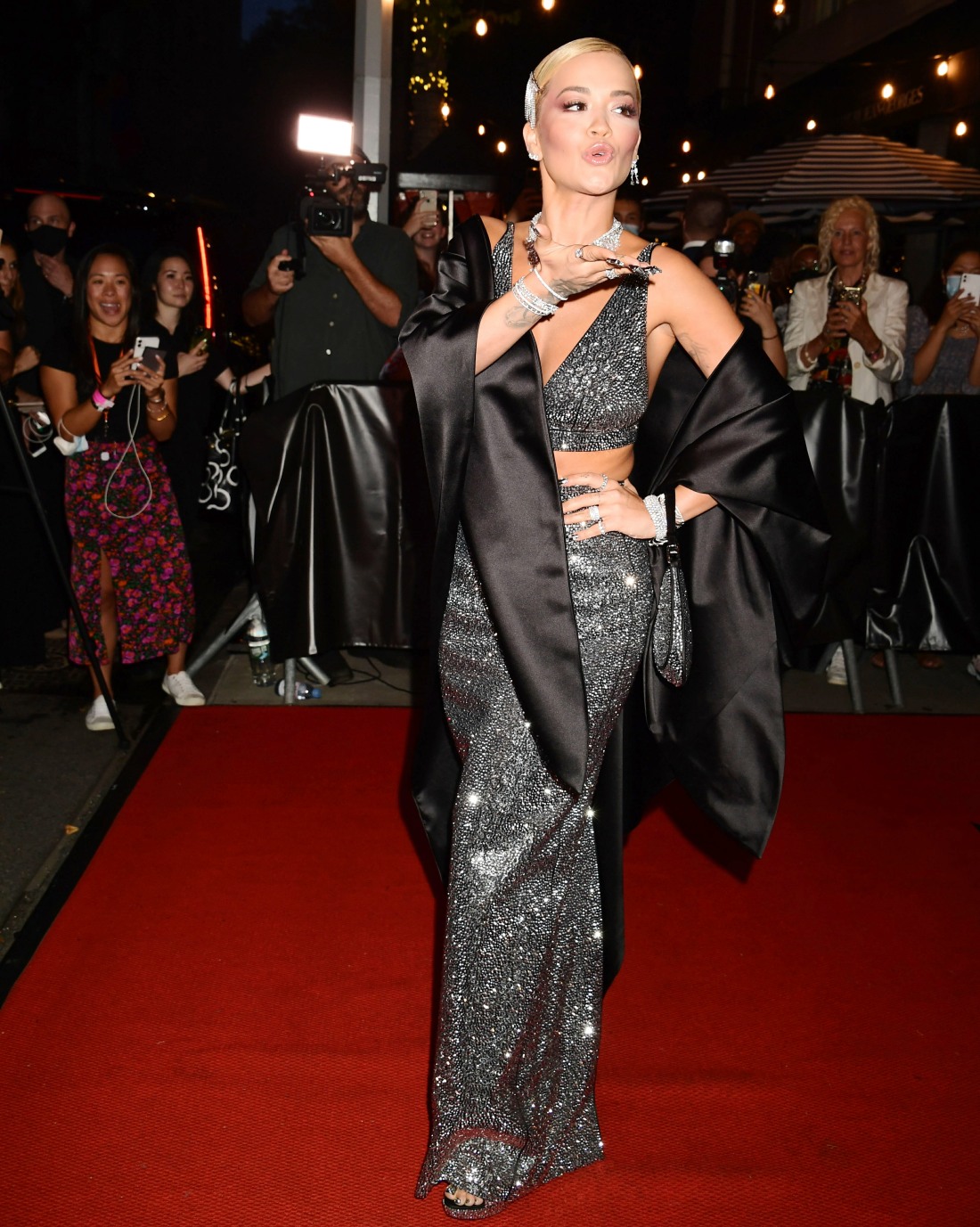 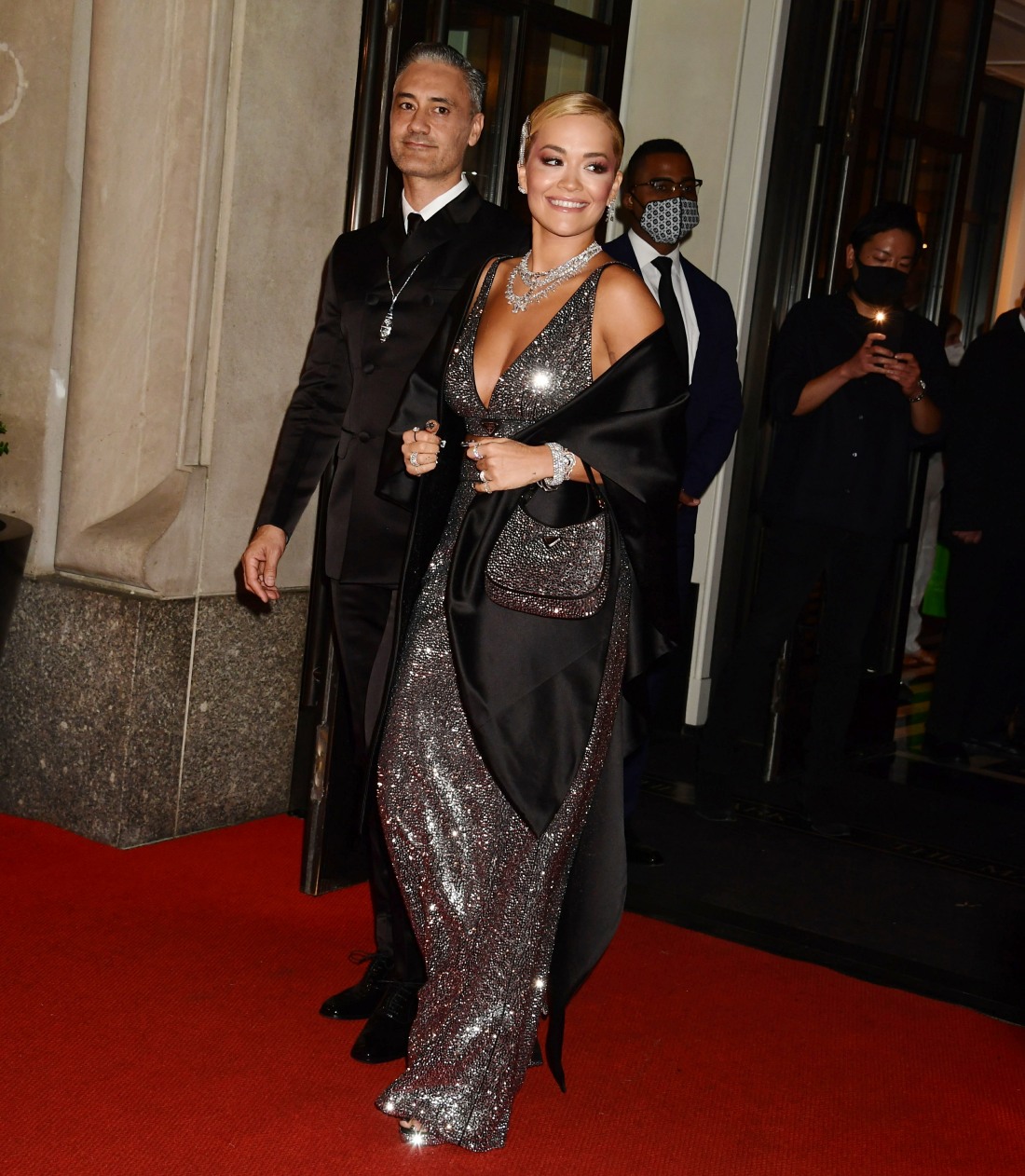 Storm Reid in Prada. An absolute mess of a dress, but she seemed to enjoy it. 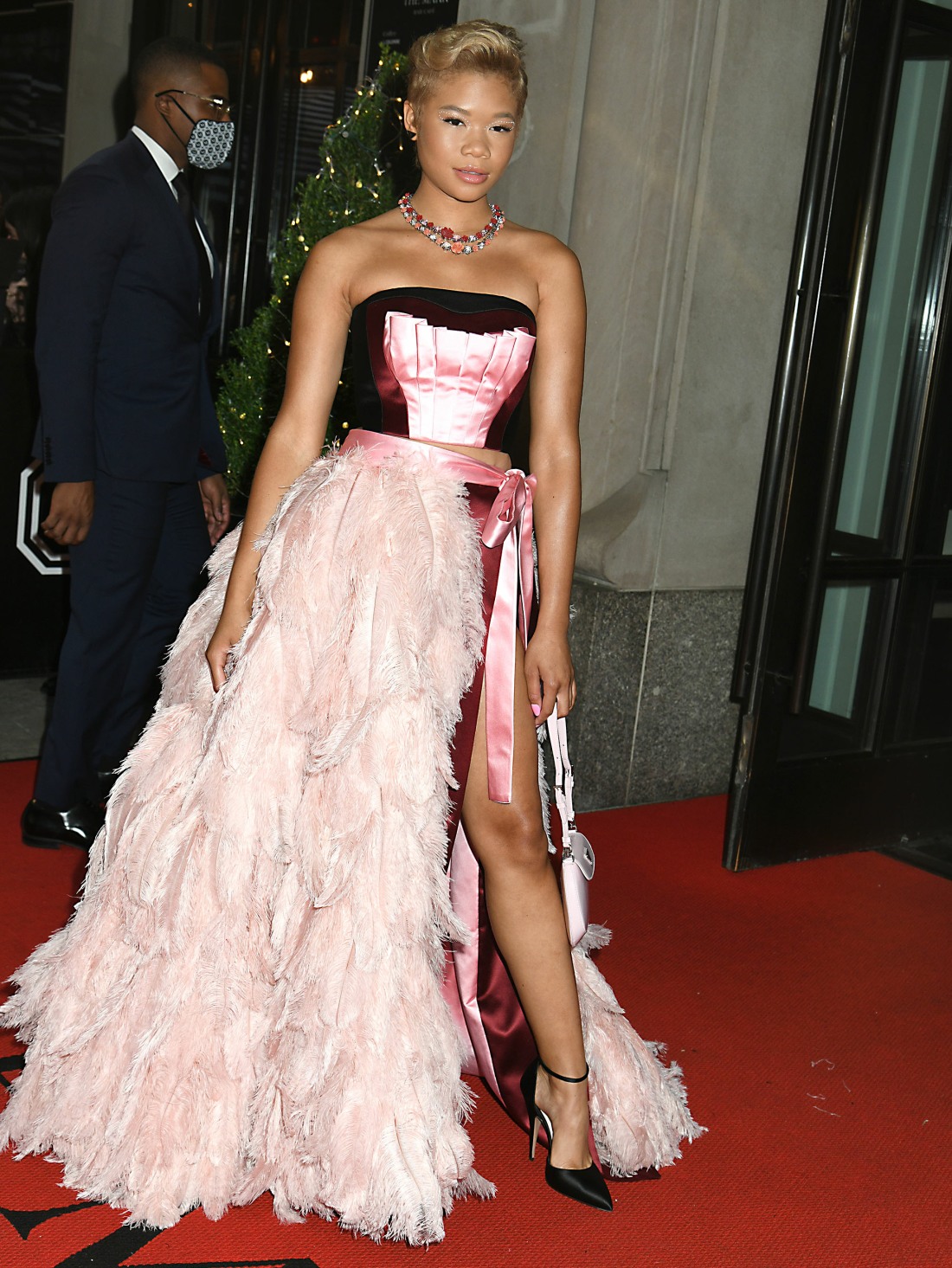 Frank Ocean wore Prada and carried one of the creepiest dolls I’ve ever seen. I love Frank but lord, I would not want to sit at his table with that doll.

Hunter Schafer in Prada – EXCUSE ME??