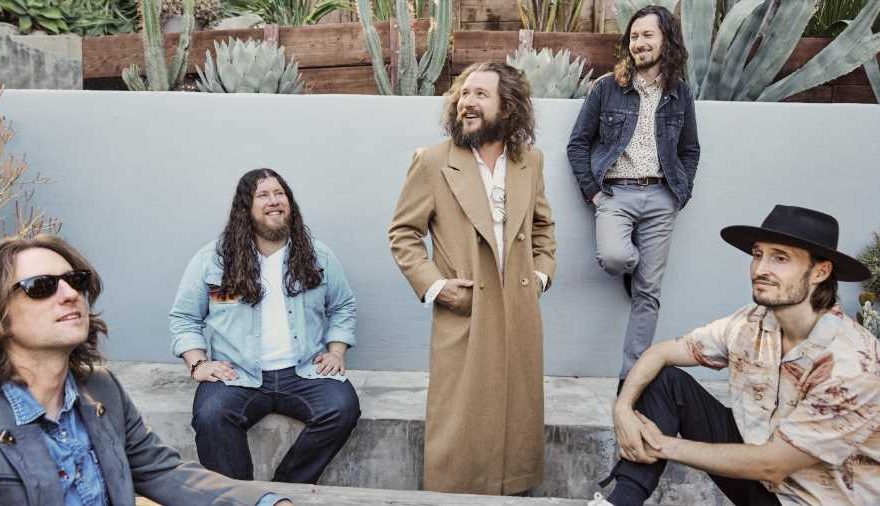 My Morning Jacket have released the first proper single, “Love Love Love,” from their upcoming self-titled album, out October 22nd via ATO Records.

The track boasts a subtle dance-y groove, with skipping drums and a rugged guitar riff leaving enough room for some spacey keyboard flourishes. The song builds to a climactic end that’s full-throttle rock & roll though, as frontman Jim James rips through a cathartic closing solo.

“Love Love Love” also arrives with a music video, directed by George Mays, that captures the band performing the song against a shifting background of colors, animations, and photographs. The animation in the clip was provided by Mero.

In a statement, James said of the song, “‘Love Love Love’ is trying to steer the ship away from everything I’m talking about in ‘Regularly Scheduled Programming,’ and speak toward positivity and pure love, finding truth within yourself and in the world around you.”

“Regularly Scheduled Programming” was the first song My Morning Jacket released upon announcing their next LP back in August. My Morning Jacket marks the band’s first album of all-new material since 2015’s The Waterfall (a sequel to that record, The Waterfall II, featuring unreleased music from the same sessions, arrived in July 2020). It was recorded at 64 Sound in Los Angeles, with James serving as producer and engineer.