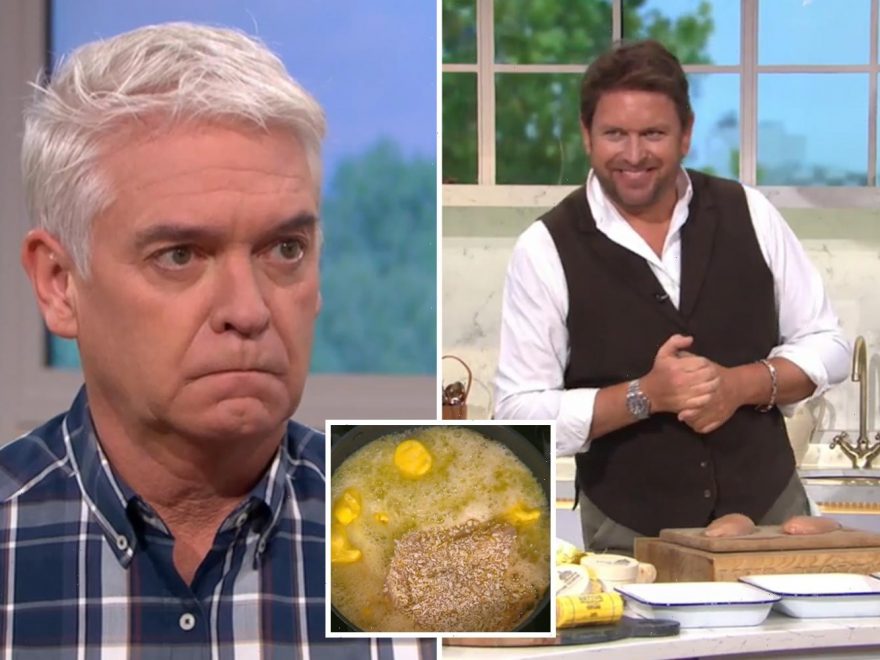 THIS Morning fans were left disgusted as James Martin used a whole PACKET of butter to pan fry a piece of chicken.

The TV chef appeared in a segment about cooking with butter as he encouraged hosts Holly Willoughby and Philip Schofield to use more of it. 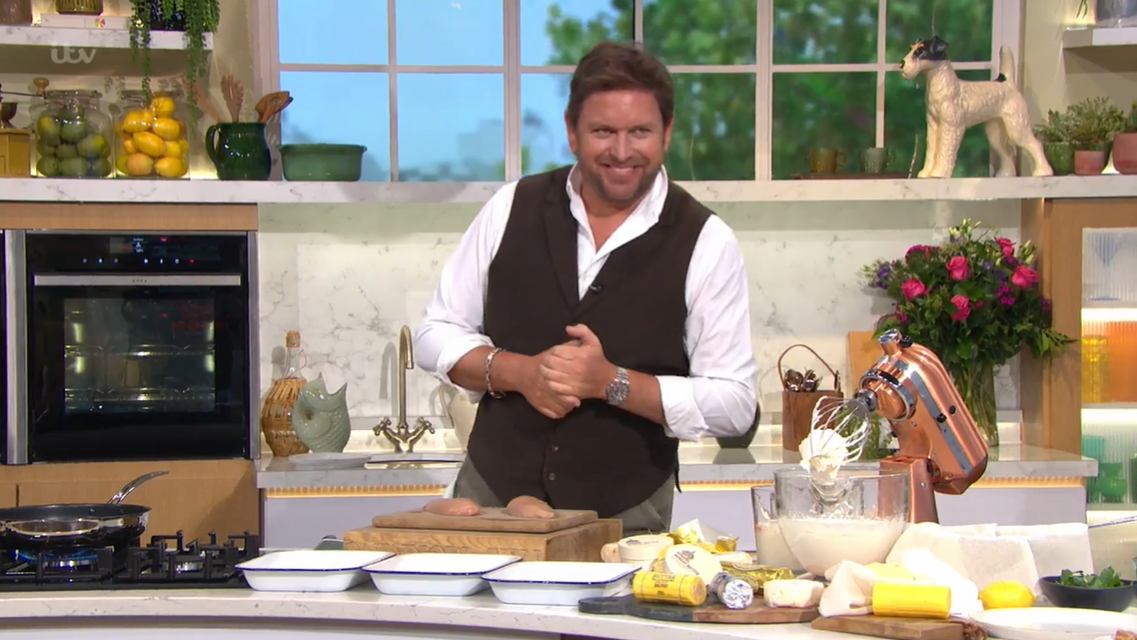 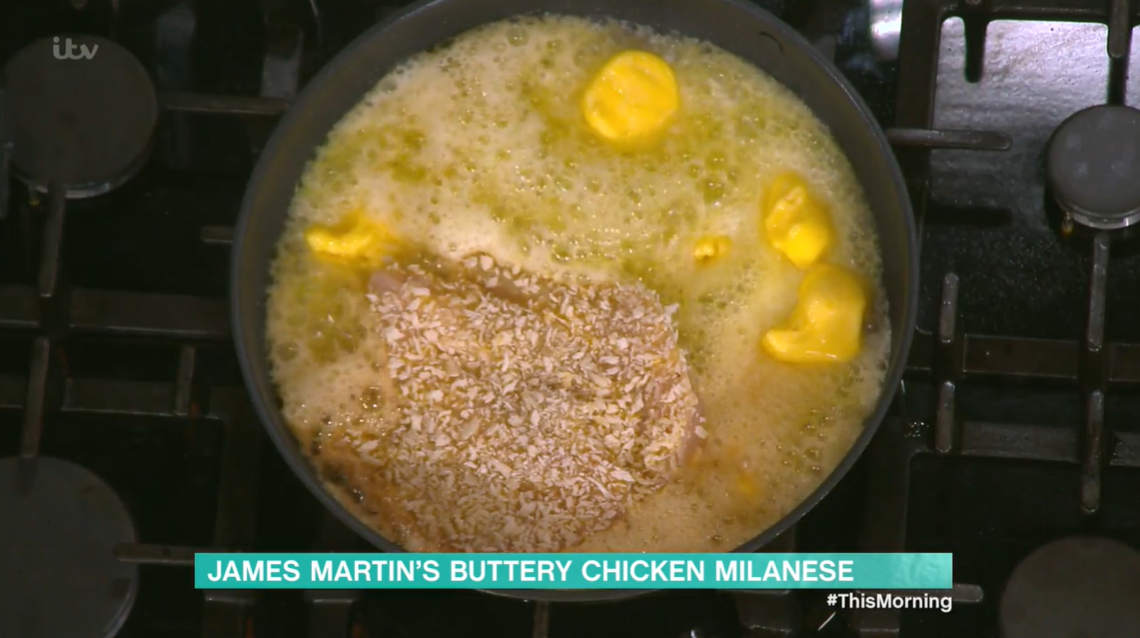 James, 49, came on the ITV show to promote his new book "Butter" – which features hundreds of recipes centering around the dairy product.

The star admitted he has been trying to dispel the belief that "butter is bad" as he told Holly, 40, and Phil, 59, he was preparing a butter-packed recipe.

"Since the 1960s and 1970s it's had a bad reputation due to its high levels of saturated fat," Phil introduced the bizarre cookery segment.

"Another study has analysed nine papers and more than 600,000 people concluded that consuming butter is NOT linked to a higher risk of heart disease."

"Research also shows that eating butter could also prevent a heart attack," he concluded, before the chef got stuck in prepping his chicken milanese.

"Butter is naturally good for you! Butter, pure flavour," James insisted as he prepared two chicken breasts in breadcrumbs to pan fry.

"The key to this, is you take a little bit of butter," he continued, as the camera zoomed in on him tearing up a whole PACKET with his hands.

As Phil and Holly watched on in horror, James threw all of the butter in the pan as he added: "It needs a block of butter."

"You know already just by looking at it, you know it's going to be great," James insisted, as Holly looked away saying: "I don't want to know."

The chef went on to explain how butter is made while his dish cooked – serving up a "butter board" for the TV hosts to try with fresh bread.

He went on to serve up the two crisp chicken breasts with some salad, but not before dousing it in two spoonfuls of butter from the pan.

"What you do is you take the butter – you do not waste this – you just put it on top," he said, once again shocking the co-hosts as they sat nearby.

"It is, I have to say, the best version of that I've ever eaten in my life," Holly gushed, while Phil chimed in: "It's absolutely stunning."

But fans at home were not so impressed – and admitted they were left feeling uncomfortable with the about of butter James was using.

"Heart disease on a plate, lovely," one fan said, while a second chimed in: "James Martin's recipe to a heart attack."

A third said: "The James Martin recipe: Butter. Add some butter. Grate some butter and sprinkle it on. Cook it."

"Never used so much butter in one thing in my life," one person chimed in, as someone joked: "If James Martin could literally f*** butter, he would." 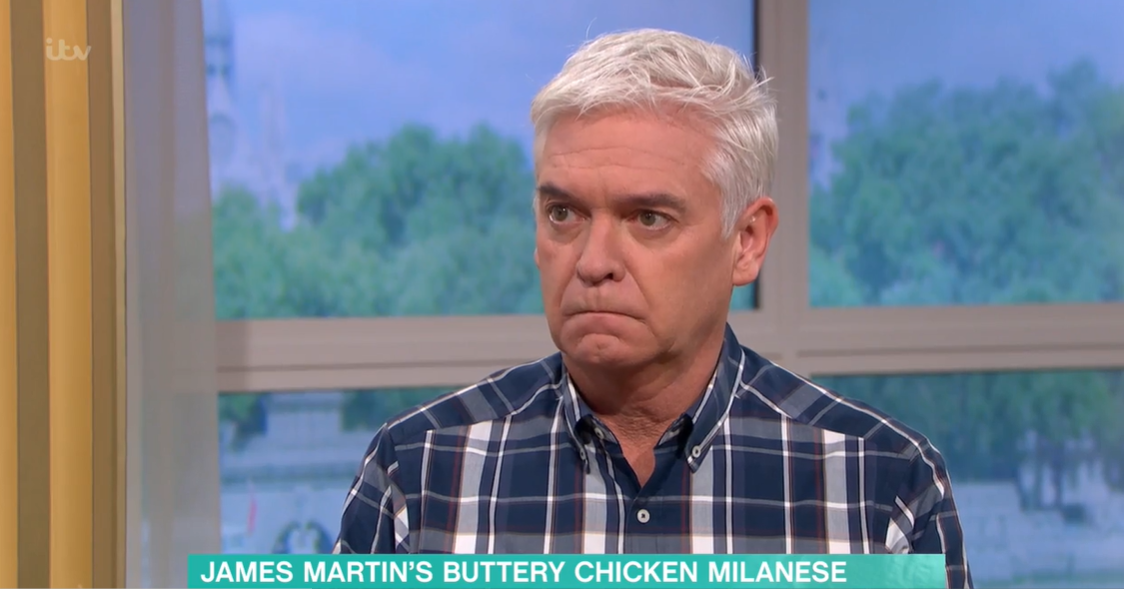 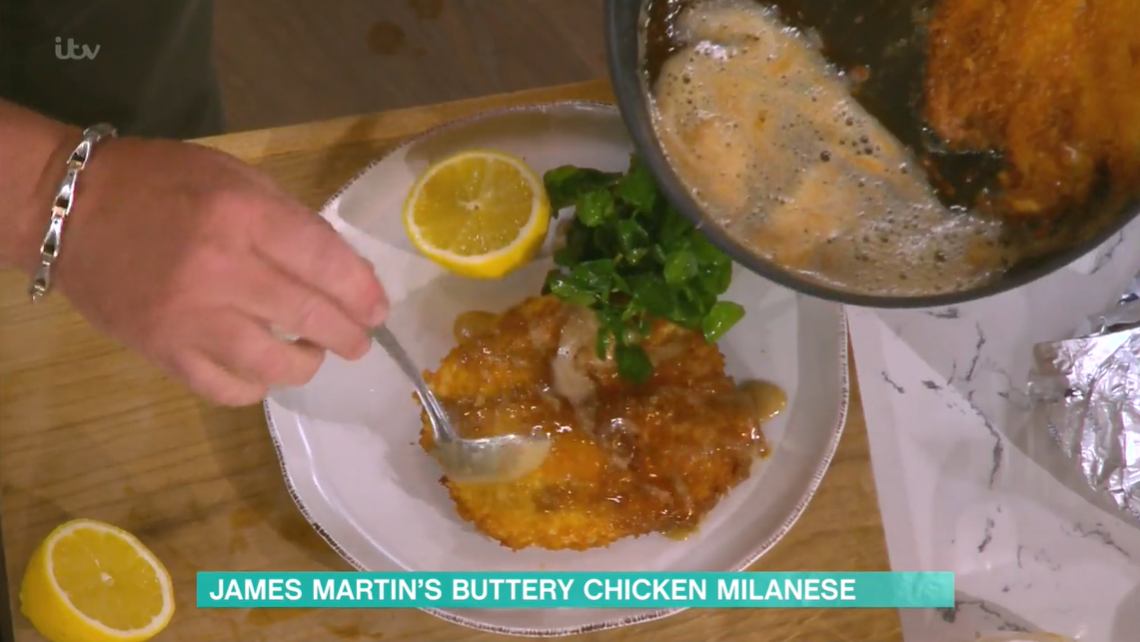