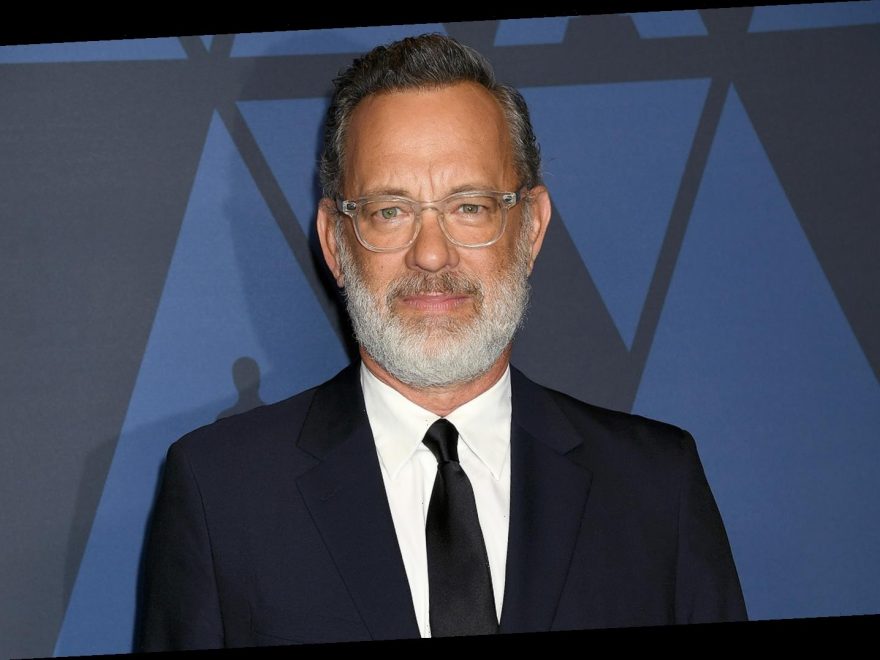 During Wednesday's episode of In Depth with Graham Bensinger, the actor, 64, spoke about the trauma his father experienced after seeing his own father killed when he was just a child.

“My dad got a raw deal when he was a very young man because he happened to witness the murder of his father in a fight,” Hanks said. “He was 8 or 9 or 10 years old and a hired hand killed his father in the barn of the farm that they were growing up in Willows, California."

Amos was "one of four kids and he was the only one there" when his father was killed, the actor said.

"He was broken by that experience. He had to go testify as a kid three times, with the lawyers and a judge and a flag and 'Do you hear by solemnly swear…,'" he continued. "It was a contentious fight by self-defense — because it was a fight. The man [who killed Amos' father] was acquitted."

The experience "ruined" Amos, the Greyhound actor said. "It robbed him of a carefree life. It robbed him of a sense of fairness in the world," he explained. "It was a black mark of injustice and unfairness that landed squarely on his young shoulders." "I don't know if he ever communicated the great joy of anything that happened in his life," the Oscar winner added. "My dad wanted to write, he had great artistic desires but life didn't deal him the cards in order to pursue them."

Hanks parents’ Amos and Janet Frager divorced in 1960. The actor said he “fell through the cracks” after his parent's divorce.

“Maybe sometimes there was a degree of loneliness,” he said. “I didn’t really have adults per se that were taking care of me.”

He added, “But I was not abused, I always had a key to the house and I could always drink all the milk in the refrigerator whether anyone was home or not.”