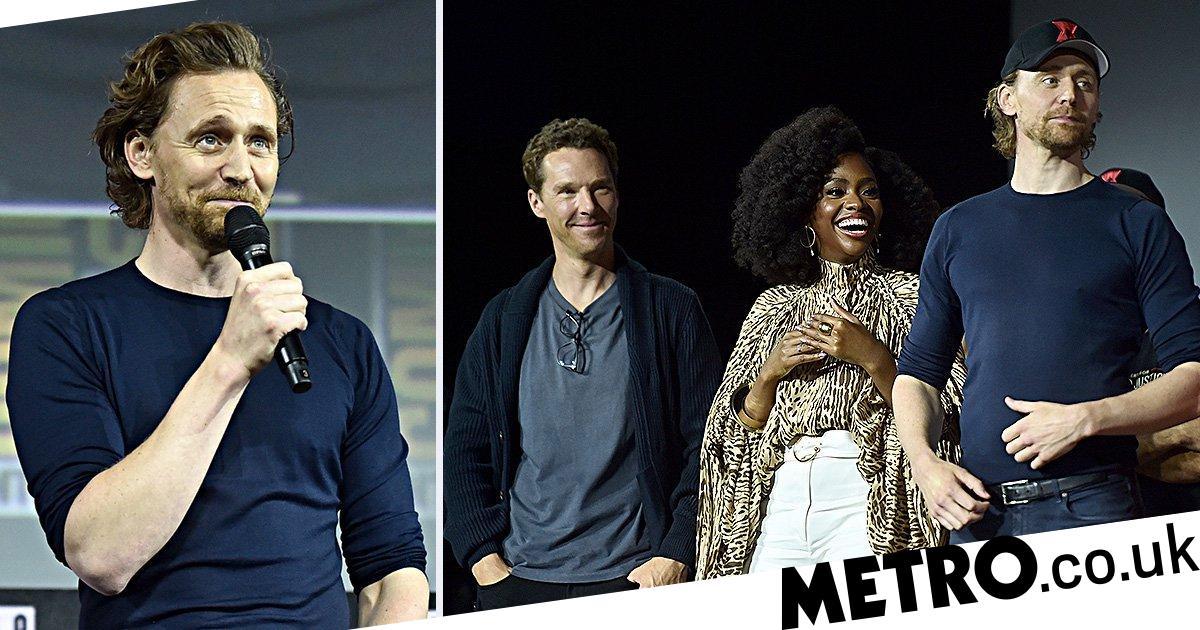 Tom Hiddleston dropped in to the Marvel event at San Diego Comic Con to talk all things Loki.

Tom is reprising the villain role for a spin-off series, that will involve a bit of time-travel.

The actor joined fellow Marvel stars including Benedict Cumberbatch on the day, and apparently dropped some teasers about the project.

Loki will follow what happened to the god of mischief after he disappeared with the Tesseract in the middle of Avengers: Endgame.

‘And just about the last thing that happened to him was that he got Hulk-smashed, so there’s a lot of psychological evolution that hasn’t happened yet, but Kevin has generously showed me what his plans are — I can’t tell you any of them — but it’s is one of the most exciting creative opportunities I think I’ve ever come across.’

Tom decided not to don his Loki costume as he has done in the past and went for a more casual outfit, teaming a plain blue top with blue jeans.

The Thor: Ragnarok star looked like he was enjoying himself talking to the passionate fans on the day.

Alongside him was Doctor Strange star Benedict Cumberbatch and actress Teyonah Parris, who was confirmed to appear in the Disney+ series WandaVision.

Benedict is set to play Doctor Strange again in the sequel to the 2016 movie, as Marvel continues its next phase post-Endgame.

Elizabeth Olsen’s Scarlet Witch will join him in the project, called Doctor Strange in the Multiverse of Madness.

The studio also announced Phase 4 movies The Eternals, Shang-Chi and The Legend Of The Ten Rings, Thor: Love And Thunder and Fantastic Four.

Superhero movie fans have lots to look forward to.